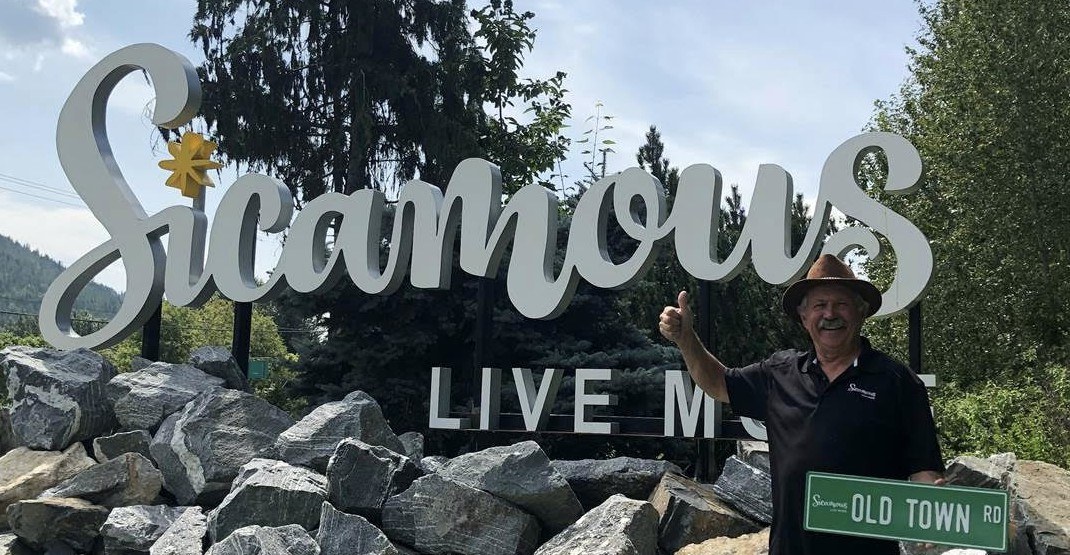 The hip-hop country mashup recently broke the record as the longest-running No. 1 single in Billboard Hot 100 history and is so popular in one BC town that it’s led to a string of thefts.

That’s because there’s an actual road in Sicamous, BC called Old Town Road and fans of the song have been repeatedly stealing the street sign.

Instead of being frustrated with the thefts, the Sicamous and District Chamber of Commerce has decided to replicate the signs and sell them as a nod of appreciation to Lil Nas X and his catchy song that shares a title with one of their streets.

“We’re all about having fun in Sicamous and our motto is “Live More,” so rather than focus on the negative that some signs have disappeared, we thought it would be more fun to offer up a re-make of the signs for purchase!” Amanda Passmore, a representative for the District of Sicamous, told Daily Hive in an email.

A limited supply of the signs officially went on sale on August 2, and go for $25 a pop, plus GST.

The hype doesn’t stop there. Sicamous residents are so enthusiastic about having an Old Town Road, that they even came out with their own music video paying homage to the Lil Nas X hit.

While the video doesn’t feature the hip-hop phenomenon, it does star Sicamous Mayor Terry Rysz who does manage to take his horse down the old town road.