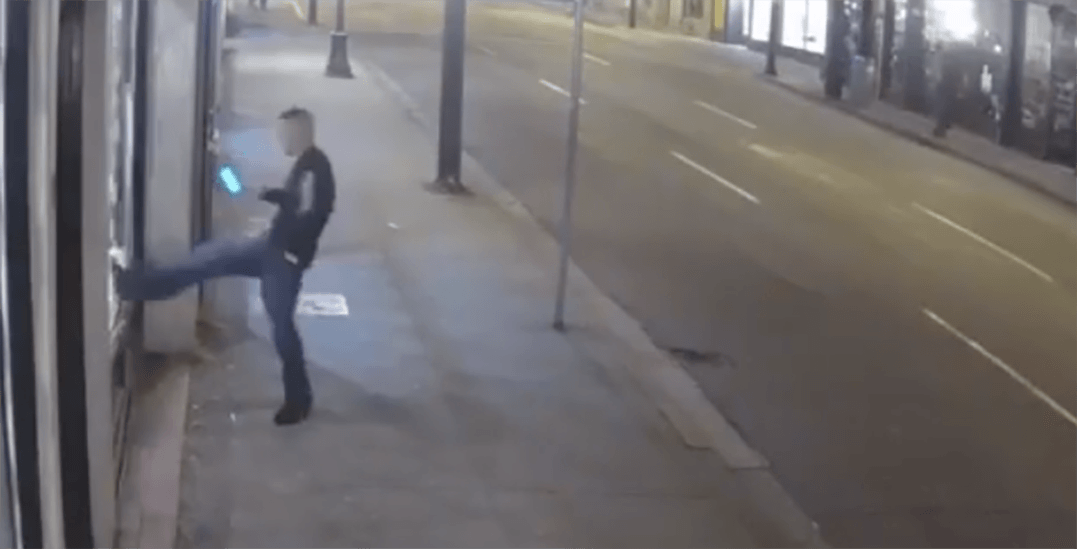 Update: Store owners tell Daily Hive that they’ve been put in contact with a family member of the suspect and have arranged payment for their window.

Old Faithful Shop, a Vancouver-based lifestyle store, is looking for someone to foot the bill after their window was kicked in on the weekend.

According to shop owners, it happened on Saturday, July 20, at approximately 2 am.

Security footage uploaded to the store’s Instagram account shows the suspect talking on his phone while waiting at a bus stop in front of the store. 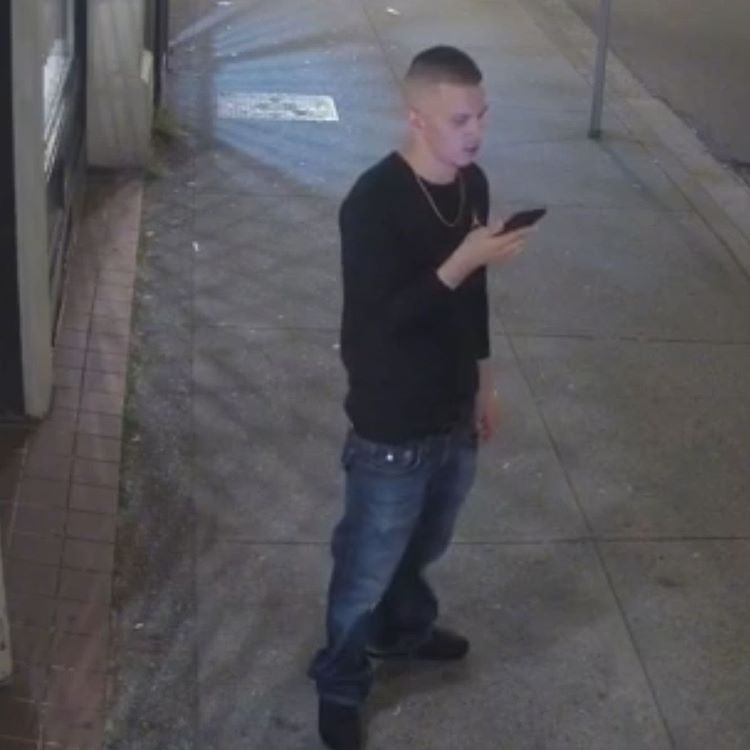 Partway through the video, he begins to kick at the shop’s window. A second kick breaks the window, after which the suspect and another man sprint away from the scene. 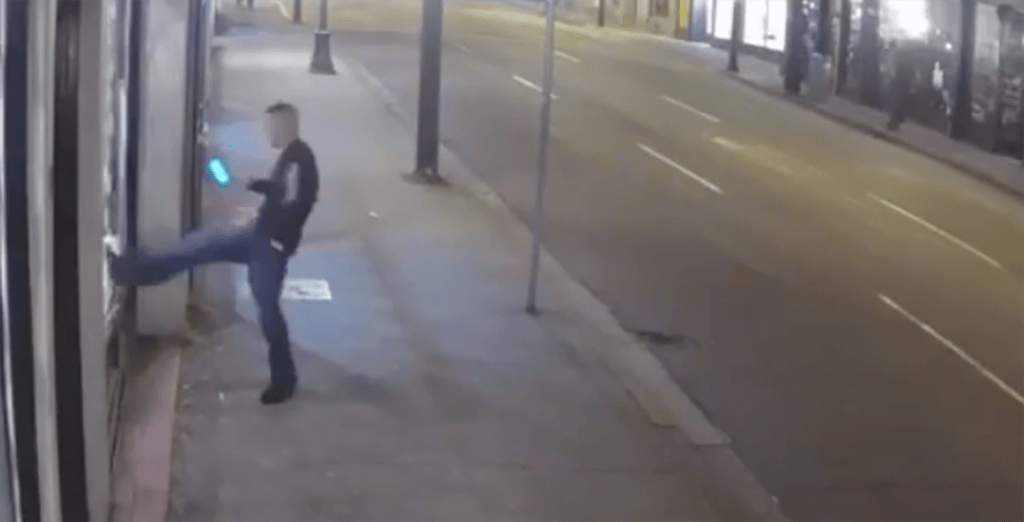 A store employee also tells Daily Hive that the suspect and his friend were also allegedly harassing two girls, who can be seen at the beginning of the video.

“That’s why you can see them stepping off the curb and crossing the street.”

Now, the store is asking for the public’s help in identifying the suspect and having him pay for the damages.

“We would really love for him (or his mom) to foot the bill on the window replacement, ” the store writes in an Instagram post.