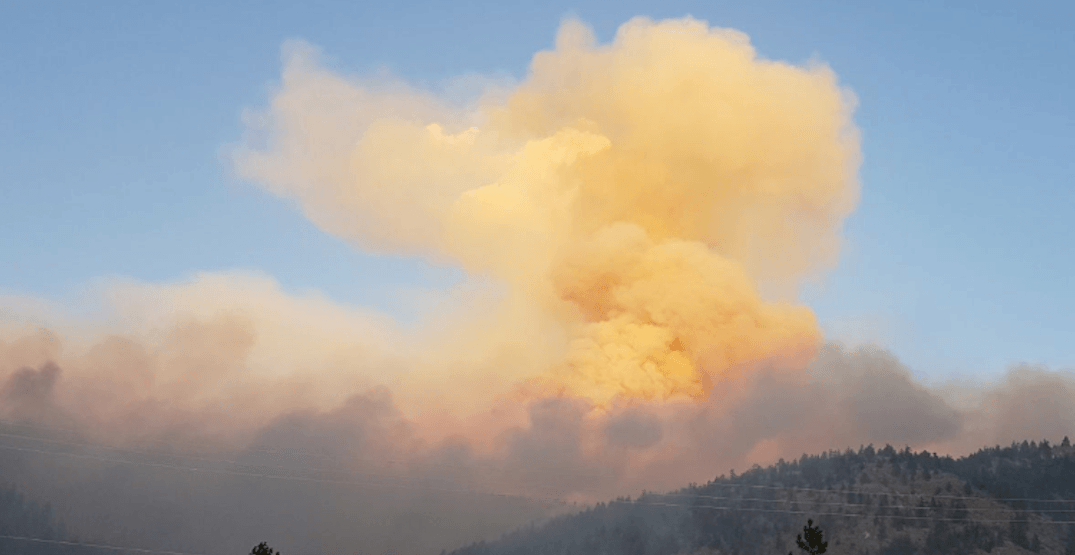 The Eagle Bluffs Wildfire in the Okanagan. (BC Wildfire Service)

A growing wildfire that was discovered on Sunday in BC’s Okanagan region has now prompted an evacuation alert for a regional correctional facility located within the vicinity of the blaze.

According to the BC Wildfire Service, (BCWFS) the fire is located halfway between Okanagan Falls and Oliver, in an area known as Eagle Bluffs.

The increase, they said, “is largely due to better mapping yesterday evening, but the fire did see some growth overnight as a result of the topography of the area.”

Fire crews continue to battle the blaze, which is located on terrain that is described as “steep and rocky,” which makes some areas within the fire “unsafe for crews and heavy equipment.”

On Tuesday, officials said they were anticipating the fire’s growth, “as the fire moves upslope away from communities.”

This growth, they noted, “will bring the fire into more workable and safe terrain for our ground crews, heavy equipment, and aircraft.”

In the meantime, to further combat the spread of the flames, BCWFS said on Wednesday that “small-scale hand ignition operations are planned for today on the southern edge of Gallagher Lake.”

This, they said, “will allow the crews to remove combustible fuels between the community and the fire perimeter.”

However, these planned ignitions “are highly dependent on receiving favourable weather conditions.”

Meanwhile, the evacuation alert that was put in place earlier this week remains in place, and has now been expanded to include the Okanagan Correctional Centre (OCC), located at 200 Enterprise Way in Oliver.

The alert also applies to all properties on the east side of BC Highway 97, extending south from McIntyre Creek Road to James Way south of Gallagher Lake, including Brauns Road, and Gallagher Lake Road. 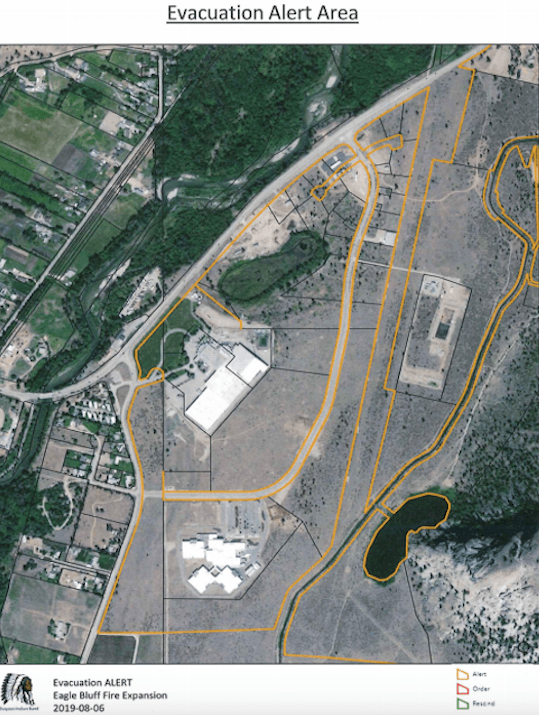