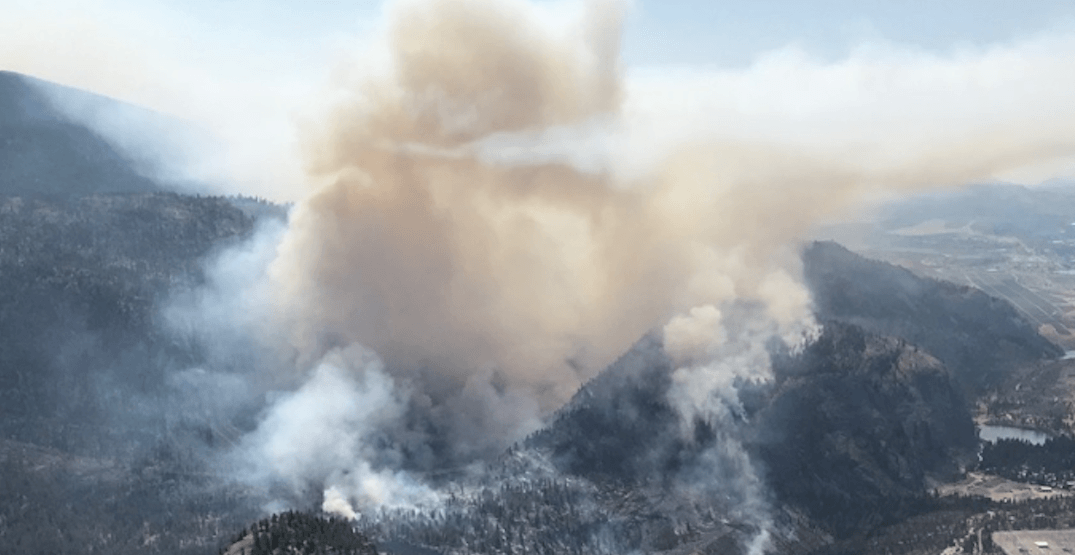 A growing wildfire in BC’s Okanagan region has prompted an evacuation alert for 206 properties within the vicinity.

According to the BC Wildfire Service, the fire is located halfway between Okanagan Falls and Oliver, in an area known as Eagle Bluffs.

Discovered on Sunday, and originally estimated to be 225 hectares in size, the fire is now estimated at 280 hectares, although officials said on Tuesday morning that the fire “experienced minimal growth overnight.”

In its latest update, BC Wildfire Service said fire crews “will operate 24 hours a day until further notice.” Helicopters will also continue working on the fire, and air tanker support will be available “as operational need arises.”

According to the Regional District of Okanagan-Similkameen, there are currently “100 personnel, several helicopters, and water tankers responding to the wildfire.”

Still, the “steep and rocky terrain” in the area of the fire remains a continuous challenge for all resources, they added.

The evacuation alert applies to all properties on the east side of BC Highway 97, extending south from McIntyre Creek Road to James Way south of Gallagher Lake, including Brauns Road, and Gallagher Lake Road.

Additional properties in the region may potentially be impacted, the district added.