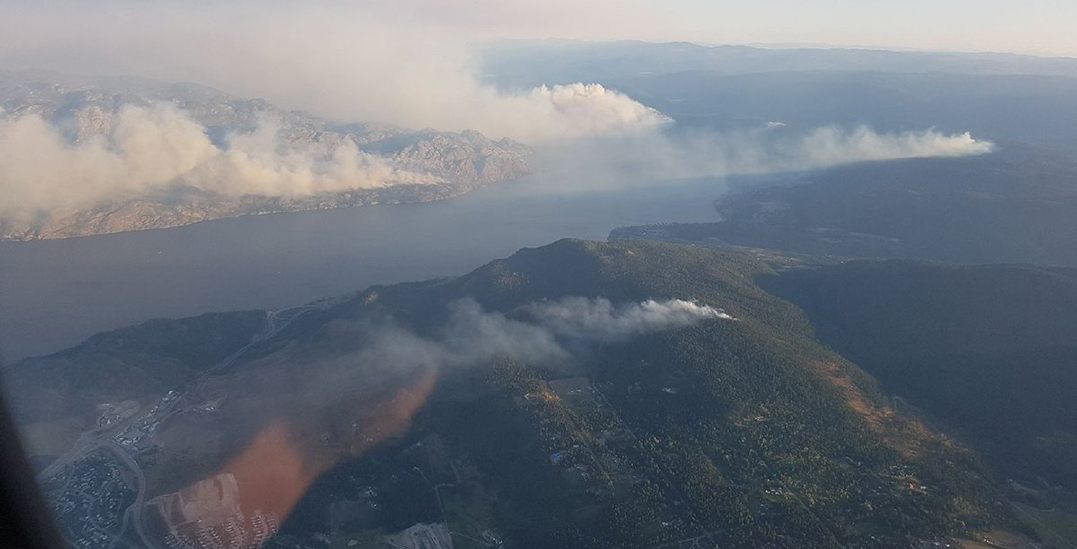 More than 40 properties in the Okanagan Valley were evacuated overnight due to wildfire.

According to a statement issued late last night by the BC Wildfire Service, “several fires in the Okanagan are growing in size, with high temperatures persisting and windy conditions in the area.”

Over the past 48 hours, more than 34 new fires have started throughout the Okanagan and Similkameen region due to lightning strikes. 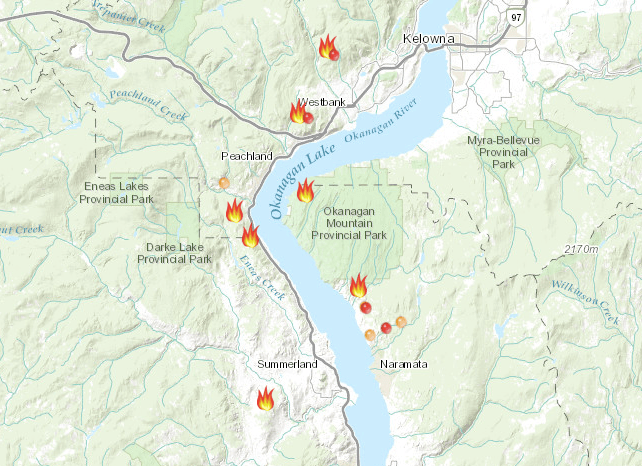 At approximately 12 am last night, a total of 43 properties were given an order of evacuation due to the Mount Eneas wildfire.

Properties along Callan Road, Highway 97, and North Beach Road, all in the north of Summerland, were affected. All campground sites at the Okanagan Lake Provincial Park on Highway 97 were also evacuated.

Getting the heck out of Okanagan Lake Provincial Park after an evacuation alert #BCWildfire pic.twitter.com/n8kC1gHB35 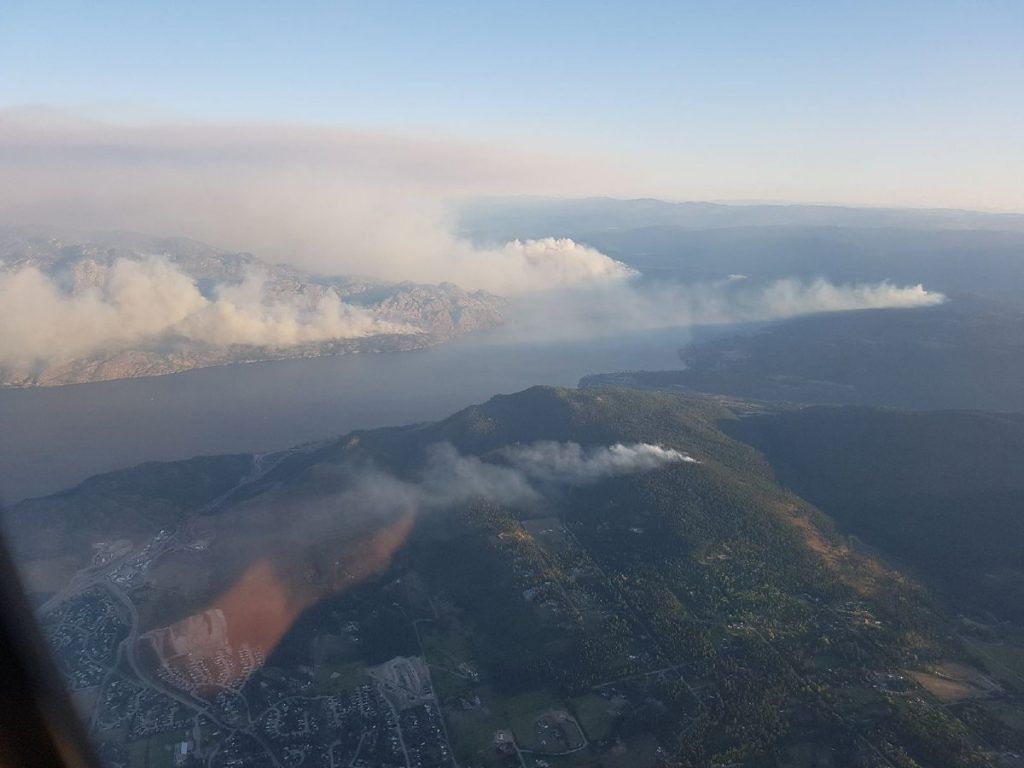 An emergency support services reception centre was set up at the Lakeview Heights Baptist Church in West Kelowna. Volunteers took to the church last night to help the affected residents.

Central Okanagan Emergency Operations comment that crews will continue to work on the Mt. Eneas and Good Creek wildfires today. Suppression will include activity from the ground, air, as well as water bombers active in both areas.

Highway 97 remains open to single-lane alternating traffic with an RCMP escort between Peachland and Summerland. Drive BC has recommended alternate routes via Highway 97C, 5A, and 3.