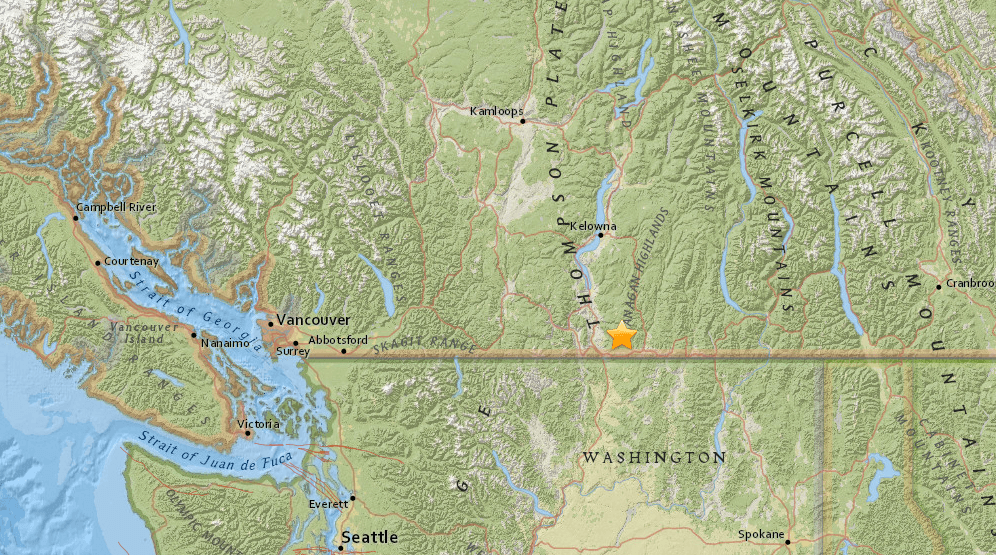 It had a relatively shallow depth of just five kilometres, but no damage or injuries are expected given the magnitude of the event.

This was the Okanagan Valley’s most powerful earthquake in recent memory. Some people in the area took to Twitter to post about their experience:

Earthquake in the south Okanagan happened at 9:15am. WOW what a shake! pic.twitter.com/7tEHkgKQ6w

when there's an earthquake in osoyoos…

I believe there was just an earthquake in Osoyoos or a train just drove down the hallway on the upper level. Major shaking

Yikes, that was some serious shaking and rumbling here in #Osoyoos #Earthquake

Think I just survived my first (minor) earthquake in Osoyoos.