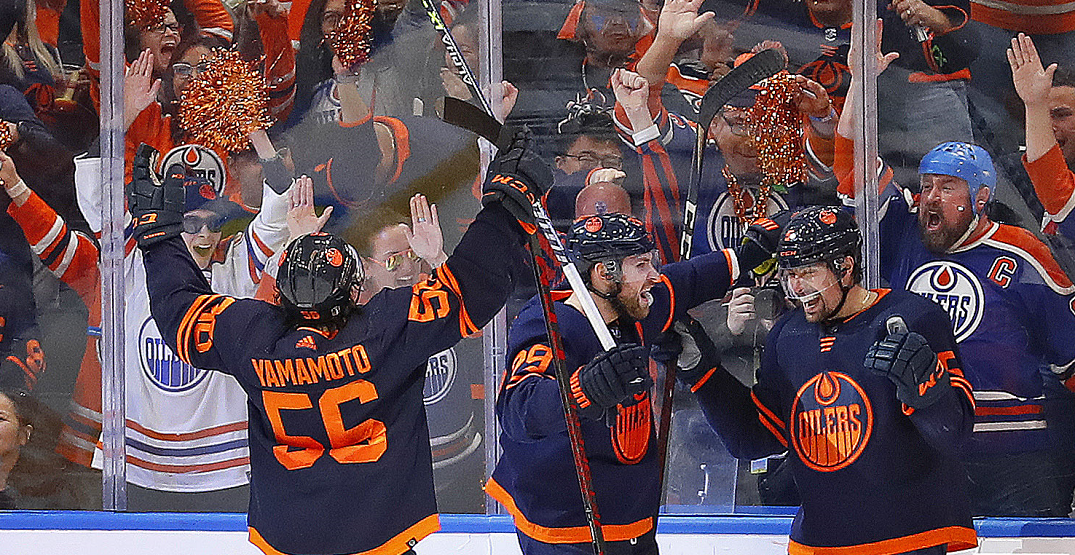 The Edmonton Oilers are heading through to the second round of the Stanley Cup playoffs after a squeaky Game 7 win.

Taking on the Los Angeles Kings at the first Oilers’ Game 7 taking place in Edmonton since 1990, the Oilers gutted out a 2-0 victory for their first playoff series win since 2017.

Scoreless through the first period, Oilers defender Cody Ceci broke the tie with a seeing-eye shot that found the back of the net 13:15 into the second frame.

Connor McDavid — who else? — then scored a highlight reel goal for the Oilers with a little under four minutes to go to put the game to bed.

Mike Smith picked up a shutout for the Oilers, the biggest game he’s played since being picked up by Edmonton.

Dealing with what appeared to be a bum ankle, Oilers forward Leon Draisaitl picked up an assist on Ceci’s goal. Edmonton coach Jay Woodcroft wasn’t saying much about Draisaitl’s status pregame, but he ended up suiting up despite looking a couple steps slower than usual.

The Oilers heavily dominated on the shot counter, doubling up LA’s 17 shots by having 34 in the first 40 minutes of the game. The Oilers finished the night winning the shot count 41-29.

Edmonton’s last playoff series came with their victory over the San Jose Sharks back in 2016-17.

After falling in overtime in Game 5 of the series, Edmonton fought their way back with a 4-2 win in Game 6 on Thursday to keep their season alive.

The Oilers await their opponent in either the Calgary Flames or Dallas Stars, who are playing a winner-take-all game of their own on Sunday night at the Scotiabank Saddledome.