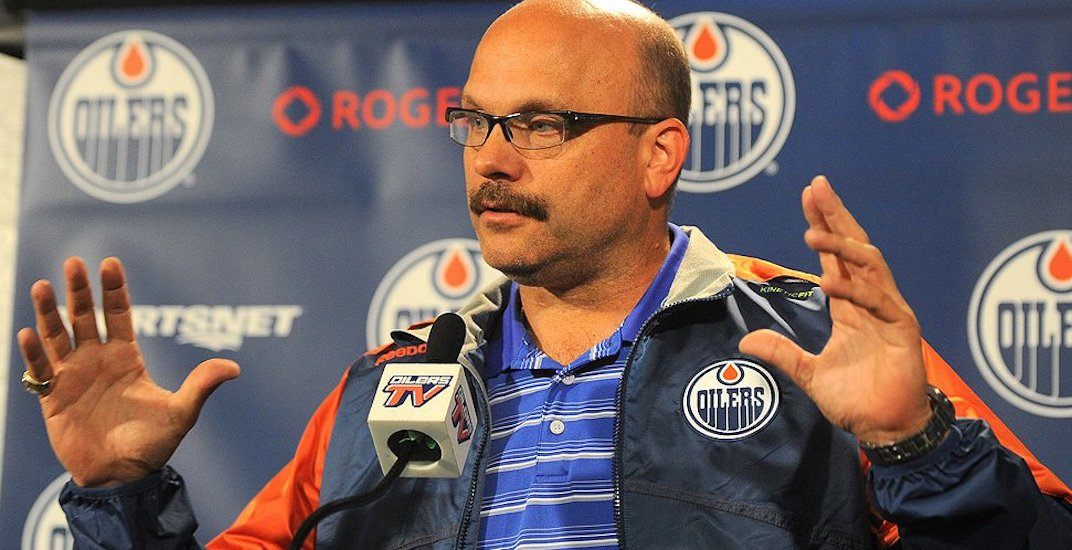 Having been hired shortly after the Oilers won the Connor McDavid draft lottery, Chiarelli was supposed to lead the franchise out of the darkness. And he did, briefly, getting the team to their first playoff appearance since 2006 in 2016-17.

But now the Oilers find themselves back in a dark hole. They missed the playoffs by 17 points last season and need to make up three points and leapfrog four teams to get into the final playoff spot in the west this year.

Despite being given an embarrassment of riches, Chiarelli found a way to screw it up. The Taylor Hall trade was his defining moment, and it looks as bad (maybe worse) today as the day he made it.

But his list of poor moves doesn’t end there. He gave up way too much to get Griffin Reinhart. He didn’t get nearly enough for Jordan Eberle. Too much money and term was given to Milan Lucic.

Keith Gretzky will assume many of Chiarelli’s duties in the next few weeks, with Vice Chairman Bob Nicholson being more involved until they find a new GM.

Chiarelli was under the microscope again this week for waiving Ryan Spooner (who is all they have left to show for Eberle) and re-signing 30-year-old goalie Mikko Koskinen to a three-year contract carrying a $4.5 million cap hit.

Replacing Chiarelli, at least in the interim, is Keith Gretzky. The younger brother of Wayne, this Gretzky has been the team’s assistant general manager since 2016. Wayne is currently the vice chair of Oilers Entertainment Group.

Keith was drafted by the Buffalo Sabres in 1985, and though he played professionally, unlike one of Wayne’s other brothers Brent, he never saw an NHL game. The 51-year-old has experience as the director of amateur scouting for the Boston Bruins, and was a longtime amateur scout with the Bruins and Coyotes before that.

The search is now on for a new general manager, which is obviously a huge decision that the Oilers can’t afford to whiff on again. The pressure will be on the next person in charge to get the team to their second playoff berth in 13 years.