The oil spill cleanup is far from underway at English Bay today as authorities and park rangers keep volunteers off the beach.

Mayor Gregor Robertson said it has been “heart-wrenching” to not be able to start a cleanup on the beaches. Frustrated that still 42 hours after the spill, officials are not aware of what substance is leaking from the freighter parked in Burrard Inlet, Robertson said, “We don’t know how dangerous this substance is and we don’t want people putting themselves at risk.”

The chain of command has now turned into a blame-game ultimately absorbed by the federal government. While the City has been open about pointing fingers at the province and Ottawa, Premier Christy Clark is not owning up to responsibility at a provincial level, but carrying on the blame to the Canadian Coast Guard and Transport Canada. Both federal agencies have stayed mum throughout the ordeal.

But down at English Bay beach, critics don’t care whose responsibility it is to get the oil cleaned up, they just want someone to do the job.

A small group of people were standing just above the tide-line Friday morning waiting for the go ahead by officials to let them resume the cleanup job started Thursday evening by volunteers.

“I was here until dark last night scrubbing these rocks. My feet, legs and hands were covered in oil and my husband had to help me clean myself all night,” one woman said about the April 9 cleanup.

“Someone from the city came down and handed us six pairs of gloves. Six pairs! Quite the contribution to the effort,” she added sarcastically, frustrated with the lack of professional help.

She returned this morning to find park rangers monitoring the beach and stopping people from cleaning.

Though the beach looks perfectly normal from a distance, oil can be seen washed up on sand particles, sticks and rocks with a closer eye. Seagulls, crows and other sea birds were all swimming in the water and around the shore. A blue heron even stopped to do some fishing just before lunch.

Bottom of my shoe just from walking on the sand. #VanFuelSpill pic.twitter.com/009TRW3grQ

Thousands of people have called City Hall asking how they can help with the cleanup and thousands more have signed up through the City of Vancouver’s website to be contacted when their help is needed. Yet, no phone call has gone out.

Another onlooker at English Bay reported that when she asked a Vancouver Park Board Ranger where the cleanup was, he replied with “where’s the oil? I don’t see any oil.”

In a short video posted by Directly Affected films on Facebook, volunteers clad with rubber gloves are seen cleaning up the beach on Thursday evening, just before dark. At one moment, a volunteer shouts at a watching Park Ranger, “Oh look! A park ranger! Are you coming down to help with the cleanup?” The ranger does not respond.

“If this had been a significant spill, this kind of response would have been a catastrophe,” Gregor Robertson stated Friday morning. The slow response is also a wake-up call for how emergency responses operate when multiple levels of government are involved.

Though the Canadian Coast Guard has said the Kitsilano Coast Guard base recently closed by the federal government would not have made “an iota” of difference in the spill response, there are reports that a coast guard pollution once stationed at the Kits base is now docked in Richmond.

One might worry how all three governments would manage a larger regional disaster such as an earthquake or tsunami when lives are at stake.

UPDATE: As stated in an email from the City of Vancouver received just after 3 p.m. on April 10, the shoreline cleanup will begin Friday afternoon, resulting in the temporary closure of the Stanley Park seawall at Siwash Rock. The Western Canada Marine Response Corporation (WCMRC) as directed by the Canadian Coast Guard will be coordinating shoreline cleanup.

“The federal agencies have advised the City and Park Board that cleanup efforts will involve crews in protective gear with special expertise in oil recovery and for now there is no involvement possible for volunteers,” the statement said. 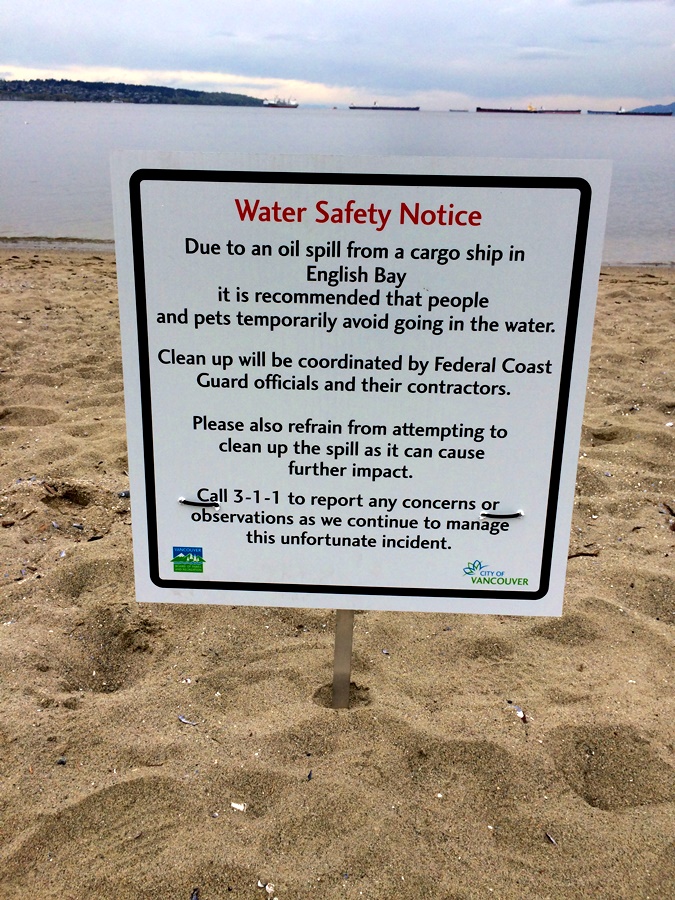 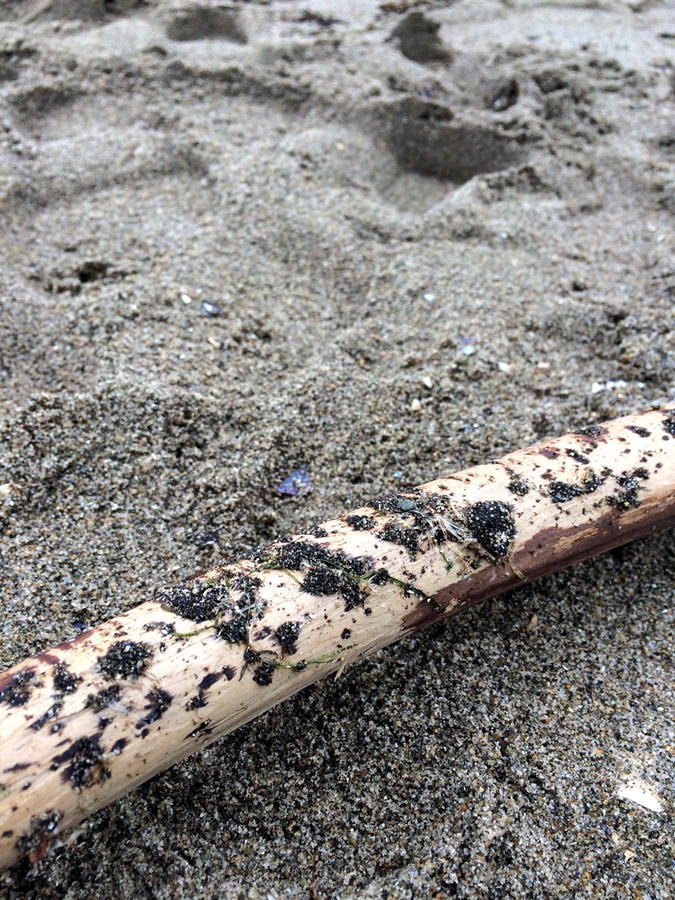 Tar-like oil seen on a stick washed up on the beach. 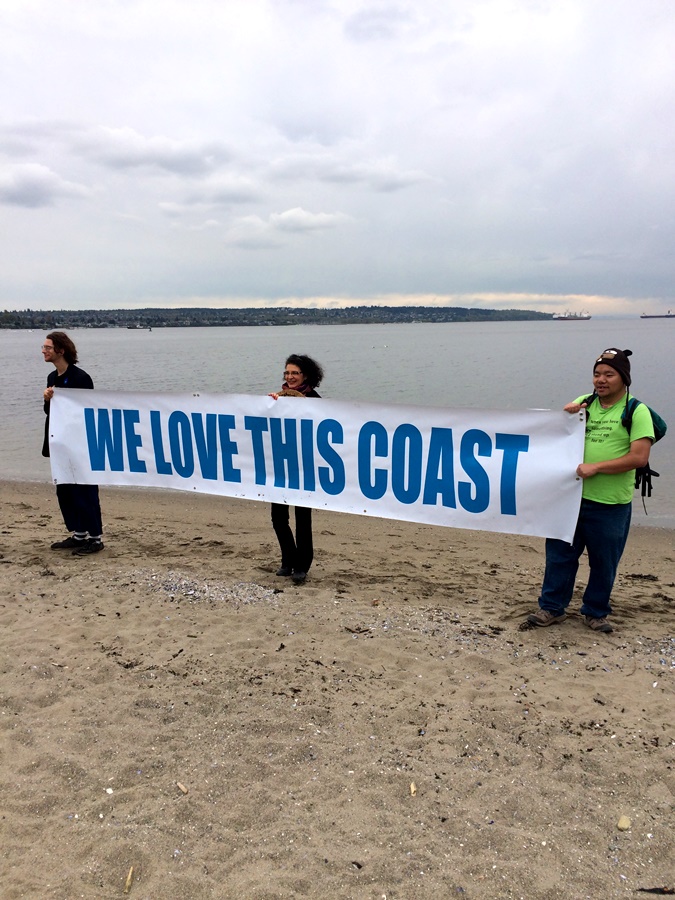 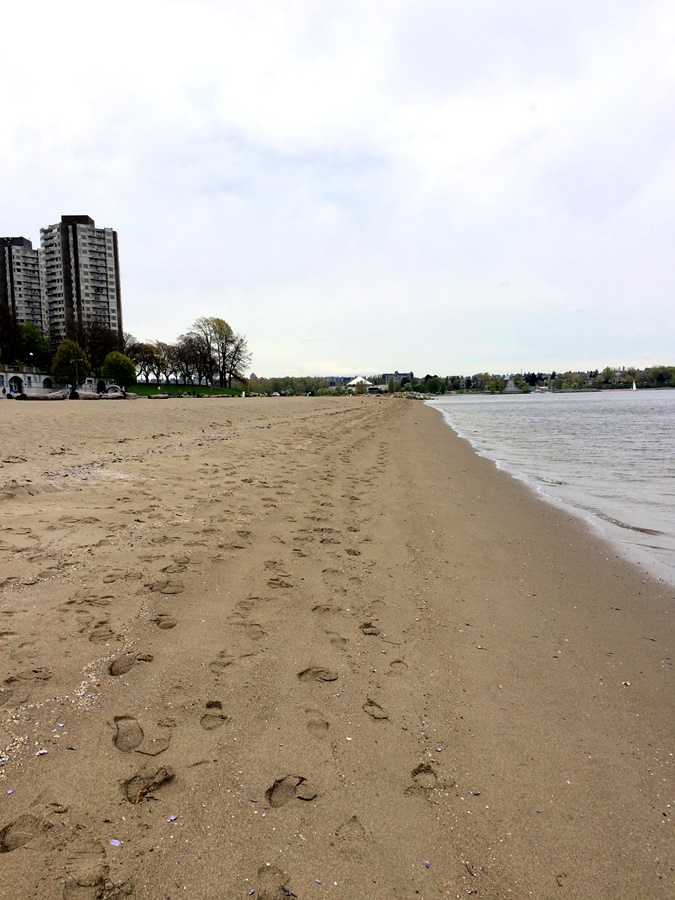 The empty beach with no cleanup crew in sight. 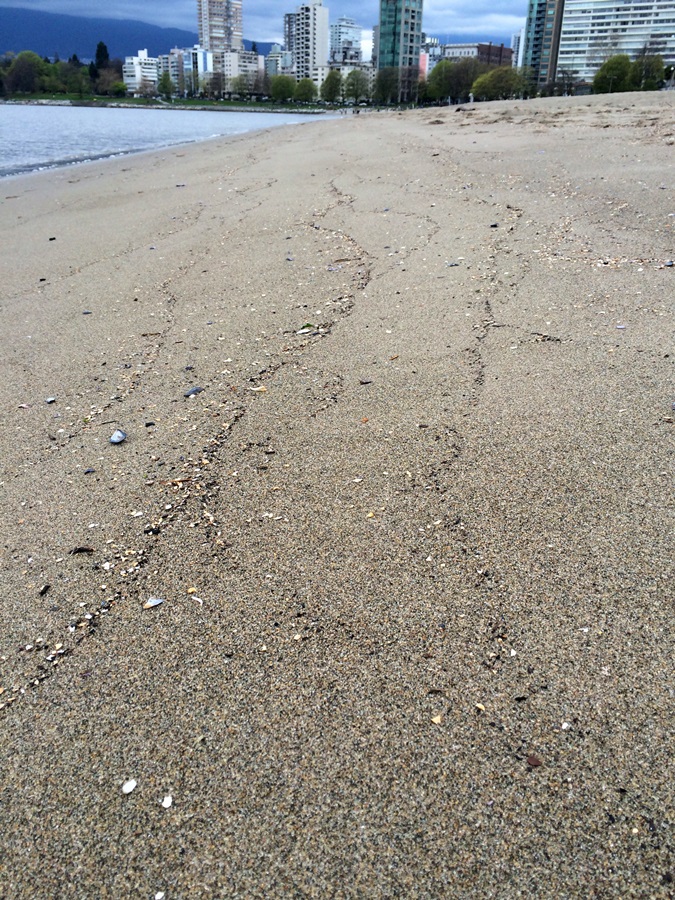 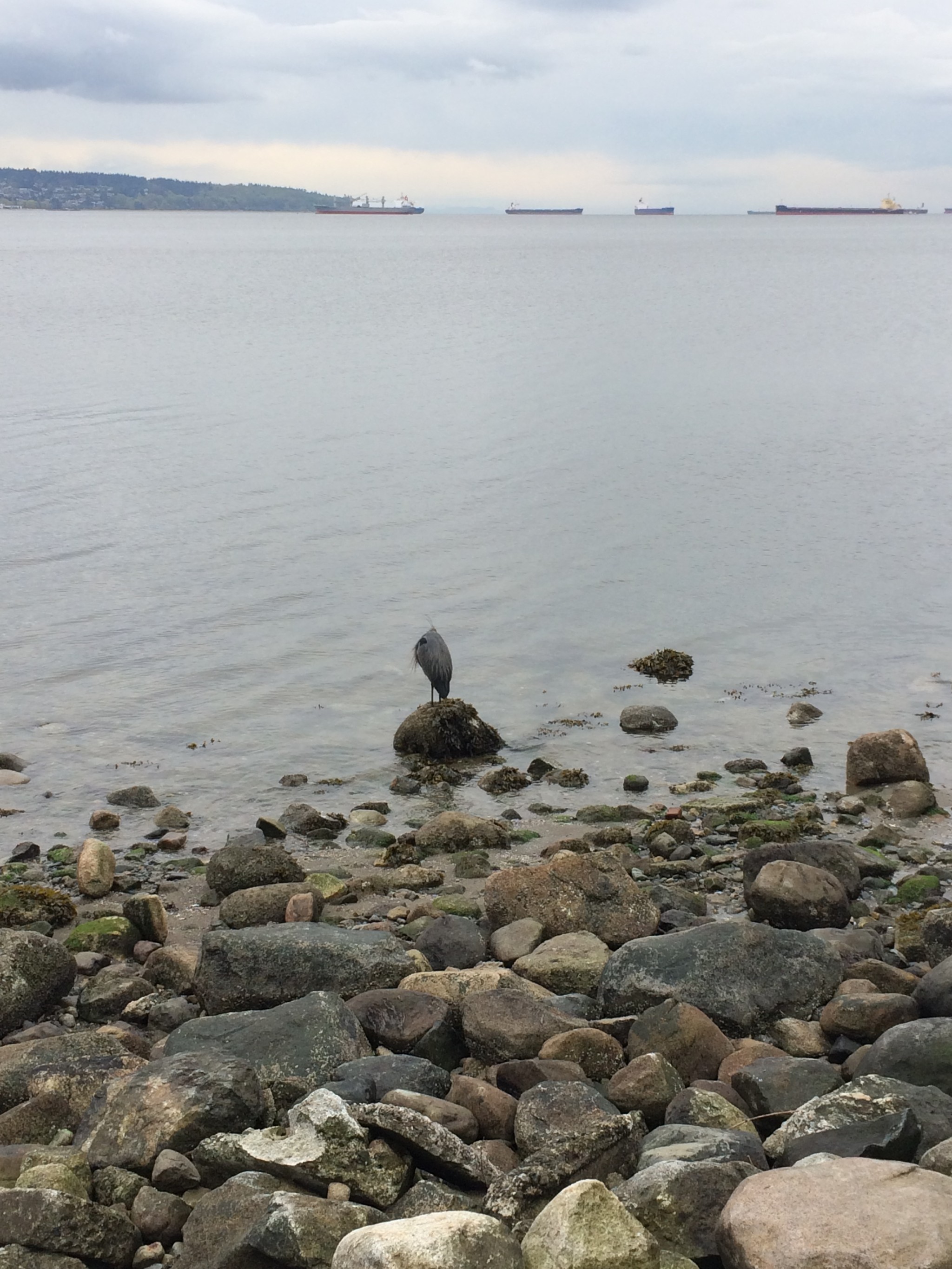 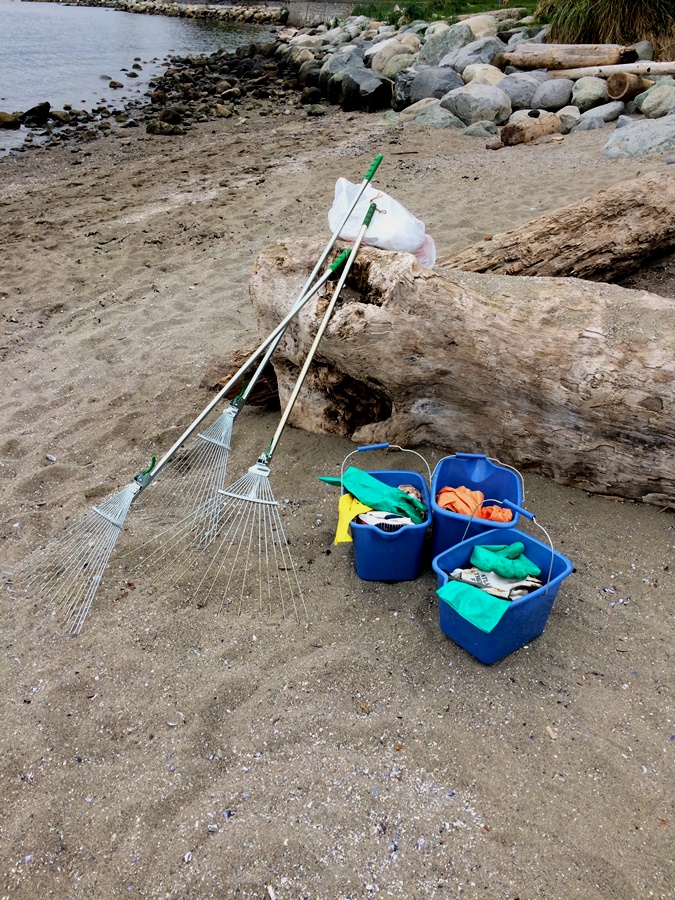