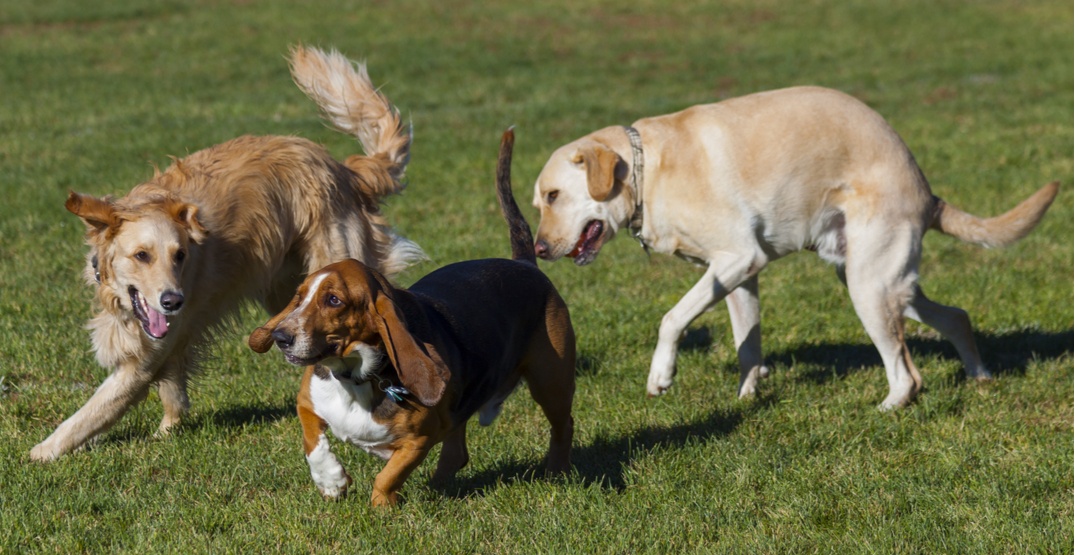 The new fenced .25 hectare space for dogs to run free at Pandora Park will be located in the northwest area of the park and open next year.

It will include a looped path, access to drinking water, shade trees, and seating areas.

The opening of the new off-leash area follows the recent opening of another similar facility at Renfrew Community Park, located in East Vancouver as well.

VPB Chair Stuart Mackinnon said the board considers all park users with and without dogs when creating new off-leash areas.

“Grandview-Woodland, where Pandora Park is located, is one of six neighbourhoods currently underserved by existing off-leash areas,” he said.

A total of four new areas have been planned for parks across the city since the ‘People, Parks & Dogs Strategy’ was approved by the board last year.

There are currently 37 off-leash areas throughout Vancouver. 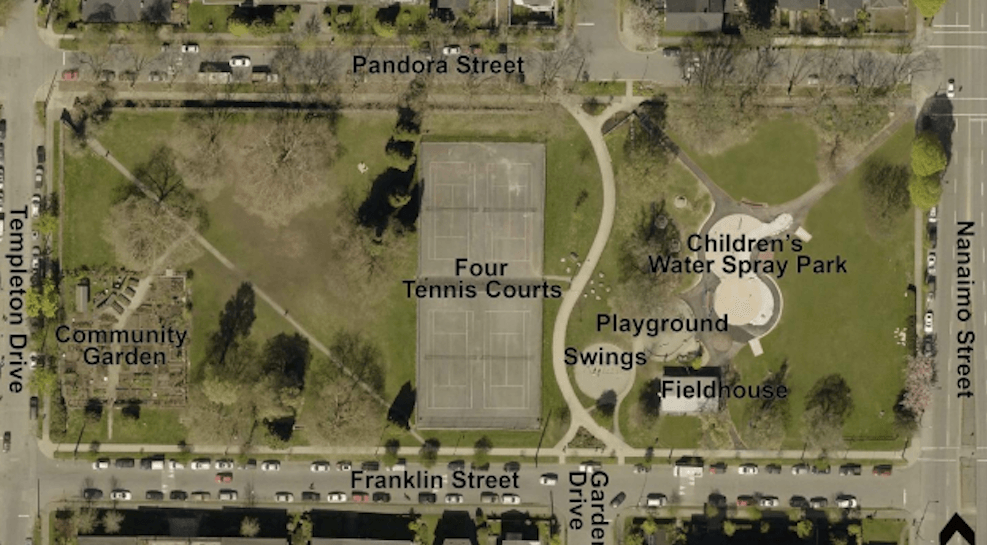 Pandora Park as it currently exists. (Vancouver Park Board) 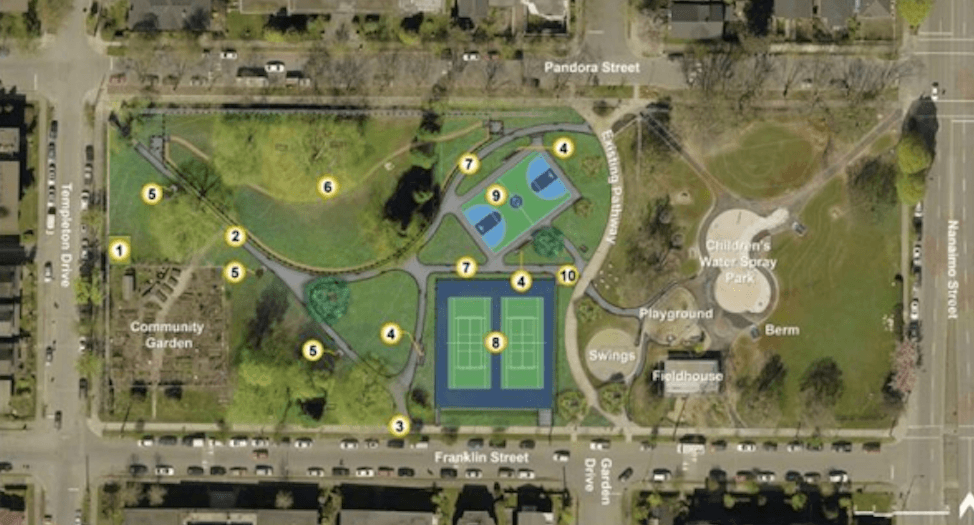 The conceptual redesign of Pandora Park. The planned off-leash park is located at the number 6. (Vancouver Park Board)