The reborn Odyssey Nightclub is just weeks away from opening its doors to the Vancouver community.

Bijan Ahmadian, the owner and operator of the newest hub for Vancouver’s LGBTQ community, recently advertised for staff for the nightclub-bar’s new location in the heart of downtown’s Central Business District near Waterfront Station.

He hopes to open in time for this summer’s Pride festivities.

During a tour of the construction site at 686 West Hastings Street, the former space of Pop Opera and Hard Rock Cafe, Ahmadian said the reincarnated nightclub will be both a nod to the former location and a new direction for the establishment.

“The old location was a community hub first and a bar second, and we have the same approach for the rebirth as well,” he told Vancity Buzz. “What the Odyssey did, and we plan to make sure we’ll do again, is create a space where the big community feels small when you’re inside.”

The venue is currently being outfitted with an impressive lighting system and a state-of-the-art sound system with equipment that will be a first for Western Canada, as well as the return of shower power, pole dancers and great music that takes off from a solid core.

There is a traditional stage for performances, but when there are no performers it becomes an elevated extension of the dance floor with a mirrored backdrop so that nightclub patrons can see themselves dancing.

What sets the new venue physically apart from the old location is Ahmadian’s deep emphasis on a flexible space designed for performances, the arts and other functions, especially during the daytime.

The new Odyssey will also be space where musicians and artists can rehearse, build their skills and get mentorship from those in the know.

“We’re trying to build community by creating a performance space because performing art, I believe, is the foundation of building a stronger community,” he said. “If you want to make the big feel small you have to think about arts. And I think a community is as strong as its artistic productions.”

A sizeable area has even been dedicated for a green room to ensure performers have the space they need and be their best when on stage.

But at the end of the day, Ahmadian vows that customer service will be the nightclub’s biggest priority – and that includes the promise of processing people faster through the doors.

There will never be a fake line at the new Odyssey.

Photo: Bijan Ahmadian (second from the left) with Mercury Contracting. 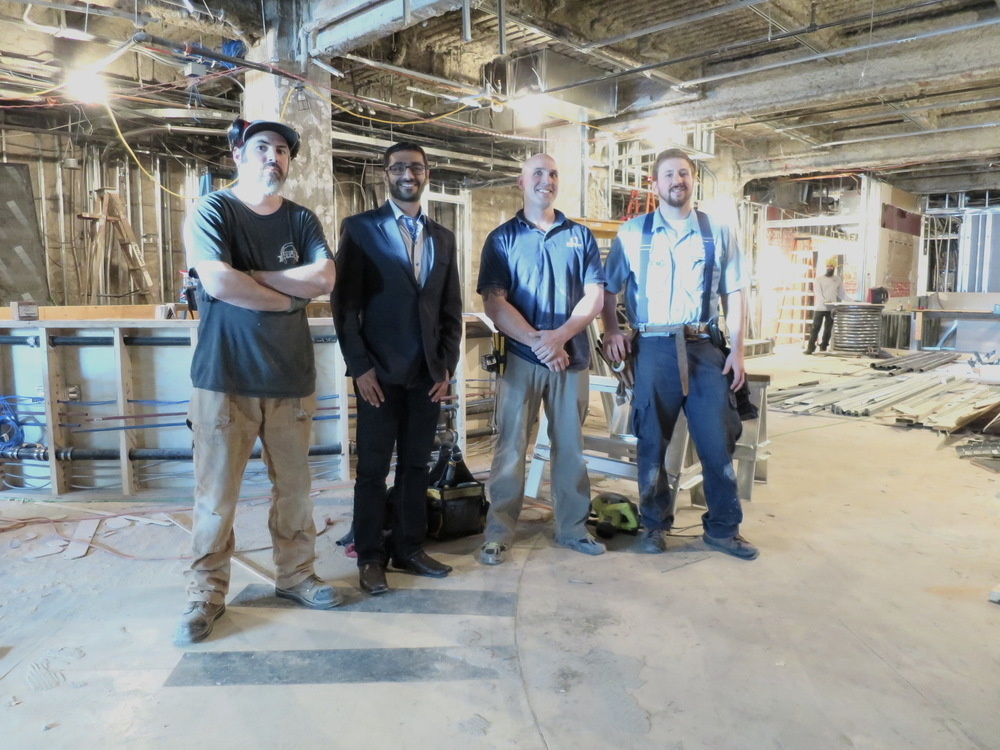