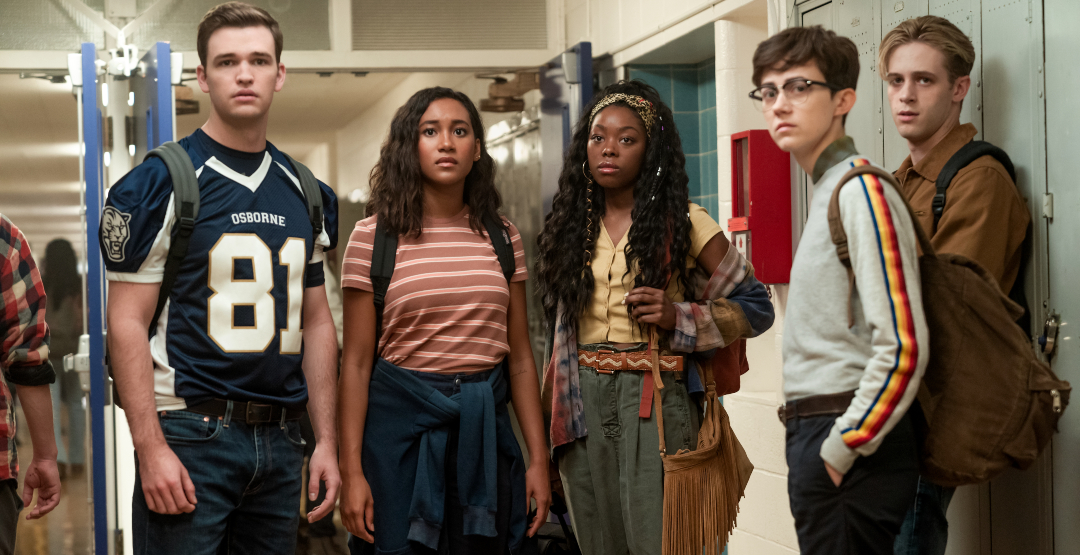 The sun is beginning to set earlier and earlier as we breeze through fall, so why not take some well-deserved me-time and treat yourself to a relaxing night in?

Fire up some popcorn, maybe pour a glass of wine, and let Netflix take care of the rest.

And lucky for you, Netflix Canada has a few enticing titles to check out this week.

Along with the addition of some familiar favourites, there’s a new interactive film, a sports doc, and titles from earlier in October.

Makani Young has moved from Hawaii to quiet, small-town Nebraska to live with her grandmother and finish high school, but as the countdown to graduation begins, her classmates are stalked by a killer intent on exposing their darkest secrets to the entire town, terrorizing victims while wearing a life-like mask of their own face.

In this interactive film featuring WWE Superstars, the Undertaker has set a trap for the decorated tag team The New Day at his mansion. What they don’t know: the Undertaker’s mansion is an extreme Haunted House, packed to the brim with supernatural challenges. It’s up to viewers to decide the fate of these three poor souls trying to survive the wrath of The Undertaker.

Titles from earlier in October

911 operator Joe Baylor (Jake Gyllenhaal) works relentlessly to save a caller in grave danger—but soon discovers that nothing is as it seems, and facing the truth is the only way out. Directed by Antoine Fuqua.

The dazzling and devastating life of Princess Diana takes centre stage in this original musical, filmed in advance of its official Broadway opening.