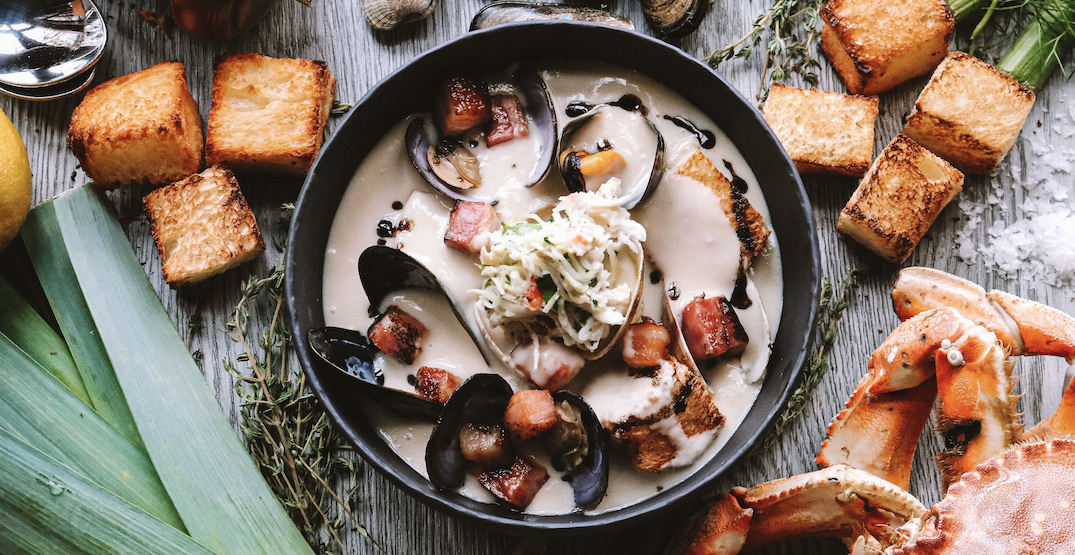 The annual Ocean Wise National Chowder Chowdown Festival officially wrapped up after a successful month-long February event and all the winners have been revealed.

This year, chowder lovers from Prince Rupert, BC, to Summerville, Nova Scotia, had the chance to get a taste of the grub featured in this national sustainable fundraiser for the Ocean Wise Seafood program.

Patrons were able to head to participating restaurants and locations near them to purchase some chowder (or order takeout/delivery where available), and a portion of the proceeds from each bowl went towards supporting the not-for-profit program.

Over $35,600 in funding was raised for the program and approximately 2,136 bowls of chowder were sold.

So, without further ado, here are the National Chowder Chowdown Festival Award Winners from the 2021 event. 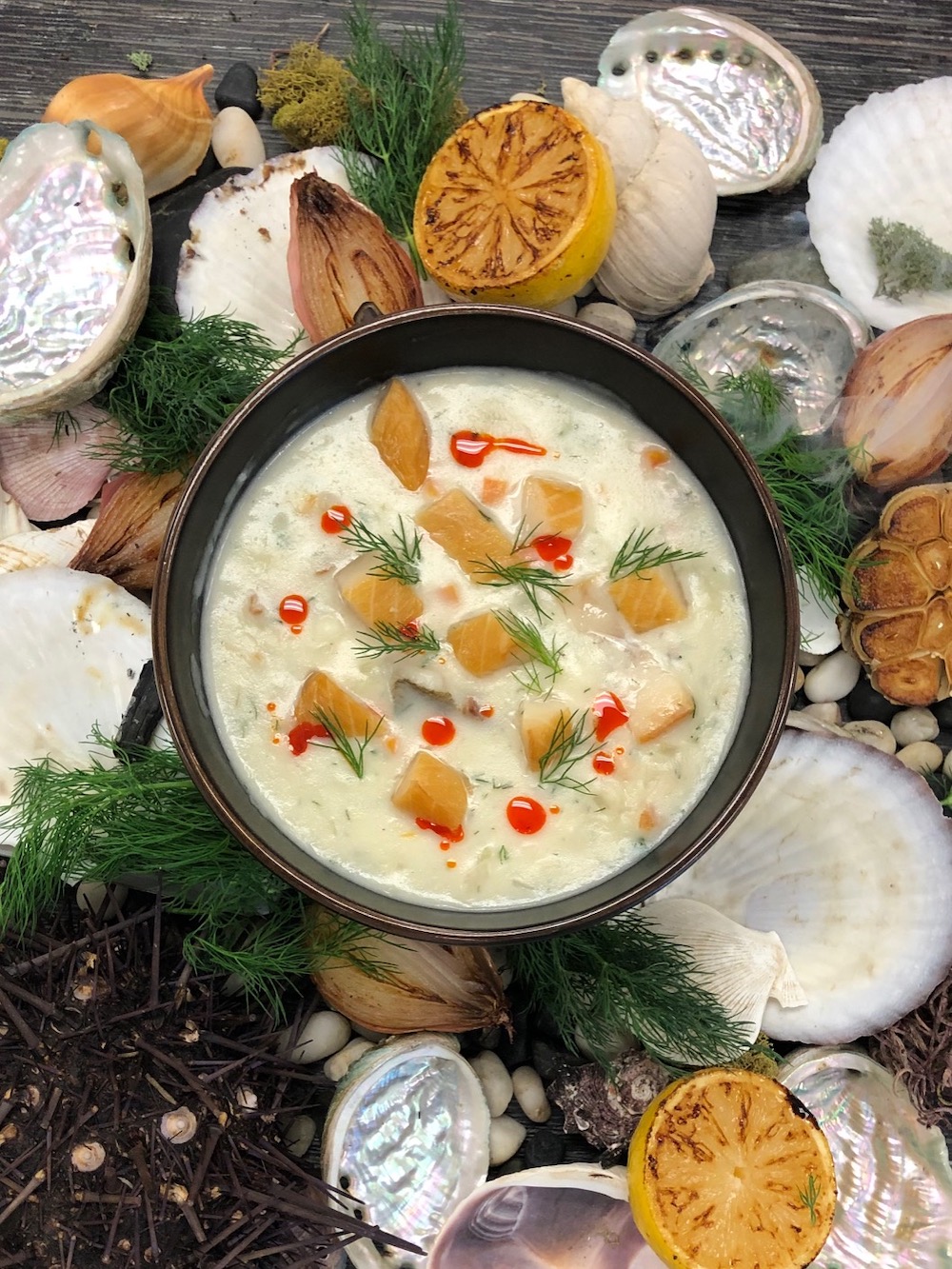 “Thanks for everybody’s support and a big thanks to Chef Poyan for his amazing creation with our Smoked Sablefish! Hope all of you out there that ordered had a ‘Sensual Sablelicious’ experience! Stay tuned for some more exciting chowder news!” – Steve Johansen of Organic Ocean

“So wonderful to see everyone’s support from across Canada. It’s so great to see how passionate everyone is about the Ocean and CHOWDER! Had a wonderful experience teaming up with Organic Ocean for this competition and a huge thank you to Ocean Wise for their continued efforts in ocean education and ocean conservation!” – Chef Poyan Danesh 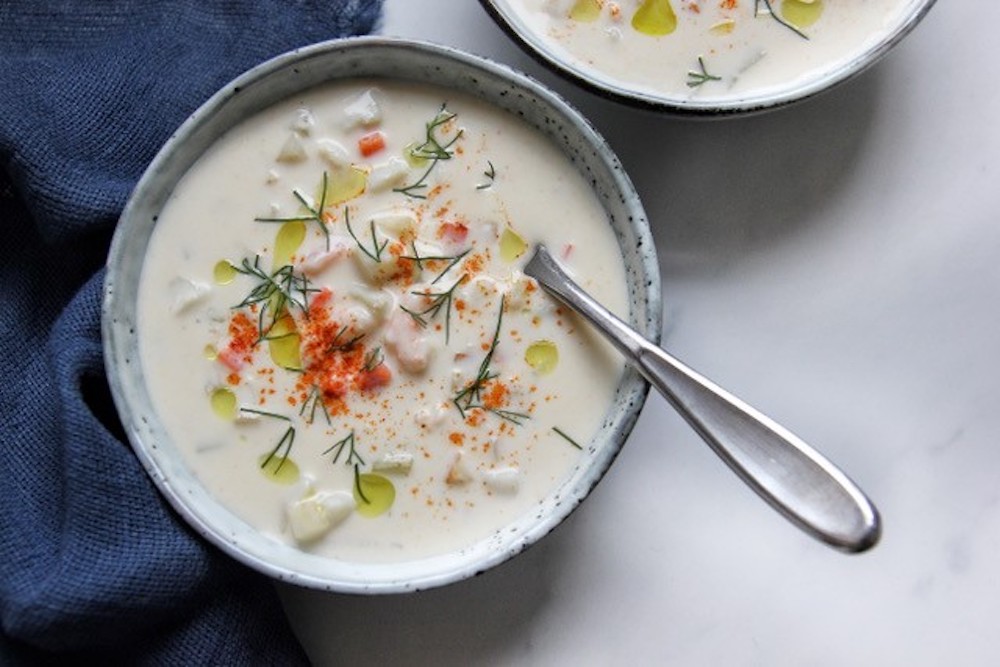 “We are so happy that we were able to participate, create two yummy chowders and support such a fantastic cause. I learned a lot about sustainable fish and the Ocean Wise program during the process. Special thanks to our Product Developer John Greenwell and our entire Prepared Foods Team for executing everything so perfectly!” – Chef Lorraine Hawley 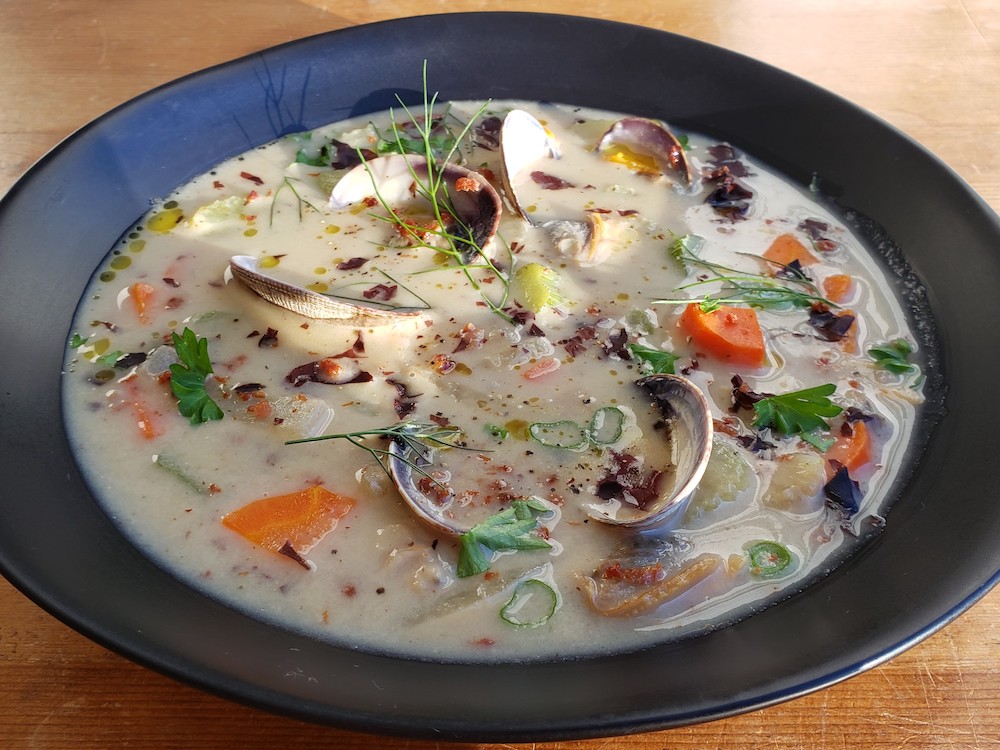 “For this year’s chowder, we focused on ingredients that are locally harvested, highly sustainable and very underrated. The Ocean Wise program does amazing work supporting our oceans’ well being and Edge Catering is proud to be a continued partner and support in their initiatives however we can!” – Chef Mark Amos.

Most Likes and Comments on a Chowder Photo: Chef Ned Bell, Naramata Inn (Naramata, BC) 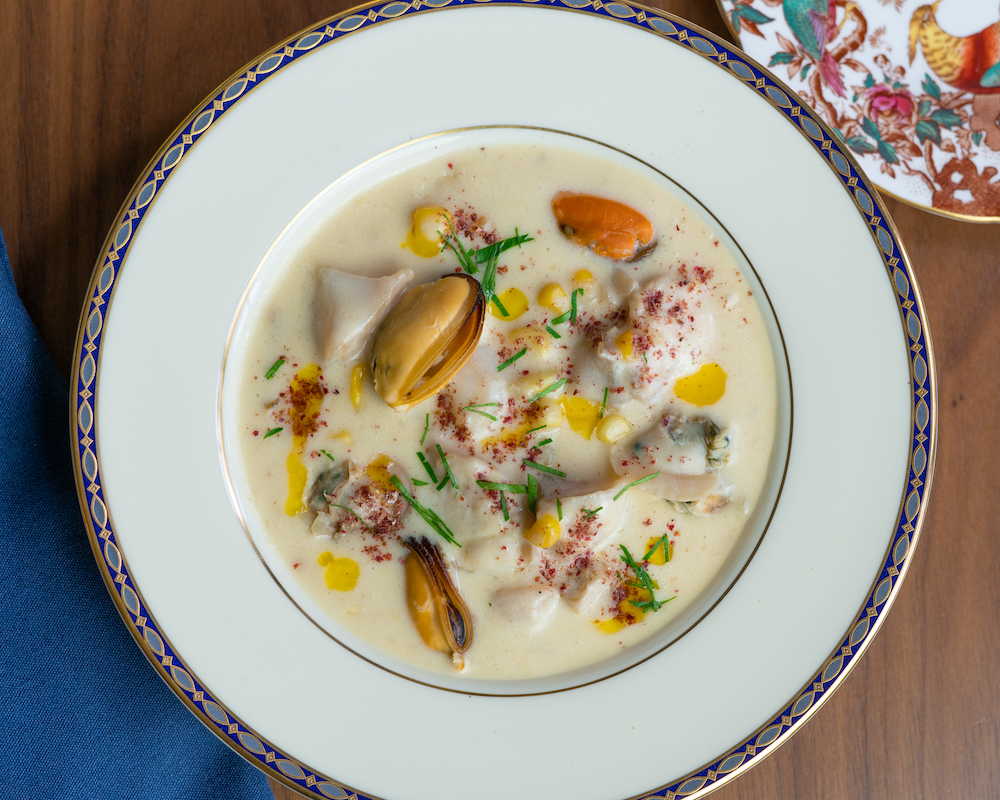 “Our involvement in the 2021 National Ocean Wise Seafood Chowder Festival was a huge success for us, and for our fishers and farmers coast to coast. Winning this photography award is a great recognition for our team at Naramaya Inn and the photographer John Holland’s. Big thank you To all my Fishy Friends.” – Chef Ned Bell 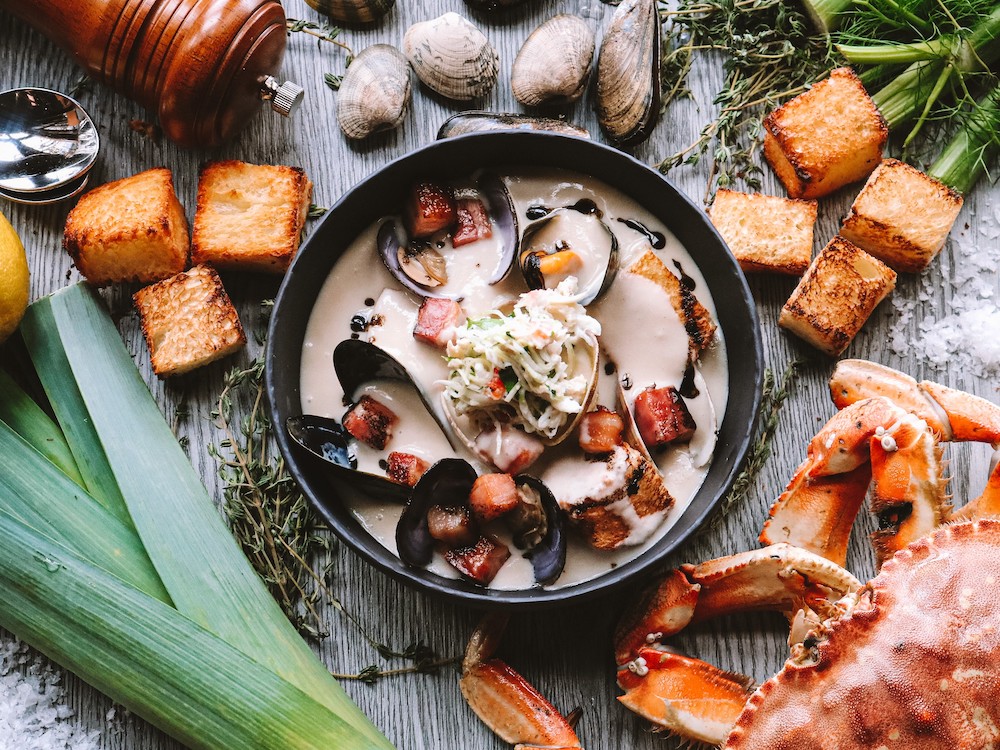 “The inspiration for the Taste of Anacortes Chowder submission came from my childhood. When I was a kid my family and close friends would go out, gather the ingredients straight from the ocean and create a feast. I wanted to bring that feeling to the Chowder Chowdown and feature the simplicity of the ingredients; which you will see reflected in our photo submission. It was imperative for me to participate in this fundraiser because of the work that Ocean Wise does for not only for our restaurant industry but for us globally as well, so that our oceans are healthy and flourishing. With their guidance, education and advocacy we will be able to continue my family’s traditions for years to come.” – Chef Markus Rule 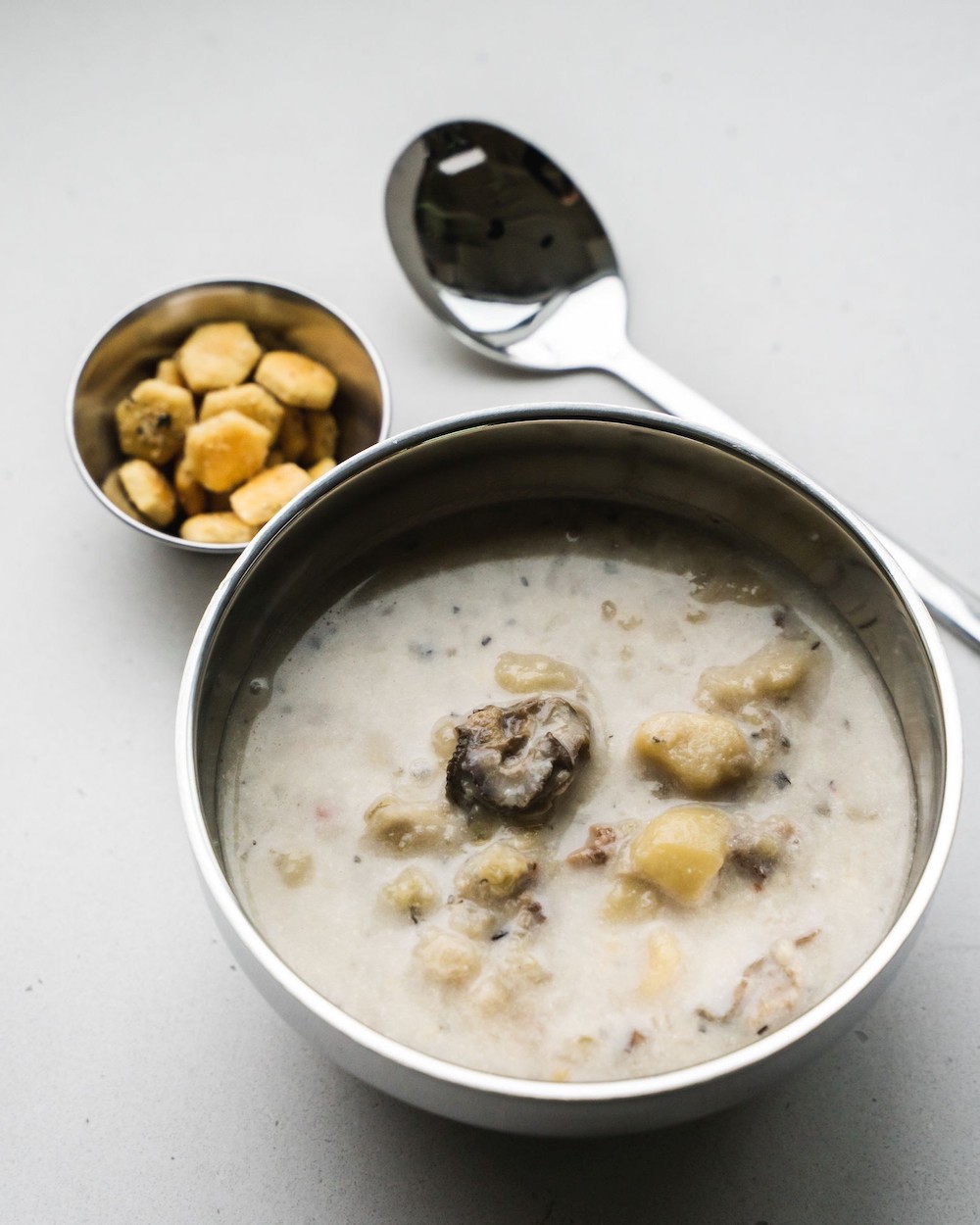 “So pleased to have been a part of our first Ocean Wise Chowder Chowdown. ShuckShuck’s mission is to educate the world about oysters as a sustainable food option and Ocean Wise helped to communicate our message. ‘Give Two Shucks’ Oyster Chowder was an appropriate title as it blends the two shucks in ShuckShuck, the charitable nature of this program and caring about our oceans.” – Chef Shannon Boyle