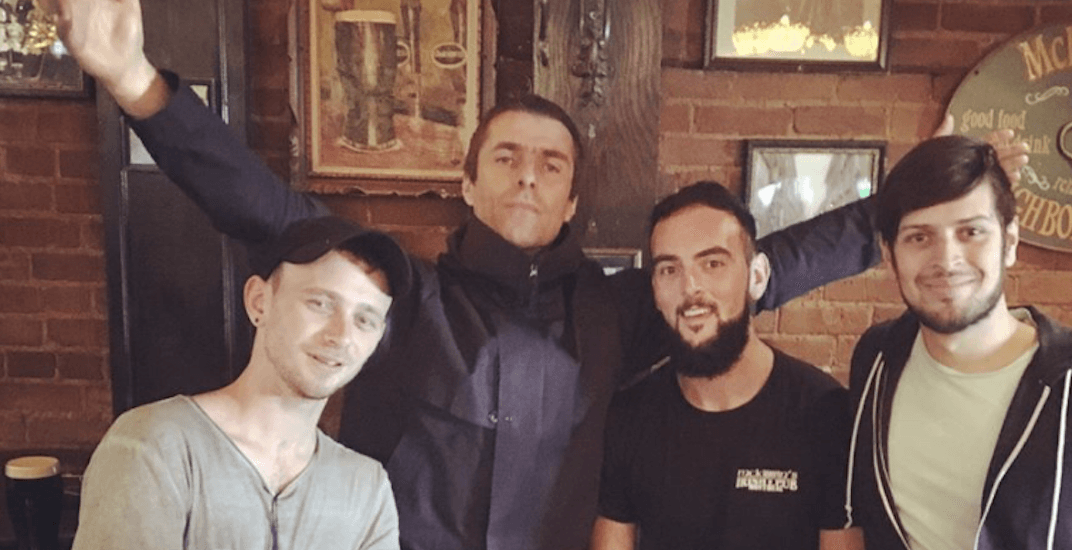 It was a normal Sunday afternoon at Montreal’s McKibbin’s Irish pub until former Oasis frontman Liam Gallagher walked in.

“It was basically a very slow Sunday at the bar. I was bartending with one waitress and one busboy,” McKibbin’s bartender Ben Cardilli told Daily Hive.

“We had one or two customers walk in and eventually this guy walks in, in a raincoat and comes up to my bar and sits down. I had to look at him twice and I was like, ‘I am pretty sure that is Liam Gallagher,'” said Cardilli.

The bartender said that he acted cool and didn’t want to “fangirl” over the rock superstar.

“I poured him a pint and put on the soccer game for him,” said Cardilli.

You never know who shows up to the Irish Jams at McKibbin’s on Sundays! LIAM F$&%´N GALLAGHER, THAT’S WHO!!! He came, he sang, we drank, and just like that he was gone… awesome guy, surreal afternoon… #liamgallagher #oasis #oasismania #music #publife

Gallagher ended up staying at the pub for nearly four hours and even took part in jam session. The singer was in town for the Osheaga music festival, which he also performed at.

“Every Sunday we have this Irish folk jam that comes in. They all play and invite anybody to go up and play with them,” said Cardilli.

The consists of Belfast Andi who plays the bodhrán and Bob Cussen on the banjo.

“(Gallagher) was really getting a kick out of it. He was really just enjoying the music. I think it brought him back to the pubs he used to go to and he went and sat closer to the band and of course, the band recognized him as well.”

Throughout the afternoon Gallagher bought the band and bar staff pints and ended up chatting it up with all of them.

“He hung around, I think because the environment continued like that. No one was really bothering him,” said Cardilli. “He was actually really sweet.”