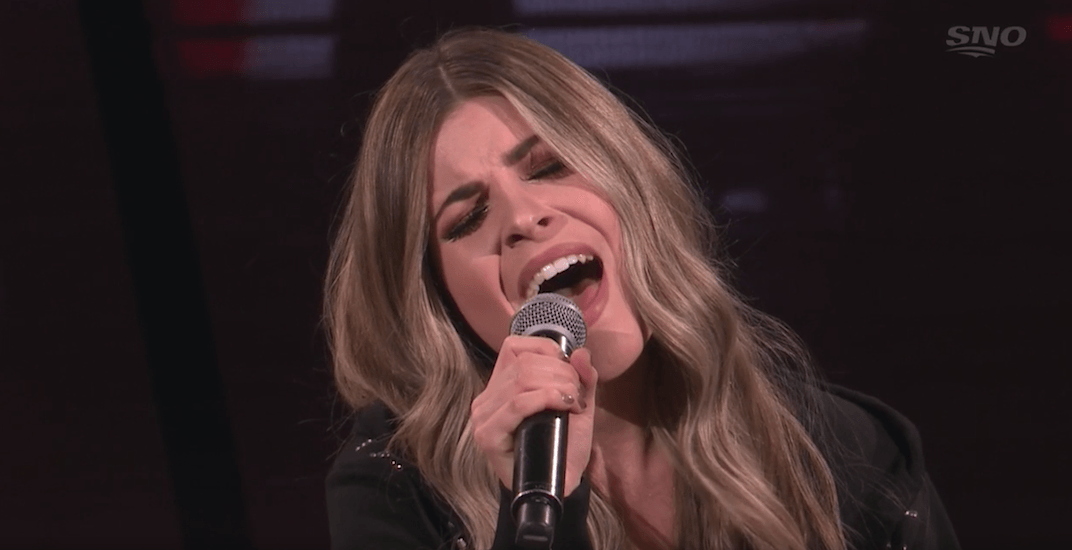 Most of the anthem talk heading into Game 3 of the NBA Finals was surrounding Metallica, and their acoustic guitar version of the Star Spangled Banner.

What most people weren’t ready for was Tenille Arts’ rendition of O Canada.

The Canadian country music singer got all the words right, but added some twang and extra flare to parts of the anthem that people aren’t used to. It was met with mixed reactions.

While Americans seem to enjoy different takes on their anthem, adding personal touch to O Canada is typically met with criticism north of the border.

O Canada was trending on Twitter during the first quarter. Here’s a sample of what people were saying:

They remixed O Canada why

That singing of O Canada 😬 pic.twitter.com/vOH41EPoZO

That was an interesting take on O Canada…

It'll be Livingston in for Thompson as a Warrior starter tonight.

Outstanding Metallica Star Spangled Banner, not so much O Canada. The young woman needs to work on her pace

Yep. Not a fan of this rendition of O Canada.

That was the most brutal version of O Canada I’ve ever heard. There may be blood dripping from my ear. #NBAFinals2019

That is the worst #OCanada I have ever heard #NBA #WeTheNorth

What the hell kind of rendition of O Canada is this

Who was that woman who butchered the tune of O Canada at Raptors game tonight. #raptorsrock #wethenorth

Not everyone was negative though:

I'm not all that familiar with "O Canada," but @TenilleArts crushed it at the #NBAFinals game 3 tonight! pic.twitter.com/FfebXzSb2c