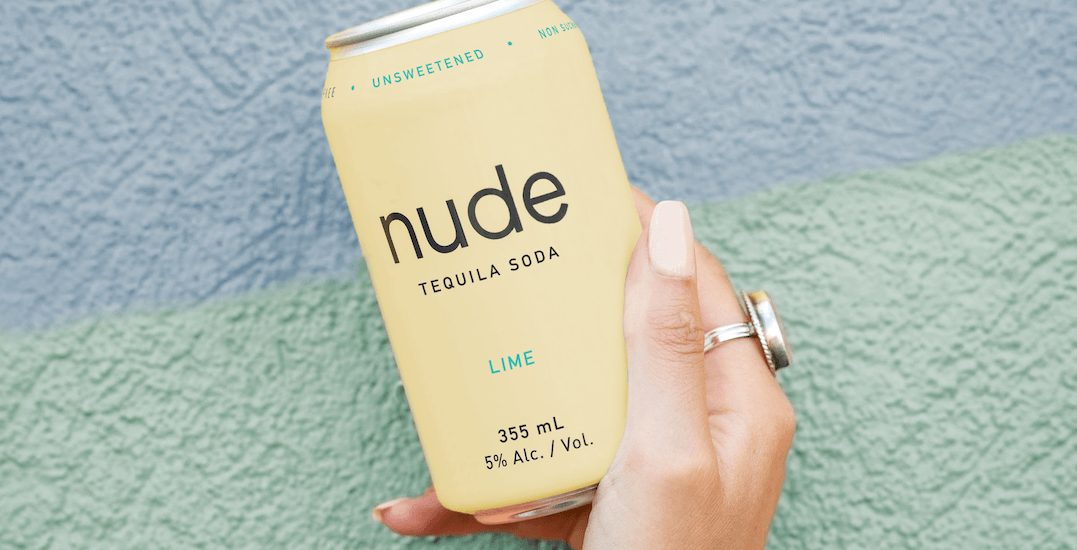 One tequila, two tequila, thr — alright, you get the point.

We should all be taking life with a grain of salt, a slice of lime, and a shot of tequila. But for those nights (or days) when you want to take it easy and have a casual bevvy, there’s Nude Tequila Soda.

Honestly, we were sold at “tequila.”

Inspired by consumer demand, the widely popular Nude is launching the first ever ready-to-drink tequila soda in two iconic and well-balanced flavours: Lime and Pineapple.

Nude, the company behind the vodka soda trend that’s taken over British Columbia in recent years, has kept fans on their toes with new and innovative beverages, from their popular Nude Gin Soda to the recently released, non-carbonated Nude Iced Tea.

Which one will be your summer go to? 🤔

Requests for a tequila soda, however, have been among the highest to date. Jerin Mece, Co-Owner and Head of Sales, told Daily Hive, “Our fans and liquor stores have been asking for a Nude Tequila Soda for a long time now, and we’re super excited to finally bring it to market.”

Maddy Amisano, Head of Operations, adds that the requests just kept coming. “On a single day, we received over 200 requests on Instagram alone!” she explained.

You can expect the same 100-calorie, sugar-free, sweetener-free, and gluten-free goodness that Nude is known for. These delicious qualities made them this year’s top-selling, ready-to-drink brand in BC.

In celebration of the release of their newest beverage, Nude is offering a chance for you and a friend to win a trip to Cabo, Mexico (valued at $1,200). Simply follow Nude Vodka Soda on Instagram and tag a friend in the comments of the following Instagram post that you’d like to bring along with you.

After you enter, the only decision you’ll still need to make is whether to pick up a pack of Lime or Pineapple Nude Tequila Soda (alright, so this isn’t the easiest choice — but they’re both delicious, we promise).

Nude Tequila Soda will be available soon at select private liquor stores across BC. Just like all of their other products, a portion of all sales will be going to the BC SPCA.