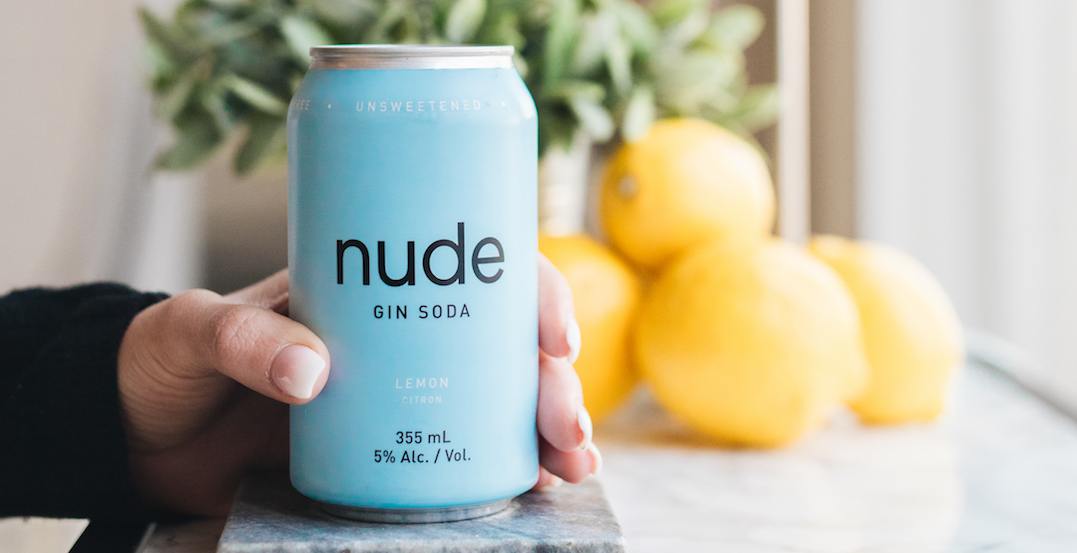 Julius Makarewicz was sick of sugar-laden, hangover-inducing coolers on the market. Where was the healthy (but still delicious) alternative for alcoholic beverages?

Instead of waiting for a better option, he created it. Alongside industry veteran Jerin Mece, Nude Vodka Soda was launched in the summer of 2017, bringing sugar-free, sweetener-free, and gluten-free alcoholic beverages to the Vancouver scene.

And with only 100 calories per can! Think La Croix, but with vodka.

Fast forward almost two years later, and Nude Vodka Soda has become the most successful new cooler in British Columbia, with the fastest sell-through rate. They have created a whole new category which has brought many competitors to follow in their footsteps.

The next move was an obvious one: Gin Soda.

Nude Gin Soda, with its unique floral and botanical notes, still retains the features of the drink most Vancouverites have grown to love. Crisp sparkling water, all-natural lemon extract, and of course, only 100 calories per can.

This summer, it’s an easy choice. You can still maintain that summer bod — why not have your cake, and eat it too?