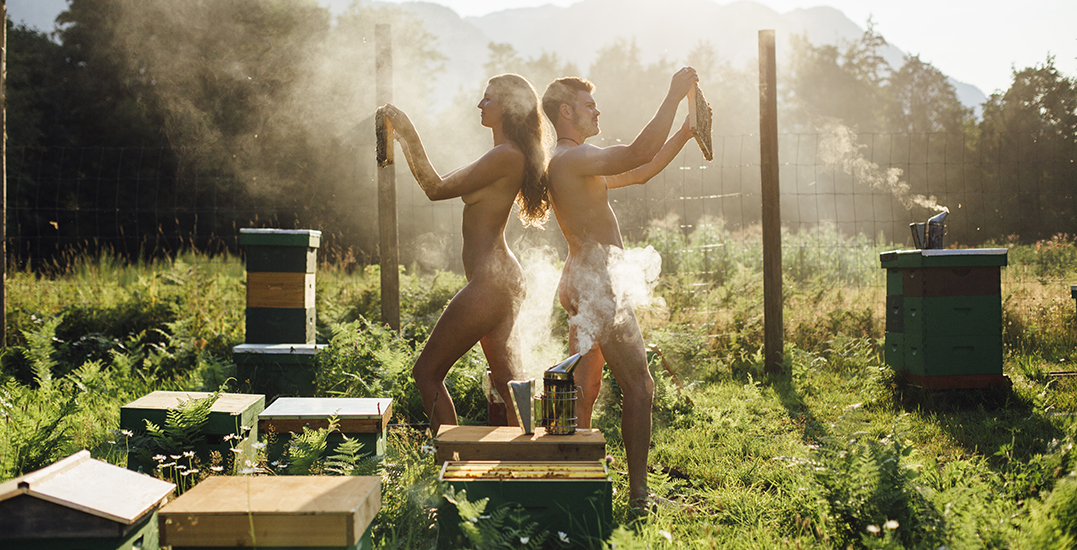 A group of farmers in Squamish have taken a cheeky approach to raise money for a community farm.

The Squamish Climate Action Network (CAN) has released an Indiegogo calendar campaign, featuring farmers from 12 different farms, who decided to strip down and bare it all. 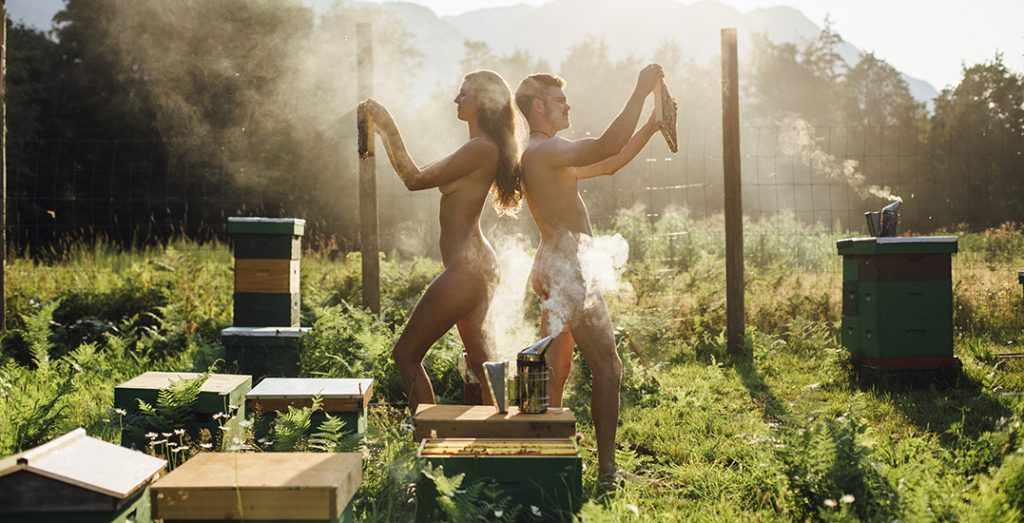 The group has been running gardens across communities and schools for the past several years but has been looking for new ways to strengthen their local agriculture.

Squamish CAN president and coordinator of the calendar, Michalina Hunter, was inspired by a past calendar she had purchased several years ago.

“The calendar I bought raised $35,000 for two women to put a downpayment on farm property,” she said. “How amazing would it be if we could raise that much for a community farm in Squamish?”

After that, Hunter began to reach out to various farmers around the area.

“I sent an email to all the farmers I could think of,” Hunter explains. “We ended up with 12, most of whom were very enthusiastic. It was fantastic to collaborate with each farmer.”

Each photo was taken on the farmers’ respective land in an almost year-long process.

“I met with our photographer, Nina LaFlamme last December,” says Hunter. “We took the first photos in January. Now that we’ve got all the photos together, it’s time to put together the calendar. I’m thrilled with how it turned out, so I’m very excited.” 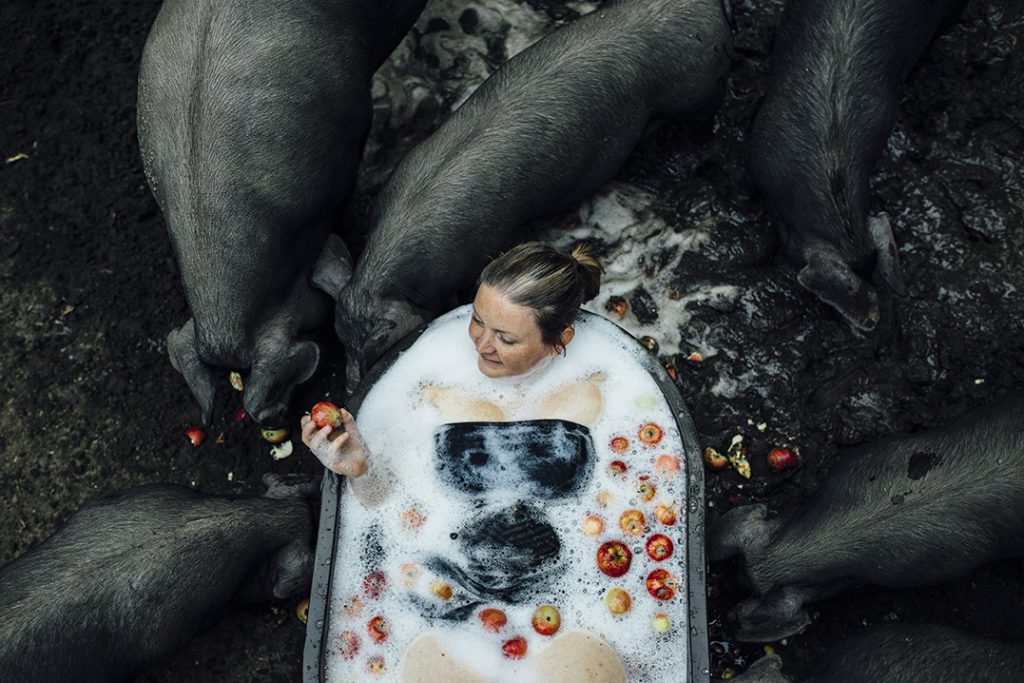 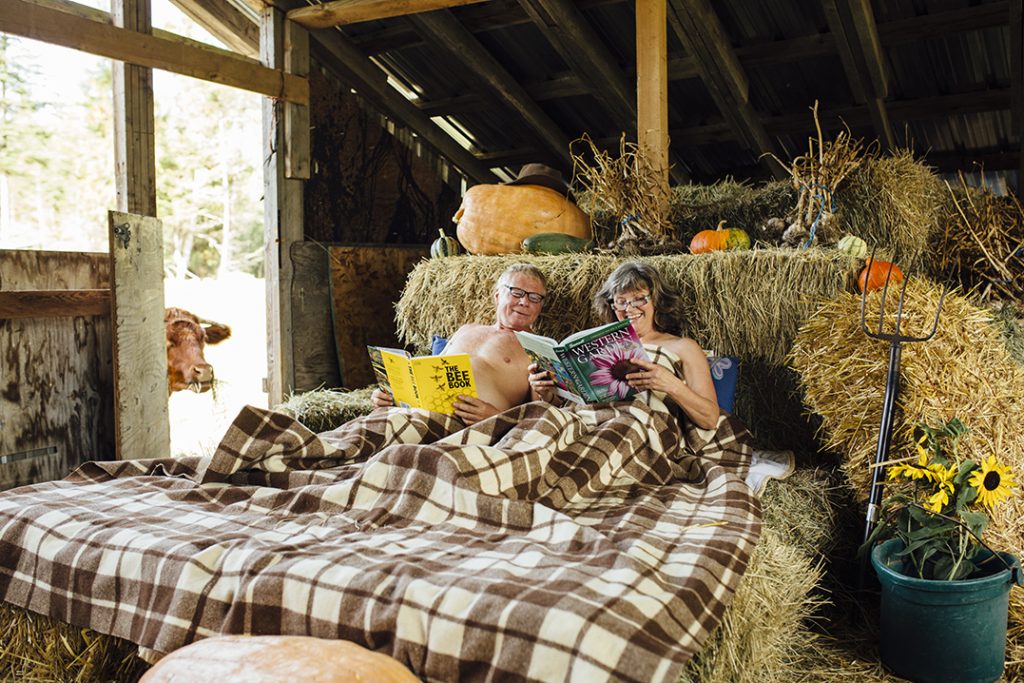 The end goal of the calendar is to gather enough funds for a community farm.

“We want to engage our youth in growing food, teach them employable skills, support new farmers, and demonstrate sustainable agriculture in the community,” says Hunter. “It’ll be a great place for new farmers to build themselves up.”

While they don’t have a strict timeline on the farm, they’ve already begun scouting out different plots of land, with the hopes of securing a space within the next two years. 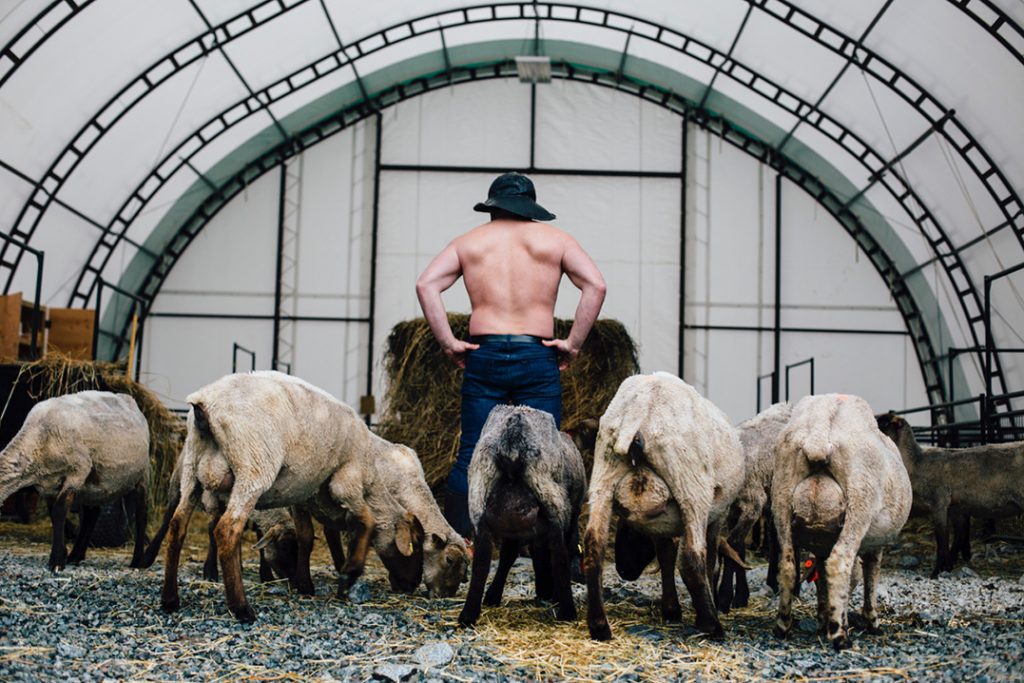 In regards to the calendar, Hunter has already spoken to other farmers with the prospects of a future shoot in mind.

“I spoke to a number of farmers from Pemberton and they were all very excited,” she says. “Depending on the success of this project, maybe we see a Sea to Sky calendar next year.”

So far, the organization has raised $4,100, capably surpassing their $2,500 goal, meaning that a Sea-to-Sky calendar could be a very real possibility.

You can check out their campaign on Indiegogo here.