Hearing the words “Canadian Rappers” in a conversation bring a few names to mind right away: Classified, SonReal, k-os, Jazz Cartier, Brevner, and, of course, Drake. Adding to the list from the left coast is Vancouver’s own Northwest Division. With four members total, the groups consists of local rappers Junk and Hungry, beat boxer/DJ/hype man Gboxx, and rapper-turned-manager Katch.

First meeting each other through Vancouver’s underground hip hop scene, the crew can often be found together working on one of their many ongoing projects. To this day, the members of Northwest Division continue to be instrumental in developing the local battle rap and underground hip hop scene in a city that’s sometimes more well known for producing bands and electronic musicians than rappers.

Fresh off the release of their independently produced LP Orange & Black, we got a chance to talk to Katch, AKA Cole Brownstone, about their progressive new album and the rap scene in Vancouver as a whole. 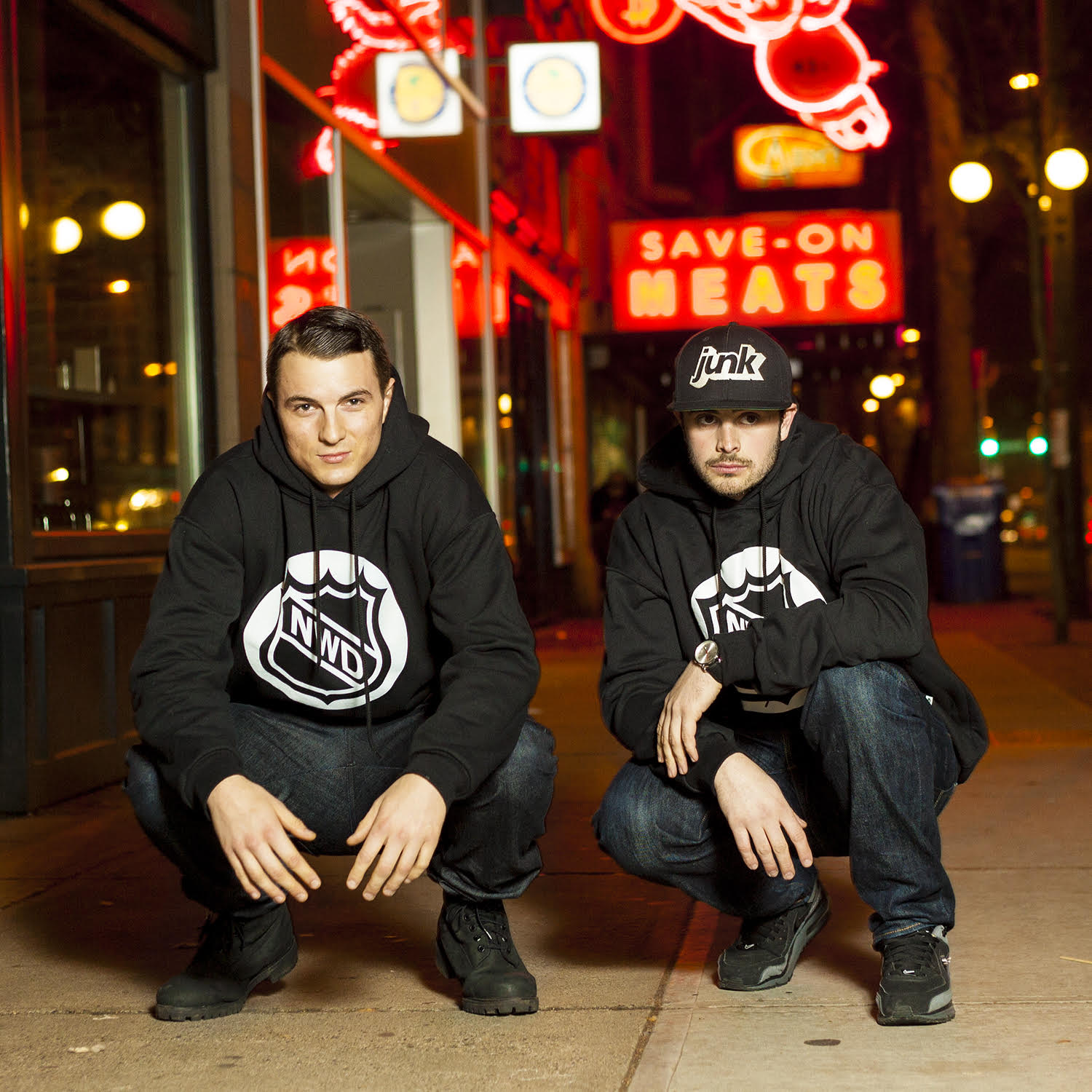 How long has Northwest Division been active now? When did you personally decide to transition from being an emcee in the group into more of a management role?

Northwest Division has been active as a group since 2011. I decided to transition into more of a management role after the first album was released is 2012. I always enjoyed the business side of music so the transition was pretty natural for me; there’s still a lot for me to learn though.

I read somewhere that you guys wanted to release Orange & Black in the most proper way possible by having it sanctioned by services like iTunes and Spotify. Tell us about that process.

I think with each album we release, we learn more about how to present our music more professionally. Since technology and the way music is being received is continuously advancing at breakneck speeds, you have to try and stay on top of it and make sure your music is available in all the places people look for it. We do still believe in the old school face to face promotion though, that’s still the best way to really build your fan base.

This new album really showcases the evolution of NWD with features from local artists like Tonye Aganaba and Snak the Ripper. Can you tell us a little more about their features on the album and how the group has grown in general?

On this album we aimed to work with artists we really respected. Tonye has been killing it in Vancouver’s music scene for many years now and it has been one of our goals to work with her on something. I think the evolution of our music has allowed us to collaborate with her on this record; If we tried a couple years ago, I don’t think the song would have ended up working out the way it did here.

Snak The Ripper is a monster on the mic and one of the most successful rappers to come out of Vancouver in the last decade. We have known each other since back in the day so it was cool to work with him on project.

As far as our overall sound as a crew, this album is far more musical than our past projects. There are many different technical skills that attribute to becoming a good emcee, but mastering those skills won’t necessarily make you a good musician. On this album we tried to produce a wider array of songs to display our broader musical skills beyond just being good rappers.

What are your personal opinions on the rap scene in Vancouver?

The rap scene in Vancouver has a lot of talent, but the overall culture of rap is kind of like a snake that eats itself. Rap is historically very competitive and while I think that competitiveness is something that drives the evolution of a scene, sometimes it also prevents people from working together which holds the culture back. For a long time I think the Vancouver scene was held back because people didn’t want to work together. That being said, I do think that it’s changing.

What did you think about that Madchild and Snak The Ripper beef from a few months ago?

I think the Madchild and Snak beef was great for Vancouver and hip hop in general. There’s a reason why people reacted so positively to it; everyone loves a good battle. It’s like fighting in hockey in that people might not agree with the ethics behind it, but it definitely gets a reaction from the crowd. 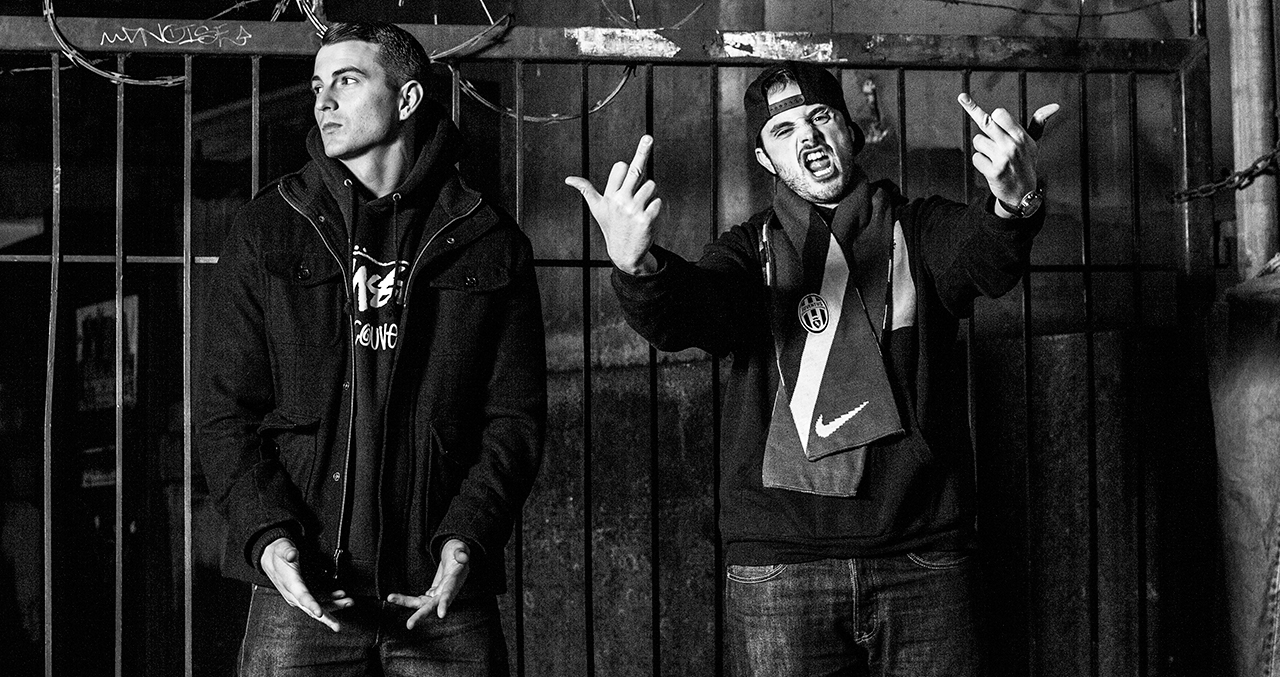 What’s next for Northwest Division?

We’re already in the writing process for our third mixtape that’s part of a series we call Stay Sharp. We’re also planning to drop a few more music videos from Orange & Black pretty soon and our official album release party is coming up on March 19 at Fortune Sound Club too. We’re really looking forward to getting behind this album and pushing to see how far we can take it; we have plans to go on tour this summer and continue to build our fan base and brand.

One of the reasons why music is so fun and exciting is because opportunities can just appear out of nowhere. Every year it seems like we’re accomplishing goals musically that we didn’t think was possible.

Orange & Black by Northwest Division is now available to purchase on iTunes.