It is no longer a secret: You do not have to travel far to see the Northern Lights, also known as the Aurora Borealis.

Although it does not happen often, the southernmost edge of the natural phenomenon typically reaches the Metro Vancouver region a few times a year and it can be visible even with urban light pollution. To be more precise, the odds of seeing the Northern Lights in Vancouver is approximately 5% daily. By comparison, the probability of having a ‘White Christmas’ in Vancouver is 20%.

So it is a matter of predicting when the Aurora might happen and how far south the event will reach, which is anything but an easy and completely accurate prediction. The most accurate predictions are made just 30 to 60 minutes before it actually occurs, but given that this forecast happens during the late evening hours or early morning hours only a handful of skywatchers are able to know ahead of time.

And even if the geomagnetic light show is expected, there is the local weather factor to account for. Cloud cover can obviously ruin even the most powerful and brightest Northern Lights displays.

Charged particles emitted from the sun interact with the Earth’s magnetosphere, which protects the planet from high levels of harmful radiation, situated above in the upper atmosphere.

Instead, the magnetic fields of the planet direct the solar particles to the magnetic north and south poles, where it collides with the gases of the atmosphere – namely oxygen and nitrogen – to produce the bright and colourful discharges of blue, green, pink, purple, red, and white. These geomagnetic storms can appear as arcs, bands, patches, curtain-like veils, and rays, but in most cases they are slow moving.

From space, the Aurora usually appears as a oval-shaped halo of light beginning at an altitude of approximately 110 kilometres above the surface, encircling the magnetic north and south poles. 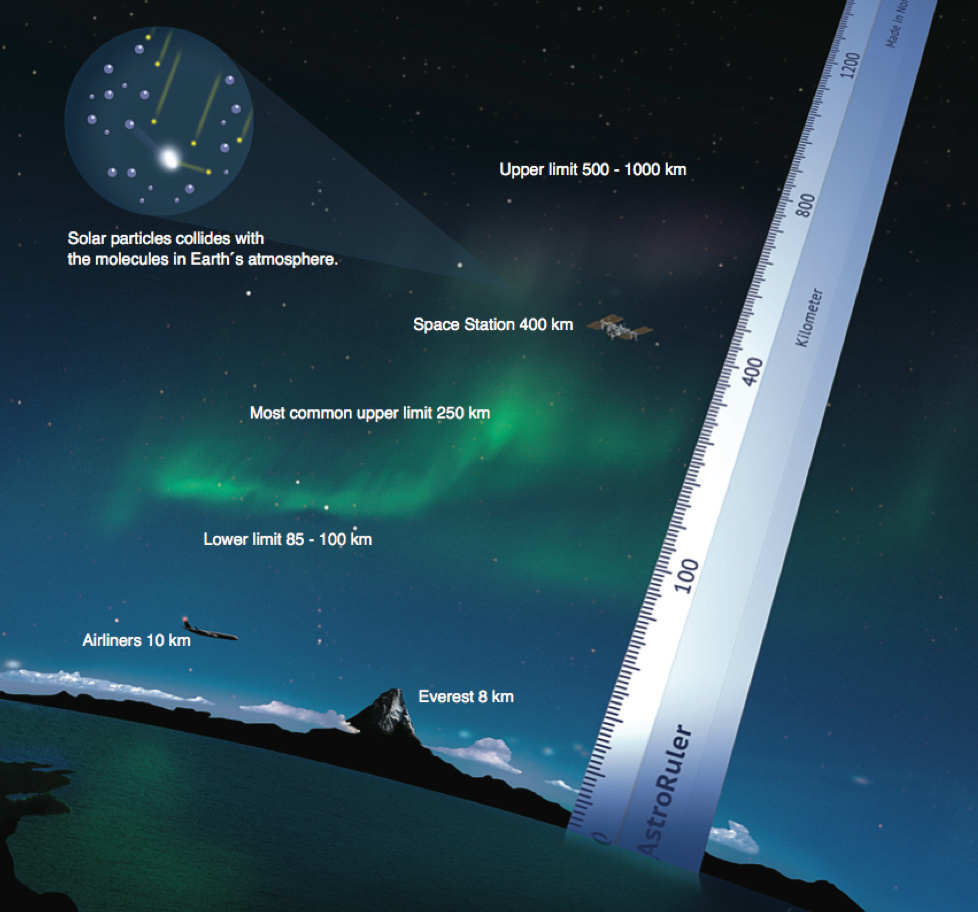 To be able to penetrate Earth’s northward magnetosphere, the solar magnetic field lines need to have a southward orientation to be able to establish an opposite attracting link.

Occasionally, the magnetic north’s Aurora oval might reach far down all the way to the subtropics, meaning the view of the Northern Lights from Vancouver would be from the south. But the geomagnetic storm is rarely strong enough for this to happen.

Forecasting the Northern Lights in Vancouver

Auroras typically become significantly larger when a coronal mass ejection (CME) leaves the sun, which is an unusually large release of solar particles following a solar flare. The velocity of a CME is much slower at approximately 3,000 km/s, and the only way it can be accurately measured to predict a strong Aurora is from NASA’s Advanced Composition Explorer (ACE) satellite.

The ACE satellite is located about 1.5 million km from Earth, at what is known as the L1 point – where the Earth and sun’s gravitational fields are the same so that the satellite can stay in the same position without burning fuel. 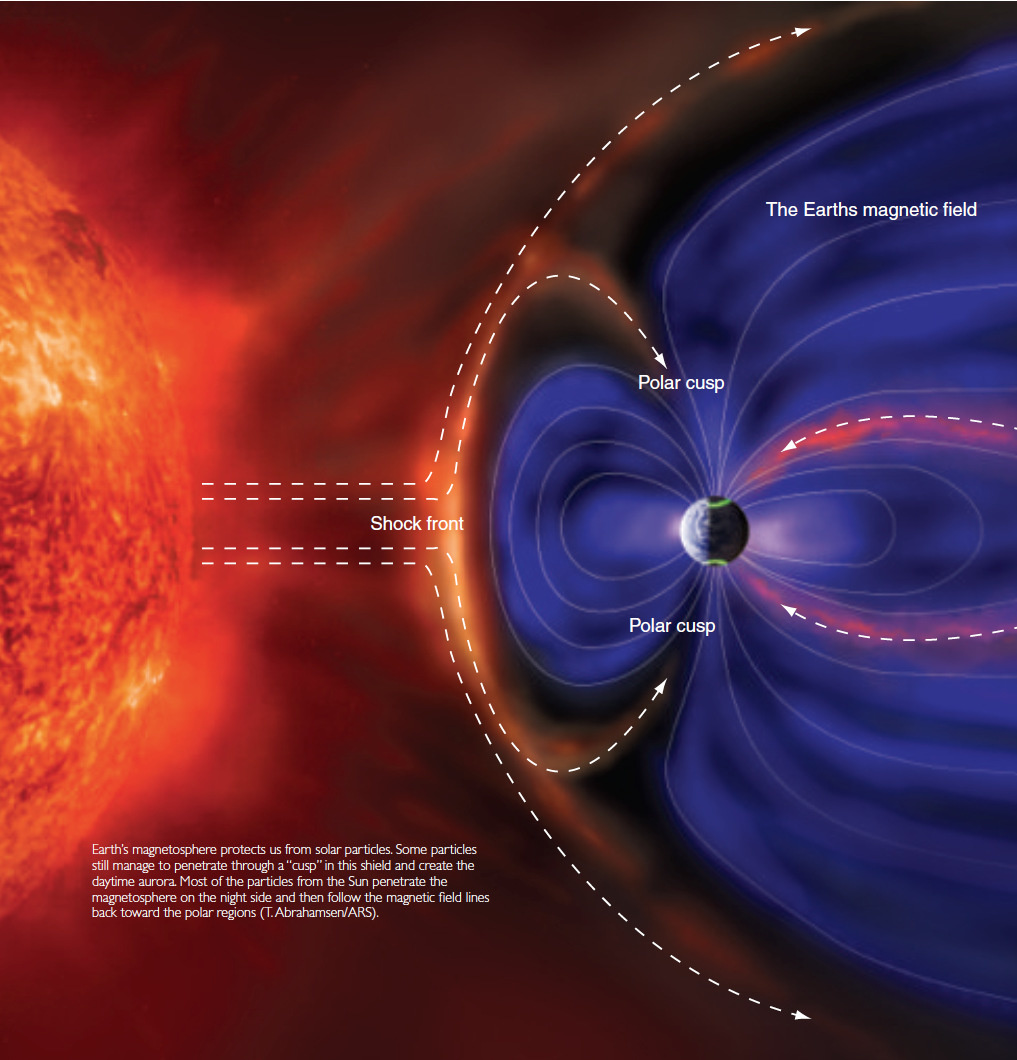 When the CME hits the ACE satellite, scientists are able to know how strong the CME is and whether it is traveling towards Earth’s direction. The satellite is relatively very close to Earth so it only provides a 30 to 60 minute notice, depending on the speed of the CME.

The frequency of CME events depends on the 11-year solar cycle. During the solar minimum phase when solar flare activity falls, a CME is released about once every four to five days. This increases to up to four ejections per day during the solar maximum phase at the peak period of solar activity when the number and size of sunspots grows.

The solar cycle reached its peak maximum in 2014/2015, and it is now well onto the path towards the minimum phase.

Data collected by the ACE satellite drives NASA’s 30 to 60 minute OVATION Aurora Forecast. The forecast, consistently updated through out the day, provides the probability of the extent of the Aurora’s reach in both the Northern and Southern hemispheres as well as a visual indicator of the dark and sunlit areas of the planet.

More recently, NASA has also launched a 3-Day Forecast, which shows the estimated location of the Aurora in three-hour cadences. This more long-term forecast is currently in its beta phase.

Additionally, data from magnetic observatories around the world enables the creation of the Wing Kp forecast, the predicted global geomagnetic activity index. It gives a simple numeric Kp prediction on a nine-point scale based on the severity of the disturbance to Earth’s magnetic field.

A minimum Kp of six is necessary for the Northern Lights to reach the Metro Vancouver region while a Kp of nine means the event could be seen as far south as Kansas. With a Kp of greater than nine, the aurora could be potentially seen in Texas and Florida.

The Northern Lights can be seen in Whistler and sometimes Squamish when a Kp of five is forecasted.

When there is a large solar flare, a geomagnetic storm watch will usually be issued by NASA. These are observed almost immediately, in about eight minutes – the time for light to travel from the sun to the planet.

Occasionally, the Aurora’s peak arrives during daylight, before it is dark enough to see the light show. Moon light, particularly a full moon, can also be factor. In Vancouver, the dancing light shows typically happen anytime from 10 p.m. to 3 a.m., although they usually peak at midnight.

Best places in Metro Vancouver to spot the Northern Lights

The Northern Lights are visible in some of the more secluded areas of the Metro Vancouver region, away from the light pollution of dense urban areas.

Here are some recommended locations for spotting the Northern Lights when the conditions are right:

Photos of the Northern Lights in and around Metro Vancouver in recent years: 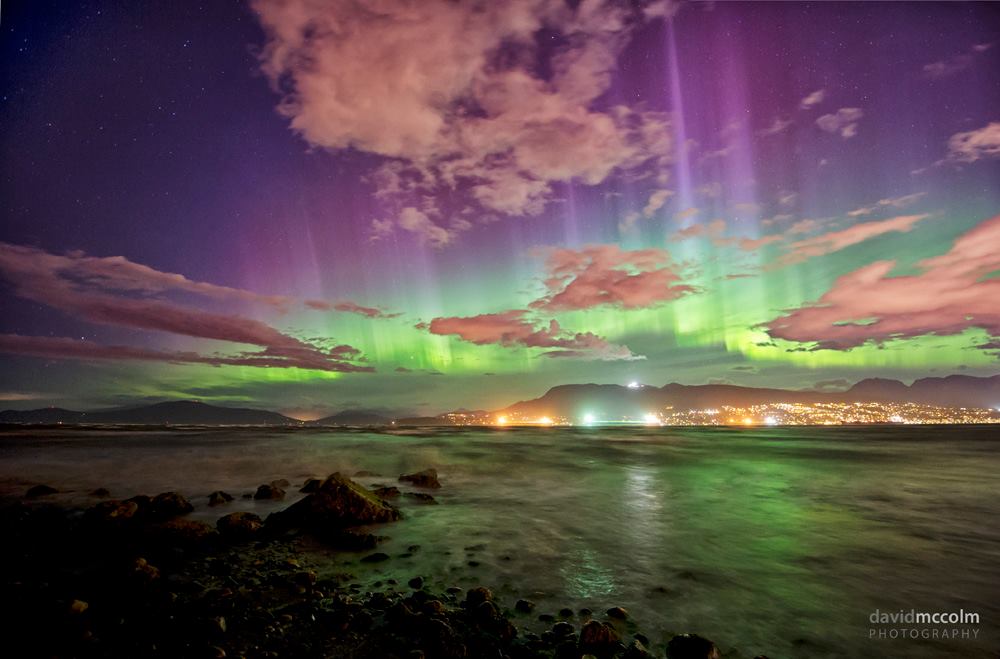 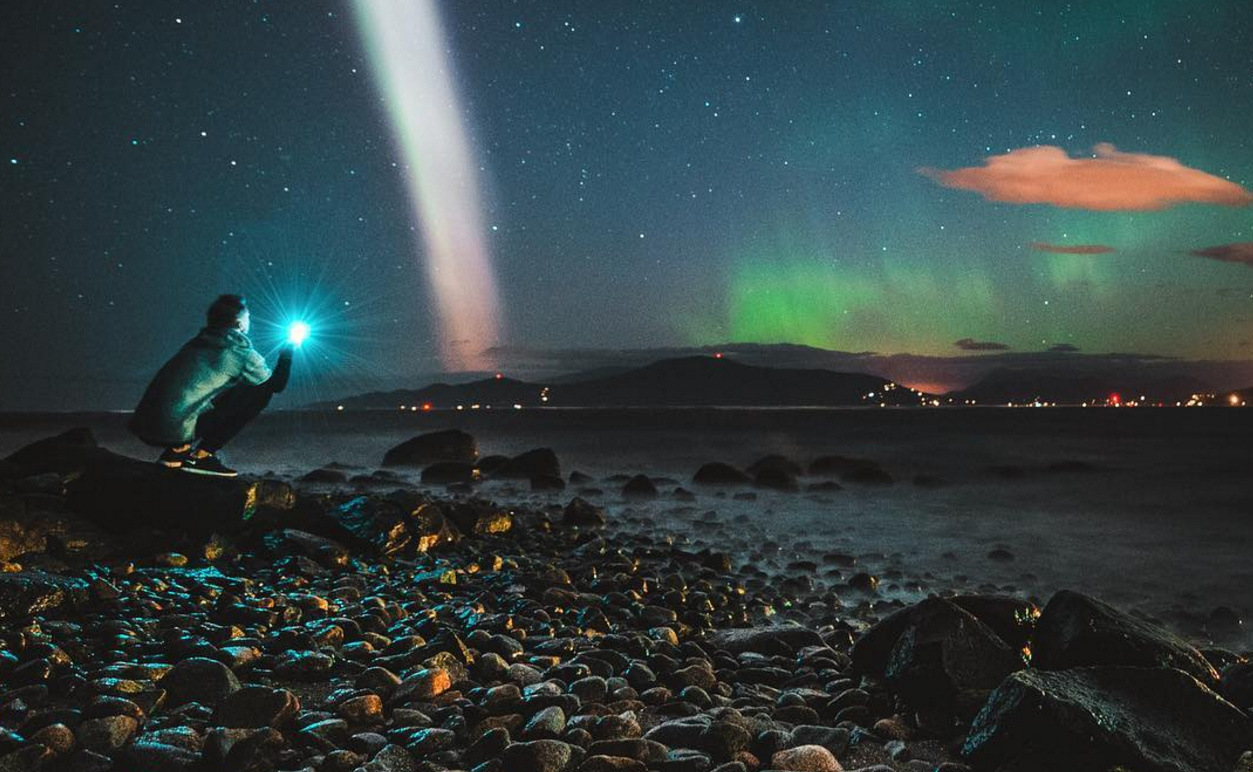 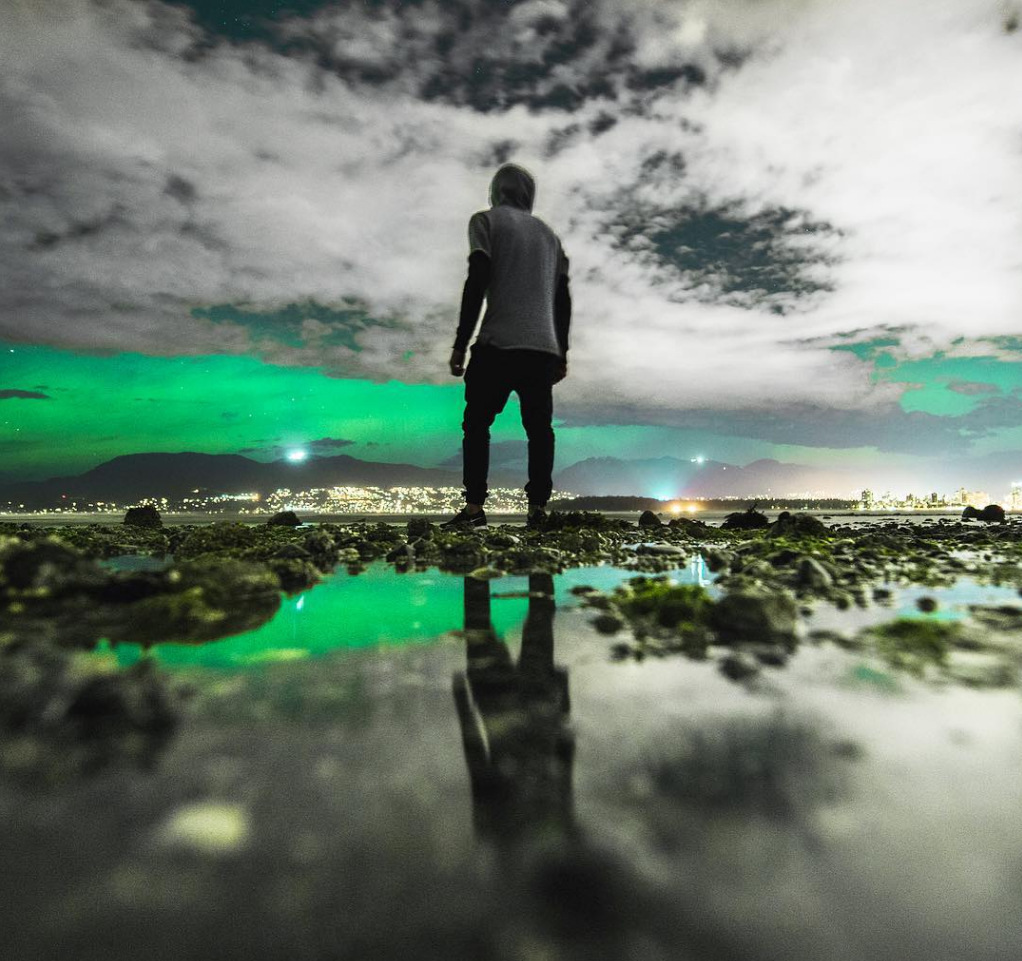 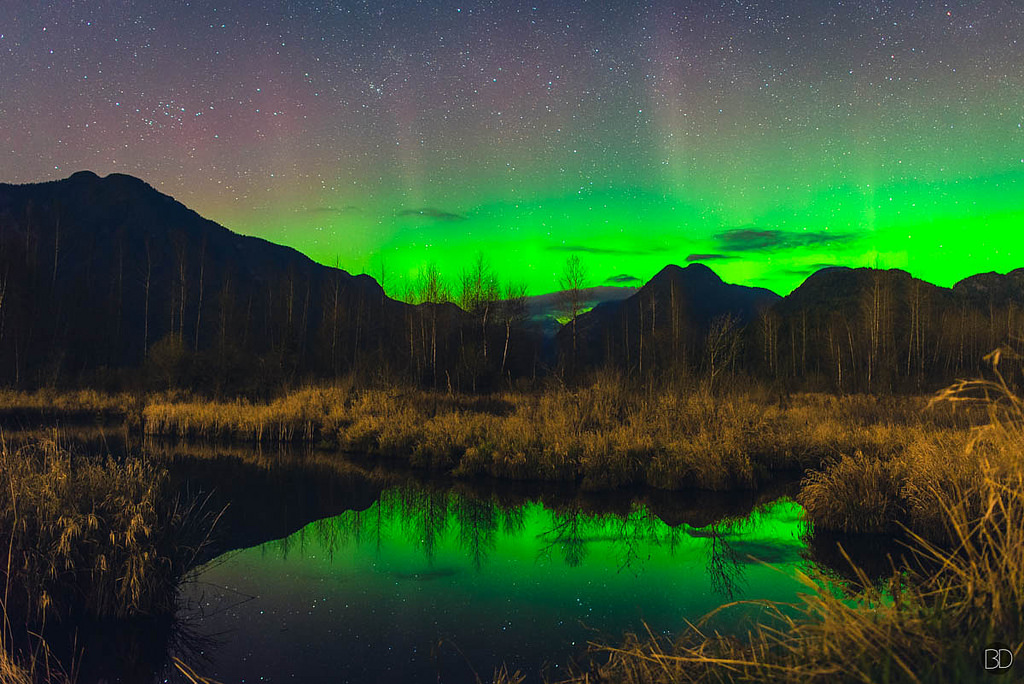 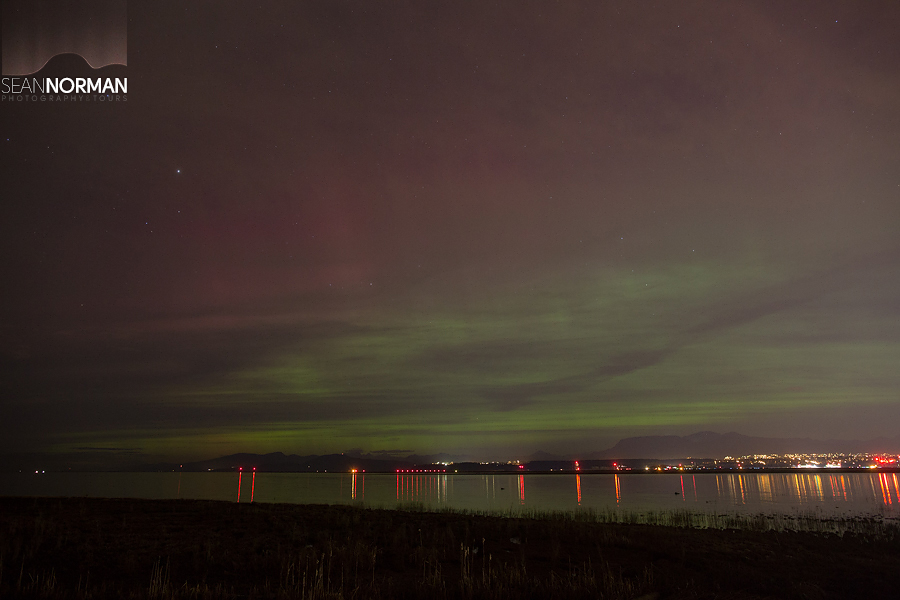 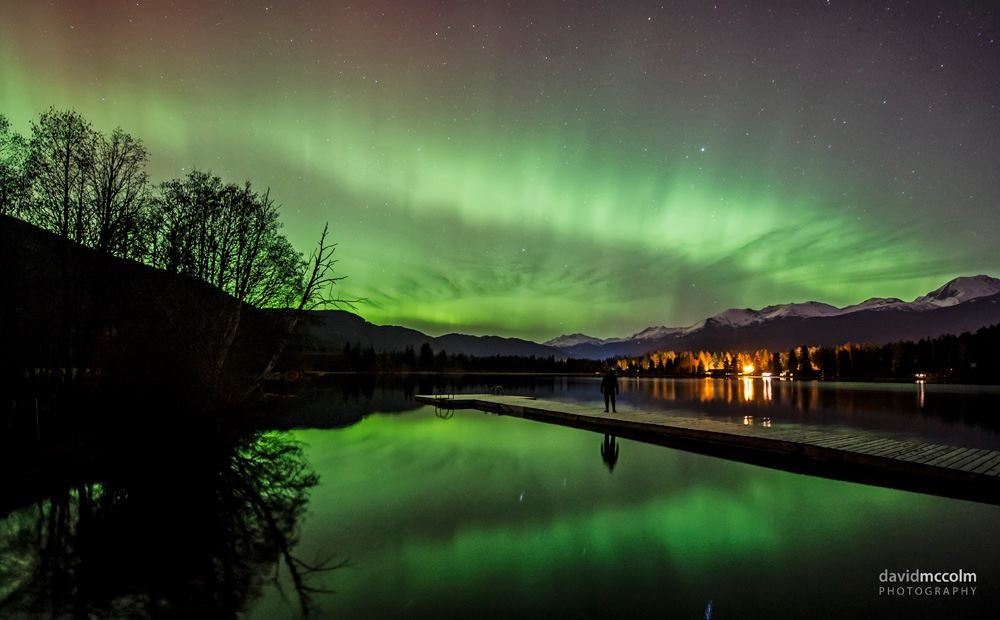