In this photo you can see the Northern Lights (Aurora Borealis) over downtown Vancouver. Don’t believe us? Here is what photographer Alexis Birkill had to say on our Facebook page:

As someone who has done his fair share of night photography, the aurora certainly can be photographed in Vancouver when it is strong enough. We are currently at the peak of activity (which cycles approximately every 11 years).

This year there have been four or five nights so far when the aurora has been strong enough to be visible over Vancouver, although not all of those have coincided with clear skies. Given the timing, it would not surprise me if this photo was taken last night, when there was a strong aurora, although it could have been on another occasion.

Of course, you will get much clearer photographs of the aurora in a dark sky location. Here’s a shot I took at Porteau Cove, about 40 minutes from Vancouver, a few weeks ago: http://www.flickr.com/photos/abirkill/9030190427/

Also, just because it’s been photographed doesn’t mean you would have noticed it if you weren’t looking. You would need to let your eyes adapt to the dark for 15-20 minutes to have a chance of seeing this, which very few people do, and is of course difficult to do in or near the city. A camera is unaffected by this and can pick out details that the eye will struggle to see.

While any photograph can be altered, this photo looks absolutely genuine to me, and the green glow certainly isn’t a result of light pollution (although the grey sky overhead, as well as the clouds being orange, certainly is). 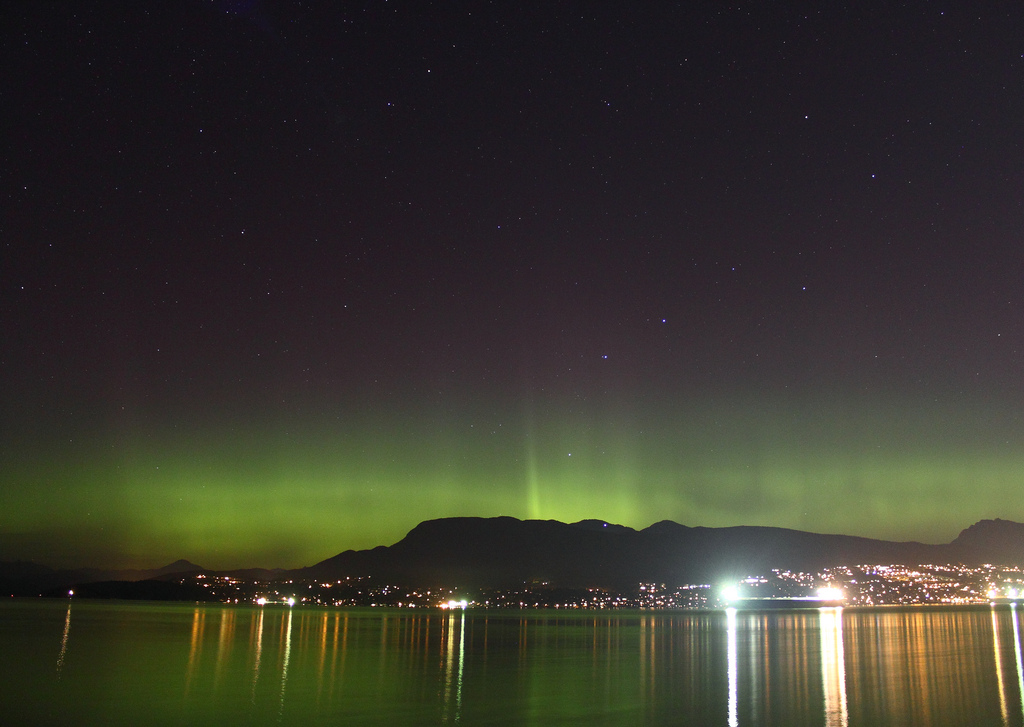 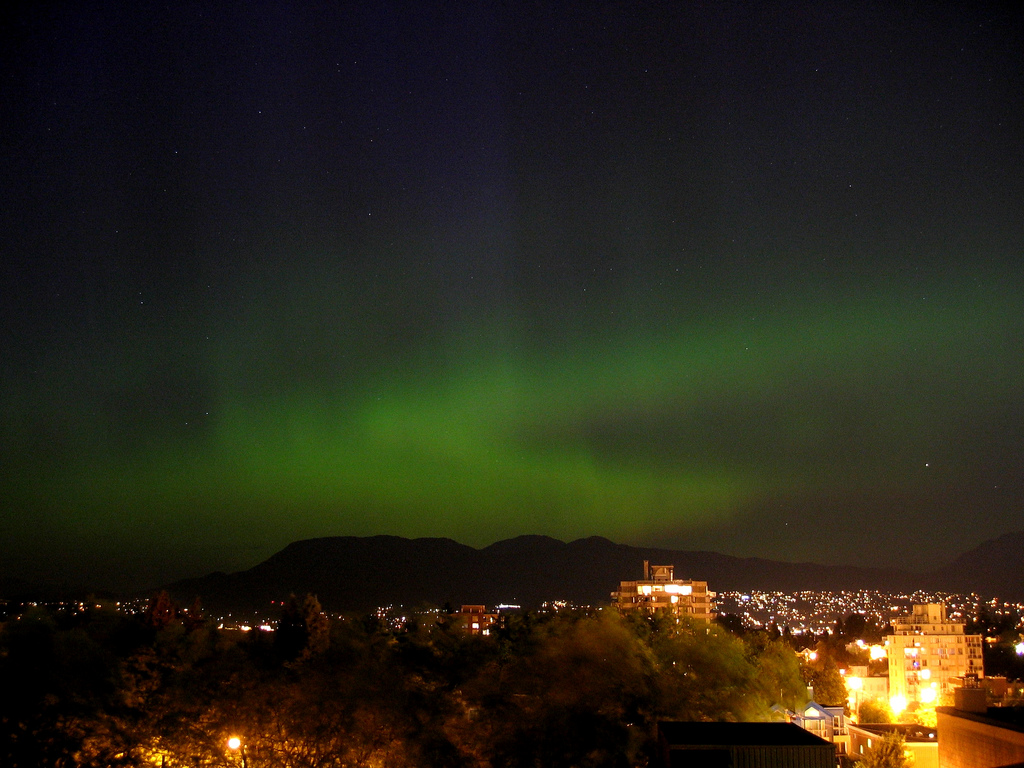 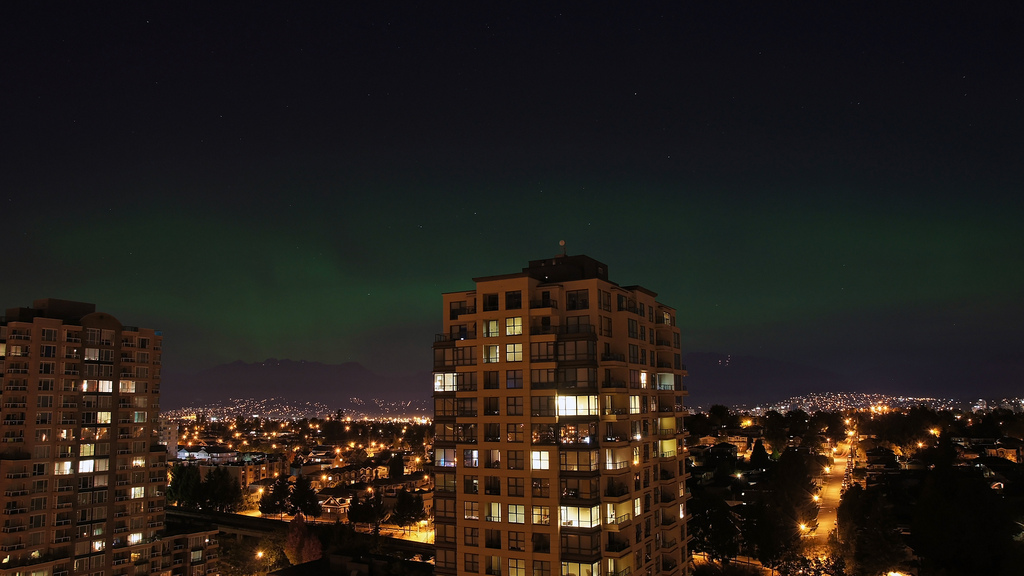 Photo of the Northern Lights over Howe Sound from Porteau Cove, about 30 kms north of Vancouver along the Sea-to-Sky Highway.