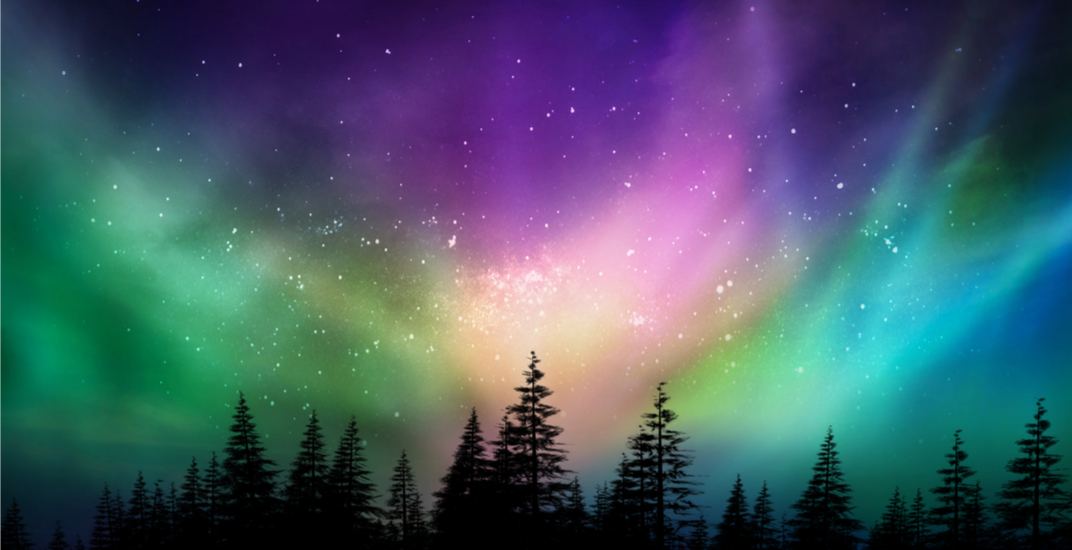 Just days after a meteor was confirmed above Canada’s skies, another space phenomenon is about to give us another show.

According to the Space Weather Prediction Centre, a solar storm is set to display the Northern Lights on the evening of September 6, (AKA tonight).

“The geomagnetic storm watch for the 6 and 7 September, 2017 UTC-days has been upgraded to G3 (Strong),” reads the website. “The G3 Watch is in anticipation of the expected arrival of a coronal mass ejection (CME) that took place in association with an M5 flare (R2-Moderate radio blackout) observed on 4 September at 2033 UTC (1633 ET). Current analysis and forecasts reflect CME arrival late on 6 September, 2017; with CME effects continuing into 7 September.”

Coronal mass ejections (CMEs) are massive explosions of magnetic field and plasma from the Sun’s corona, according to the Space Centre.

In fancy terms, this means that if the skies are clear where you are on Wednesday evening, chances are you might catch the natural light show in Canada. 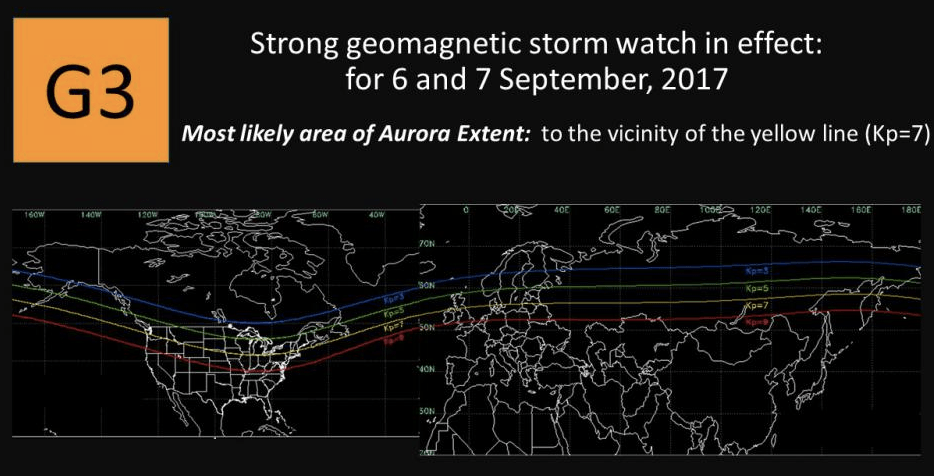 According to the Centre’s map, countries and cities along high latitudes are likely to see the dazzling display.

This means major Canadian metropolitan areas like Toronto, Montreal, Vancouver, and Calgary could see a major natural nighttime light show, although this is, obviously, dependent on local weather.

Updates on the Northern Lights and timing will be available on the Space Weather Prediction Centre’s ‘Aurora- 30 Minute Forecast’ page. The expected time of the Northern Lights varies between latitudes, but it generally happens anytime between 10 pm and 4 am local time.

To catch the show in full display, try to head away from city centres and light pollution. And don’t forget your cameras.