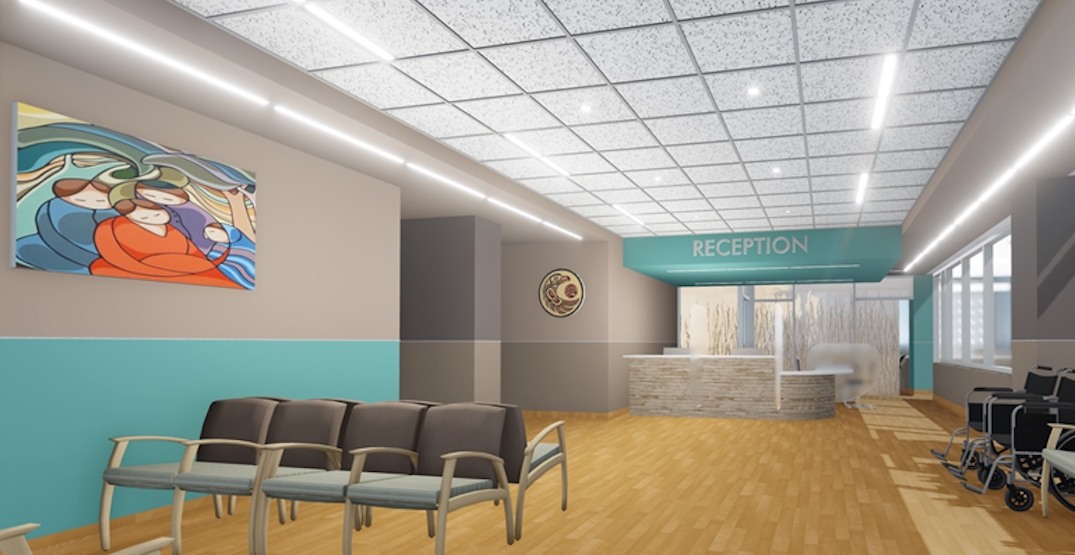 The provincial government has announced that it will open a new Urgent and Primary Care Centre (UPCC) in the Lonsdale area of the city of North Vancouver.

According to a release, the UPCC — a public healthcare clinic — will be located on the second level of 221 Esplanade West, next to the Lonsdale SeaBus terminal and bus exchange. There will be 14 full-time staff, including general physicians, nurse practitioners, registered nurses, and social. The space is currently being renovated ahead of its opening by the end of September.

The new UPCC clinic concept created by the provincial government provides care to people with non-life-threatening conditions who need to healthcare services within 12 to 24 hours, but do not require a visit to the emergency room (ER) at a hospital, which effectively frees up ER space for individuals with serious and more urgent conditions.

Additionally, the clinic also provides people with a regular primary care provider in an effort to help address the shortage of family doctors in the province.

This particular facility in Lonsdale is estimated to see over 35,000 patient visits annually by 2023, with a catchment area that stretches across all three North Shore municipal jurisdictions.

“The North Vancouver UPCC will help connect more people in North Vancouver and the surrounding communities with the health care they need, when they need it,” said Adrian Dix, BC Minister of Health, in a statement.

This is the provincial government’s 10th announced UPCC location since the new clinic concept was announced in the spring of 2018. It is also the third location in Metro Vancouver; locations opened at 1290 Hornby Street in downtown Vancouver and 9639-137A Street near Surrey Memorial Hospital in Fall 2018, and another location at 1145 Commercial Drive in East Vancouver will be fully operational by October 2019.