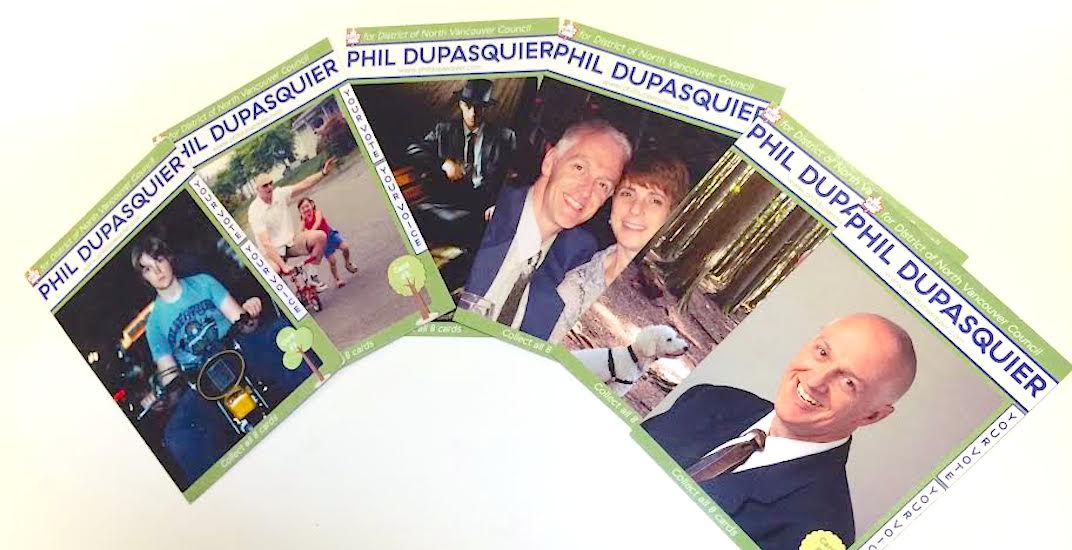 While exercising your democratic right to vote is as important as ever, it seems that, more often than not, municipal election campaigns leading up to election day are pretty run-of-the-mill.

There’s the usual onslaught of signage all over the place, over-friendly campaign workers imploring you to “make the right choice” and vote for their preferred candidate, and steady appearances by the candidate themselves at debates, public events, and special appearances.

However, one city council election candidate for the District of North Vancouver has gone one step farther by putting his own spin on the whole process – specifically, with trading cards.

Over the last few weeks, a steady stream of mail has been showing up here at Daily Hive from Phil Dupasquier.

Inside each envelope is a “trading card” of sorts, featuring a different photo of Dupasquier on the front, as well as his “stats” on the back. But, with this being an election campaign and all, instead of a batting average, there are actually parts of his platform that he has chosen to highlight. 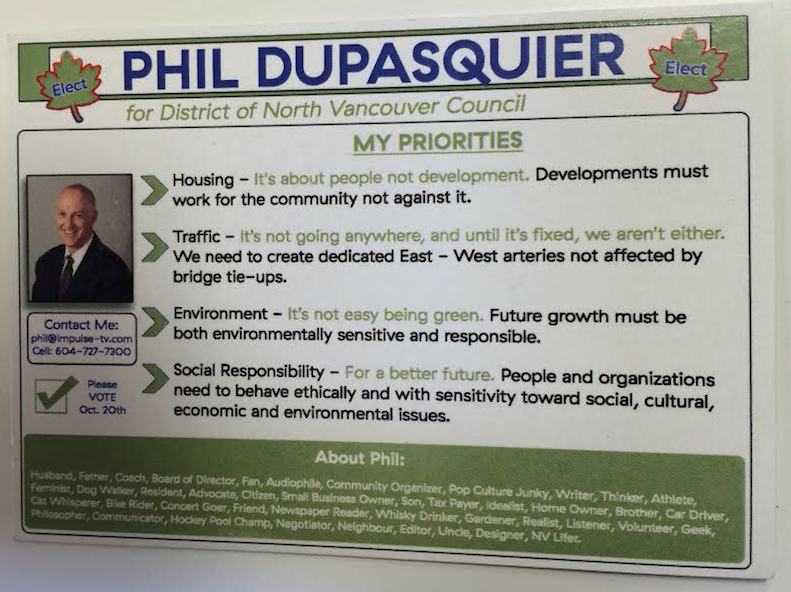 Phi Dupasquier’s “stats” on the back of his trading card. (Eric Zimmer /Daily Hive)

While it remains to be seen just how successful this unique approach to campaigning will be come election day, we have to hand it to Dupasquier, who has scored some big creativity points in this election season.

North Vancouver residents head to the polls this Saturday, October 20.