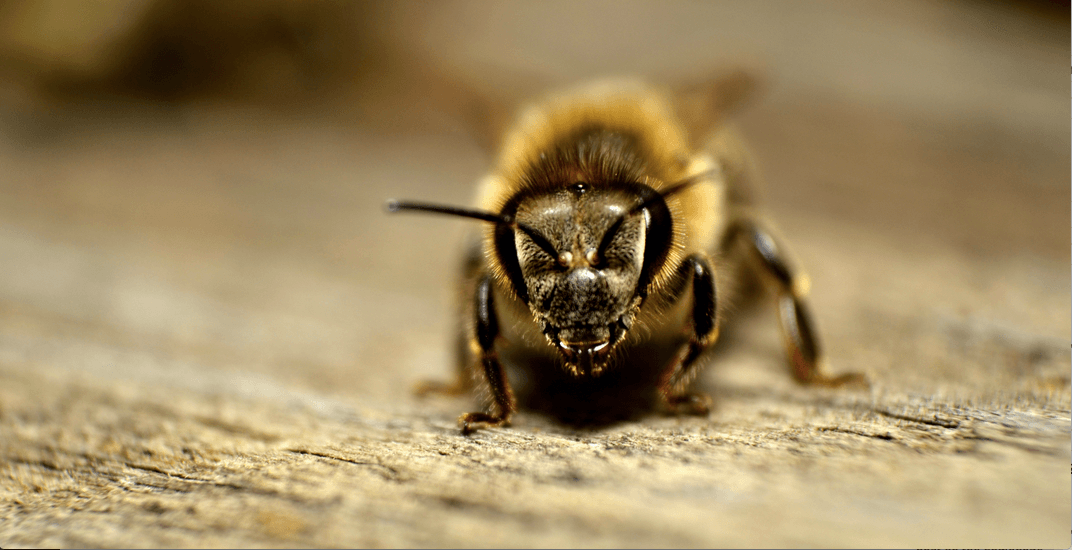 It’s hard to bee-lieve such a tiny creature could create such a large buzz, but that’s exactly the case after a North Vancouver woman got caught in a different kind of traffic sting this week.

Around noon on Tuesday, North Vancouver RCMP responded to reports of a crash on Capilano Road near Mt. Crown Road.

The woman had apparently lost control of her vehicle, causing it to side-swipe a telephone pole, jump back onto the road, and finally come to a stop “a good distance away,” according to police.

“Long skid marks were left by the vehicle’s tires which led the investigator to believe the driver was exceeding the speed limit at the time she lost control,” said North Vancouver RCMP Const. Brett Cunningham.

“Fortunately, no one was injured and there were no pedestrians on the sidewalk at the time of the collision.”

“Nature often finds its way onto our roadways”

When questioned by officers as to what exactly had happened, the woman told police she lost control of the vehicle when a bee flew inside of it.

The investigator was unable to confirm the validity of the story though, as the woman was not stung and the bee apparently flew the coop ( – or in this case, the Pontiac Sunfire the woman was driving.)

The woman was ultimately charged with one count of Driving Without Consideration and handed a $196 fine.

“With North Vancouver being so close to the forests and mountains, nature often finds its way onto our roadways,” said Cunningham. “For this reason, we need to be diligent when encountering small or large animals and even insects like bees.”

A friendly reminder to always bee careful on the roads.