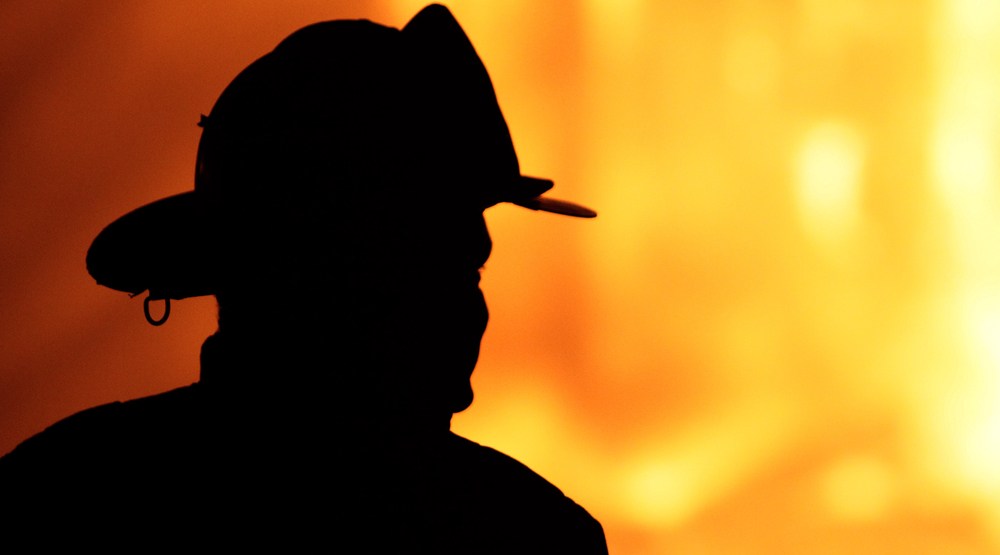 He put his own life at risk to save another and today, North Vancouver Fire Department Captain Kit Little was honoured with a medal of bravery for his actions.

The award is “a well-deserved recognition of the bravery that he exhibited” during a rescue last summer, said BC Fire Commissioner Gordon Anderson.

On the morning of July 18, 2016, City and District of North Vancouver fire crews responded to an apartment fire where flames had engulfed the building.

Upon their arrival, firefighters found residents calling for help on the balconies of the upper floors. As the fire was too too extreme to attempt rescues from inside the building, crews had to use ladders to reach the balconies.

A firefighter went up one of these ladders, but was unable to reach a senior occupant who couldn’t get over the railing.

Following the first unsuccessful rescue attempt, Little went up the ladder in a second attempt to rescue the senior occupant. However, it quickly became apparent to Little that his breathing apparatus and helmet would prevent a successful rescue.

Putting his own safety at risk, he then removed his safety equipment in order to reach the person trapped.

Standing on the top rung of the ladder, Little reached over the balcony to access the occupant, and then carried her down the ladder where he safely passed her to other firefighters on scene.

He then returned to the balcony to retrieve the occupant’s small dog.

Little’s actions were “taken at considerable personal risk in the face of severe fire conditions, to ensure the safety of a trapped resident,” Anderson said.