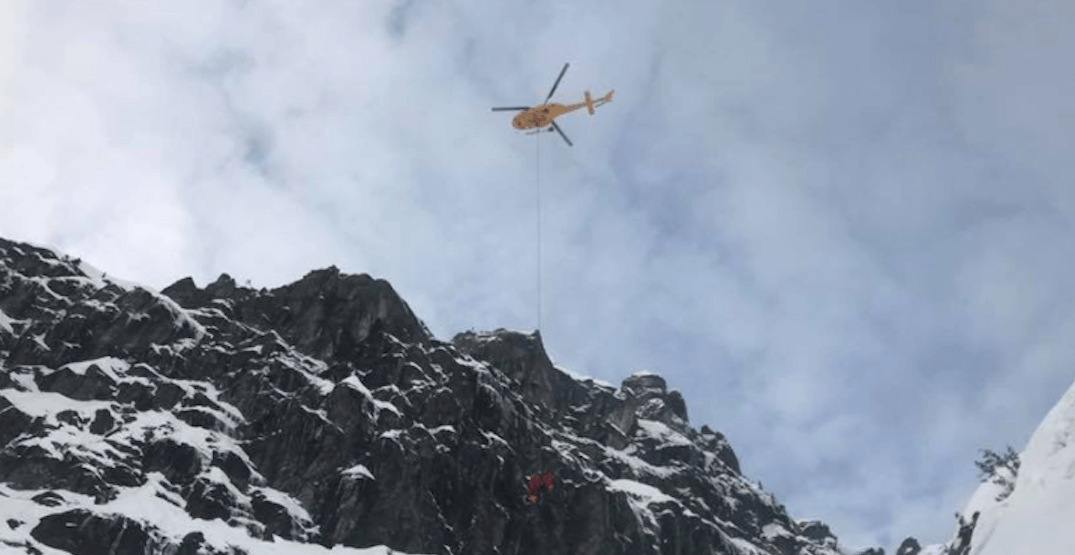 It was a busy Family Day for North Shore Rescue (NSR) as they responded to a total of eight different incidents on three different mountains during the holiday Monday.

In a series of tweets and updates throughout the day, NSR said they dealt with everything from falls, to dislocated shoulders to long-line rescues.

At one point, there were two rescues going at the same time, on both Cypress and Seymour.

NSR medical person responding to Cypress Mountain, near the Bowen Lookout, for an injured snowshoer. If you are… https://t.co/uBWzJr8XEI

A rescue chopper was used to help an injured hike off of Mount Seymour’s Tim Jones Peak.

Members of @NSRescue successfully extract injured hiker off the back of Tim Jones Peak on Seymour. #chopper9 #boostsystems #ctvvancouver pic.twitter.com/94HPsmwnK9

A call about a hiker who had suffered a broken ankle sent a rescue team to Grouse Mountain.

In what was likely the most extensive rescue operation, NSR responded to a callout from a personal locator beacon of the back of Crown Mountain Monday evening.

Upon assistance and further assessment of the situation, it was determined that a helicopter long-line rescue would be necessary but wouldn’t be possible until the morning.

“These two were prepared and brought satellite communications technology with them, which allowed them to call for help,” said NSR on Facebook. “Even with this, they had to wait the night for rescue.”

The pair of hikers were successfully extracted from the mountain Thursday morning.

While many trails around Vancouver stay open for the winter, Danks says the backcountry of Lynn Headwaters, including Crown Mountain, Hanes Valley, and Lynn Lake are closed.

“That whole area is closed during the winter because it is in avalanche terrain. We’ve had a number of fatalities in those areas,” said Danks in a recent interview with Daily Hive

And while the Howe Sound Crest Trail is open during the winter, be aware North Shore Rescue has seen a number of fatalities in that area as well.

“Anywhere you’re going on the North Shore, you can be remote very quickly, so you just need to really make sure you understand the terrain that you are getting into,” said Danks.

“Either you’re with someone who has been to that area before, or I recommend that you stay away from those areas until you can get a better understanding in the summer.”

North Shore Search and Rescue is a voluntary organization and relies on donations to help fund their rescue operations. To donate, check here: northshorerescue.com.