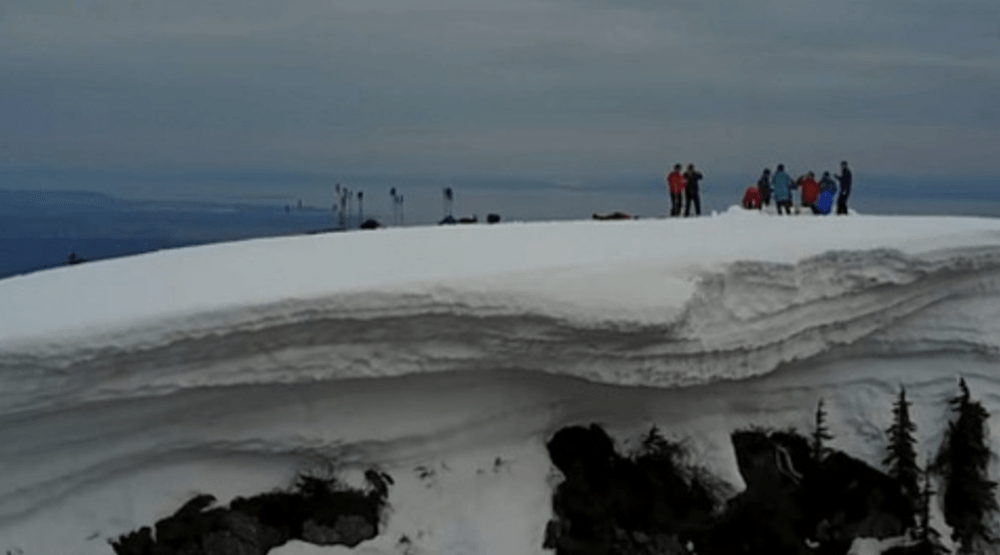 A cornice on top of Strachan Mountain (oldmatt/Clubtread Hike Forum)

Yesterday, NSR posted a message on their Facebook page asking hikers to be cautious, especially if they are planning to head out to Strachan Mountain, located in the Cypress Bowl ski area, where a cornice is on the verge of breaking.

“This time of year, with the spring conditions, we have an unusually large amount of snow still on the mountains. Fifteen feet of new snow fell this week. So when we get a lot of sun, slopes can become unstable,” John Blown, a volunteer with NSR, told Daily Hive.

Blown says that hikers should avoid steep slopes, especially in the in the afternoon when temperatures begin to rise.

In April, five snowshoers were killed by an avalanche on Mount Harvey, which was the result of a collapsed cornice.

Blown says that hikers need to take precaution this weekend, especially as temperatures get warmer.

“That cornice is going to fall off, probably this weekend. People just need to be aware.”