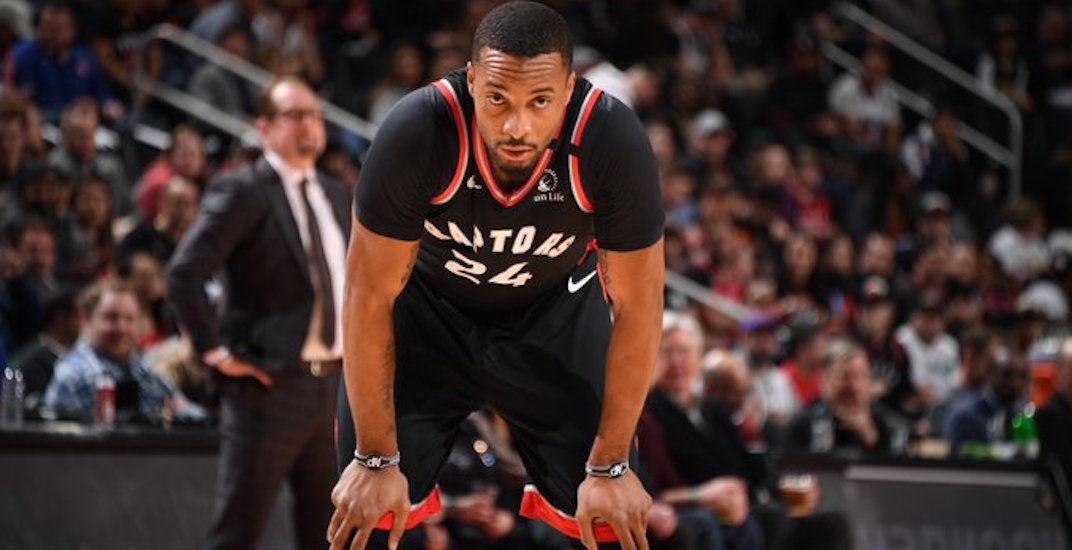 Norman Powell’s incredible season just better, as the Toronto Raptors guard was one of two players recognized by the NBA today.

NBA Players of the Week for Week 20.

Powell (East) and LeBron James (West) were named NBA Players of the Week, which is not bad company to keep, to say the least. It’s the first time in Powell’s five-year career that he has earned this honour, and it’s well earned.

The 26-year-old led the Raptors to a 3-0 record this past week, scoring an Eastern Conference-best 31.3 points per game. He also posted 2.3 rebounds and 3.7 assists, shooting .561 from the field.

Powell’s week included a new career high in points (37) on March 5 against the Golden State Warriors, and tying a career-high with six three-pointers March 8 against the Sacramento Kings.