In Vancouver’s Riley Park neighbourhood, a team of four food industry veterans are boldly setting off on the culinary and business adventure of a lifetime, as they launch their restaurant, Nomad.

Taylor Burnham, Scott Swanson, Ryan Reed and Matt van Dinther have been making Nomad a reality for the past year and half, and the restaurant is poised to open this week, if everything continues to fall into place.

It wasn’t too terribly long ago that Nomad’s kitchen was just a rough sketch on a napkin, and the beautiful table tops were trees near Burnham’s family’s Kelowna home. Truly a labour of love, the foursome have had their hands in the handiwork of the build out, down to the concrete floors. (You can learn much more about all their work on their Kickstarter page; in a bit of an ironic twist, the team was too busy building their restaurant to focus on promoting the Kickstarter intended to help them build their restaurant.)

Amidst the hectic pace of inspections, cleaning, menu prep, and tending to the innumerable finishing touches an endeavour of this magnitude requires, Reed and van Dinther took some time to sit down to talk about the Nomad philosophy of food and drink, and what diners can come to expect when they open for business.

The kitchen sits almost like a loft on the second floor, and not only has an opening that will allow some lucky diners on the balcony an up front view of the action, but also has a pair of windows that overlook the neighbourhood. Reed says that they’re going to take advantage of the windows for growing microgreens for use in the restaurant. 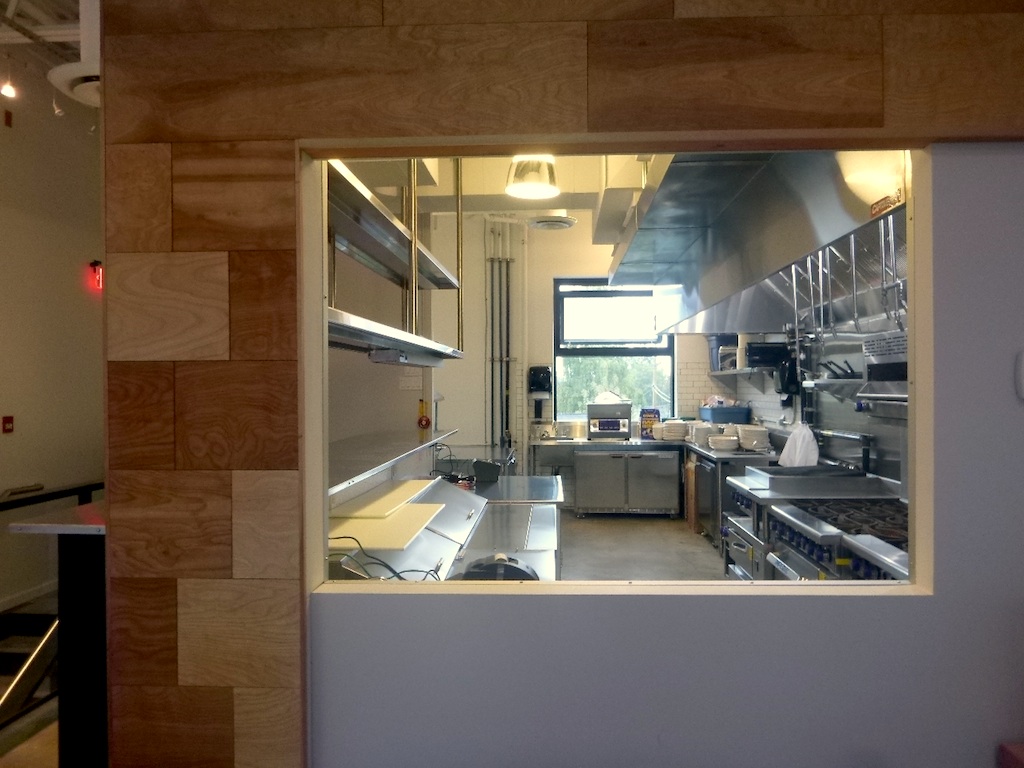 The space, which is new construction on the site of an old post office, is brimming with opportunities, include a prospective patio, and acclaimed neighbours like The Acorn, Burdock & Co, and the Shameful Tiki along Main Street who are part of the current draw to the area for discerning diners and locals alike.

Reed, a recent transplant to the city from Vancouver Island, acknowledges that it may be hard to stand out on the Vancouver restaurant scene, and while Nomad oozes the buzzword-y “farm-to-table” philosophy, the passion he and his partners share for delivering imaginative interpretations of locally-sourced ingredients is undoubtedly a powerful driving force.

For Reed, being all about the local and organic is more than just a mission statement. “We just think that’s how the world should be eating,” says Reed. “Eating locally and supporting our own economy. Not only that but fresh food is unbelievable. We live in B.C., why do you need to shop anywhere else?”

Despite the perceived limitations of seasonality, Nomad’s team intends to stretch the boundaries of B.C.’s bounty by making preserves, pickling, and fermenting fresh produce for use all through the year. Peaches selected by Reed at their peak this summer in the Okanagan may well appear deep in the winter when they emerge from the jars in which they’ve been carefully preserved.

B.C.’s mighty salmon isn’t off limits, but Reed hopes at Nomad they can show off some under-appreciated fish that live in the shadow of our famed Sockeye, so herring and mackerel might take the seafood centre stage instead. 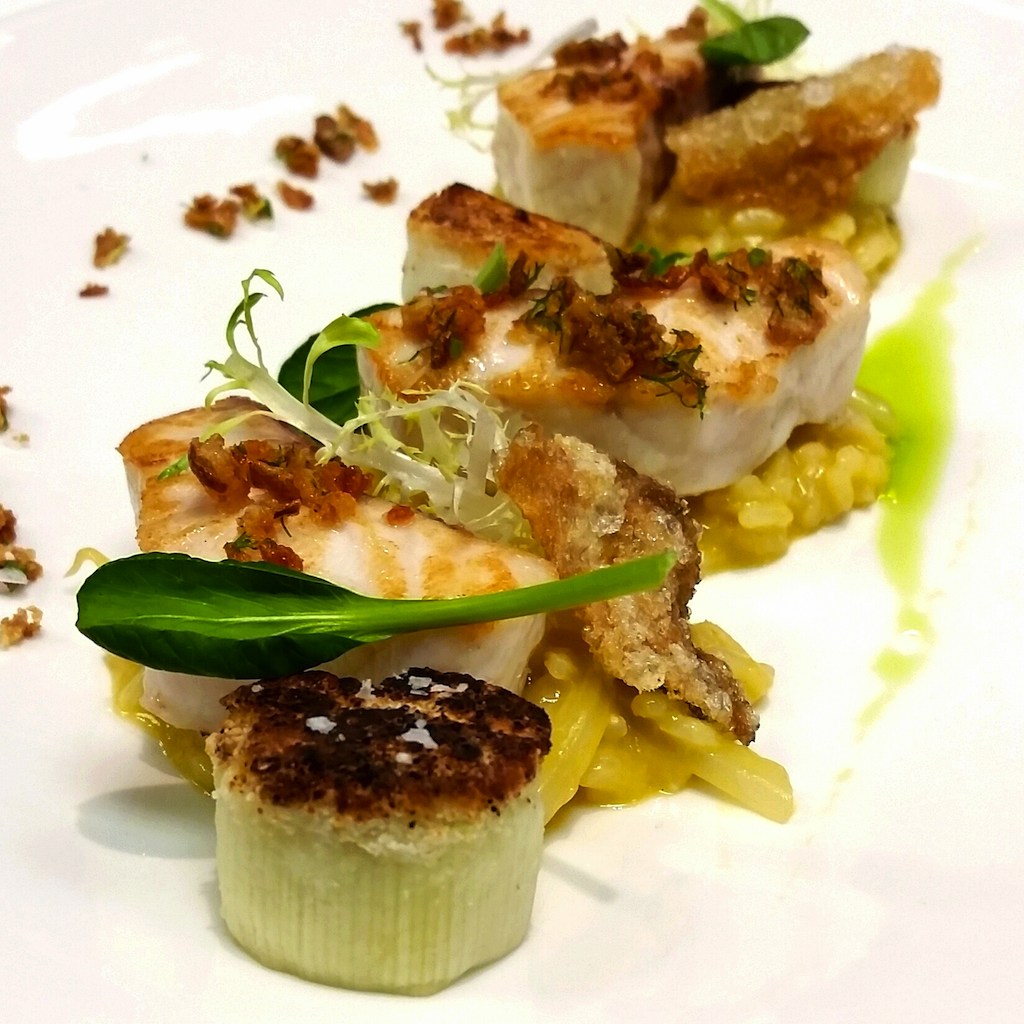 An avid forager, Reed intends to bring that instinct for hunting down the best items for their ever-evolving menu, and also hopes to bring local farmers on board to grow for Nomad.

Thanks to Vancouver’s “Greenest City” sensibilities, food waste management is a priority for Nomad, and the team is aiming to bring the restaurant’s carbon footprint down as close to zero as possible, and will have onsite organic waste management that will create compost and more growing opportunities.

The “nose-to-tail” concept is another hyphenate trend that is at the core of Nomad’s approach to eating. “We’ve got some lamb livers, hearts, tongues, sternums, hooves, noses–stuff that other people were going to throw away,” elaborates Reed. So does the “Chopped Canada” champ happen to have a lamb heart recipe in his back pocket? Absolutely. Nomad’s guests may see something like a Lamb Heart Terrine or Pickled Lamb Tongue on the menu.

Reed jokes that Vancouverites who may give a menu item like a Lamb Heart Terrine the side eye can try the dish for free, but it’s evident that even in talking about lamb’s tongues, Reed doesn’t give this approach to conscientious consumption mere lip service.

Ultimately, what Reed is talking about is an eater’s awareness of the potency of origin stories. “We’re going to do interesting things, and teach people on our journey to wherever Nomad takes us, to hopefully have a story with everything,” the chef explains. He points to the tables, the plates, and even the servers, as playing a role in Nomad’s tale-telling.

This kind of storytelling is manifested in the multifold beauty of the dishes coming from the kitchen and the cocktails concocted behind Nomad’s bar, and serve as a delicious way of teaching people the value of knowing where your food comes from.

“Kids care what they’re eating. I want to be a part of the change,” says Reed, who has a newborn daughter. “Nomad is our platform,” he adds, noting that the restaurant is a reflection of his team’s “thirst for teaching people what we know about food.”

Teaching and learning are a natural pair for Nomad, as are food and drink. Van Dinther says they go to the farmers’ markets and visit growers to draw inspiration for dishes and cocktails, with each finding their own use for a particular seasonal item, and then collaboratively for ways their creations can go together.

Like his compatriots at the stoves, van Dinther shares an appreciation for good quality ingredients for use in his cocktails. He’s been making tinctures and syrups, and is excited to meld them with locally-made spirits for a drinks list that also includes fantastic B.C. wines and local craft beers. “He’s a magician with a shaker,” says Reed of van Dinther. 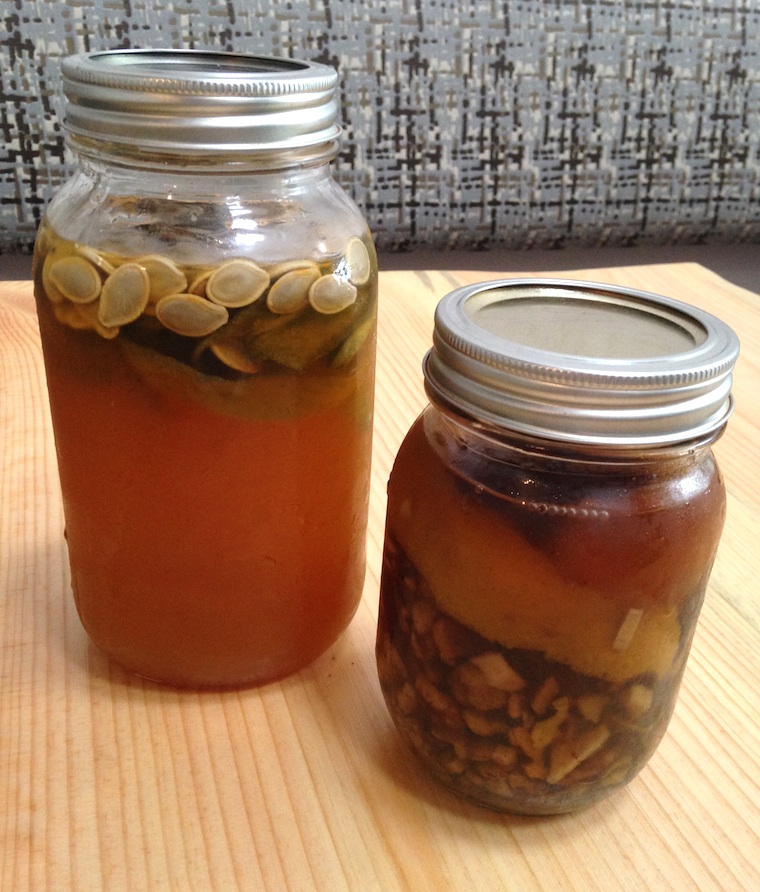 “I’m not trying to reinvent the wheel, I’m just trying to do things in a way that gets people thinking about cocktails, and thinking about what they are actually putting in their glass,” explains van Dinther. If you’re the Red Bull and Vodka type, you may not get your drink at Nomad, but you won’t be met with any pretensions about your order. Van Dinther says he’d rather stick to the recommendations on the Red Bull can that it not be mixed with booze, and would want to give his customer his take on those same flavours, and hopefully give the guest a fresh take on the drink.

“It’s my firm belief that if you come in here and want a Cosmo, then I’m going to do my best to give you the absolute best Cosmo you’ve had,” says van Dinther. 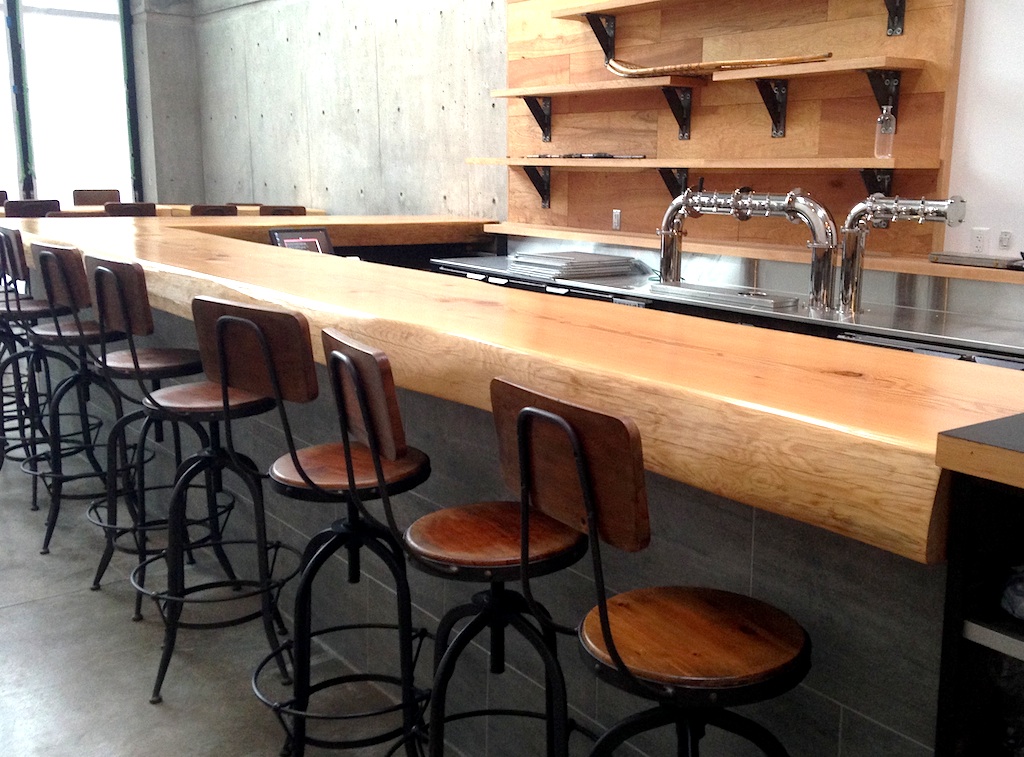 The bar, before getting filled for service (Lindsay William-Ross/Vancity Buzz)

Other innovations in your glass at Nomad will include the kombucha Reed has been making, along with a house made Sarsaparilla. At the bar, diners can check out a playful menu Reed has been designing for sometime–think comfort classics with a twist, like a “spam” terrine using house-cured ham–and families are welcome, too. Don’t be surprised if there’s a cloud of liquid nitrogen at the next table, as they make a little ice cream right then and there for a kid (or a kid at heart).

Nomad’s team wants to have their food and drink be priced reasonably so that it not only reflects the value in what they’re doing, but also so that it is approachable for diners in the neighbourhood, who deserve a night out without breaking the bank.

To give people the opportunity to enjoy Nomad’s range and pricing, they’ll have an “all-day” menu they’ll serve from 3 p.m. to midnight, and a dinner menu that starts at 5 p.m. Down the line, they’ll get a brunch service going, too.

Nomad will be having their soft opening in early November; keep an eye on their Facebook page for more details. 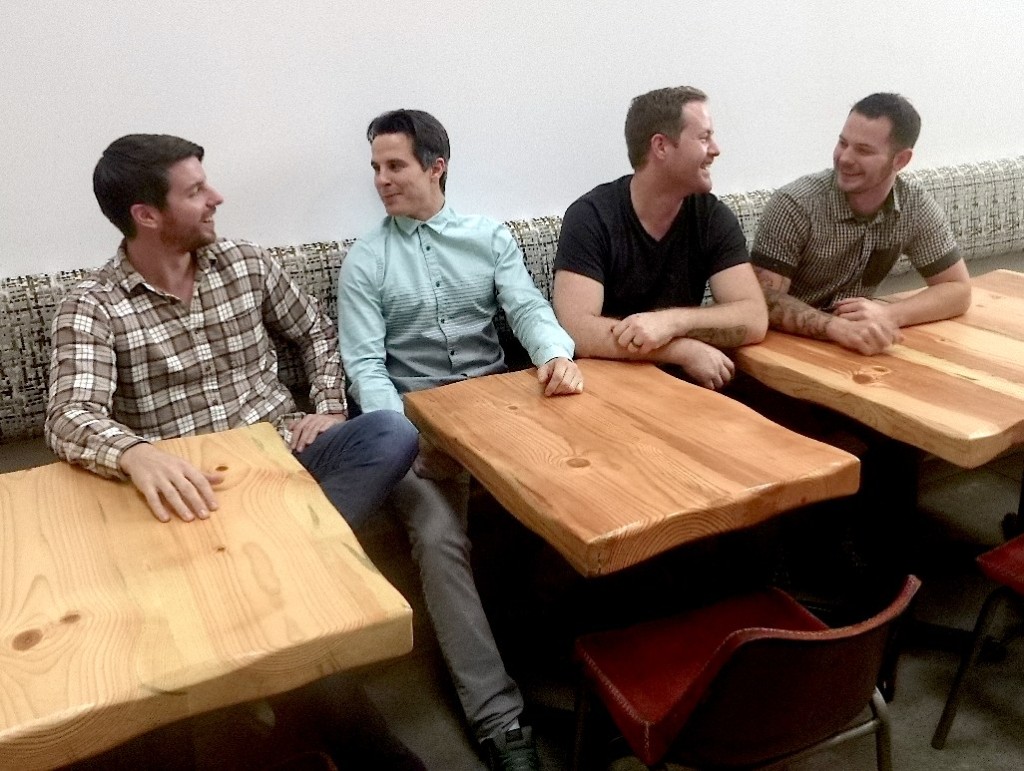 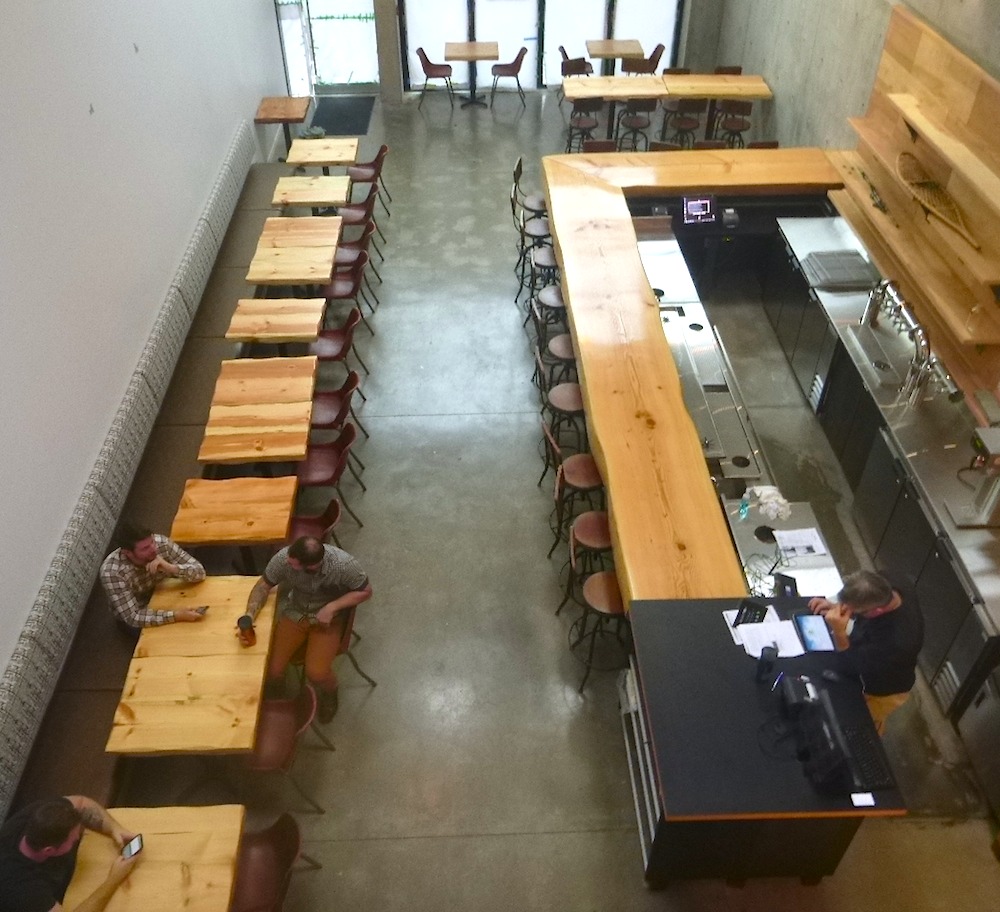 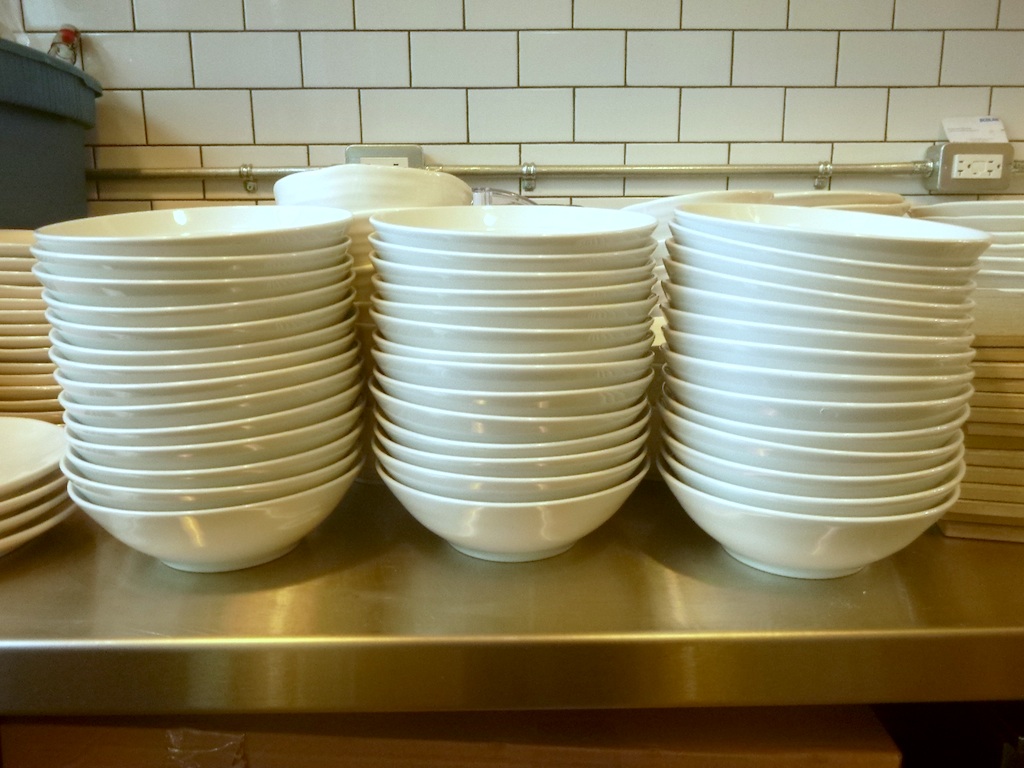