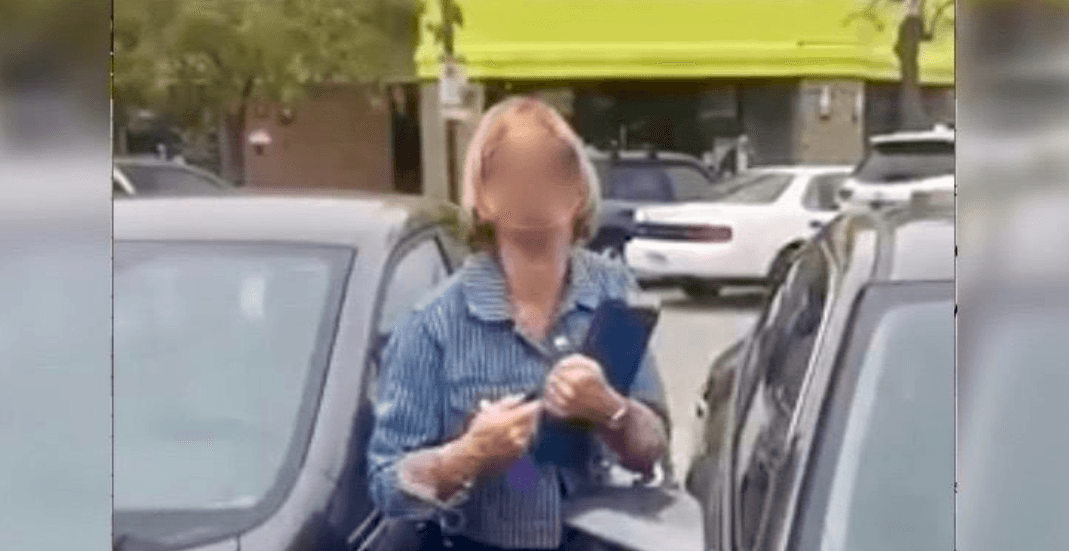 The woman at the centre of a racist confrontation in a Richmond, BC parking lot will not face criminal charges.

According to a statement, Richmond RCMP says they have “worked diligently to gather the required facts and evidence to make an informed decision as to how to proceed with this matter.”

“While we understand the contents of the video and interaction is disturbing and troubling, in consultation with the BC Prosecution Service it has been determined that this matter will not proceed to criminal charges.”

In the 15-second video clip, taken Friday, a middle-aged white woman walking between two cars unleashes a racist rant, saying: “We don’t want you here ’cause you can’t drive.”

The video has since gone viral on social media and many have called the woman out for her blatant racism.

Richmond RCMP is reminding the public to be aware of the comments they are making on social media about the incident as they “could be considered criminal in nature.”

“We can appreciate that the community here in Richmond and the extended community online feels strongly about comments made in the video, but we would certainly not wish for anyone to cross the line from spirited conversation to criminal cyberbullying,” said Insp. Sunny Parmar.

“We must respect this individual is still entitled to due process and has a reasonable expectation of personal privacy.”