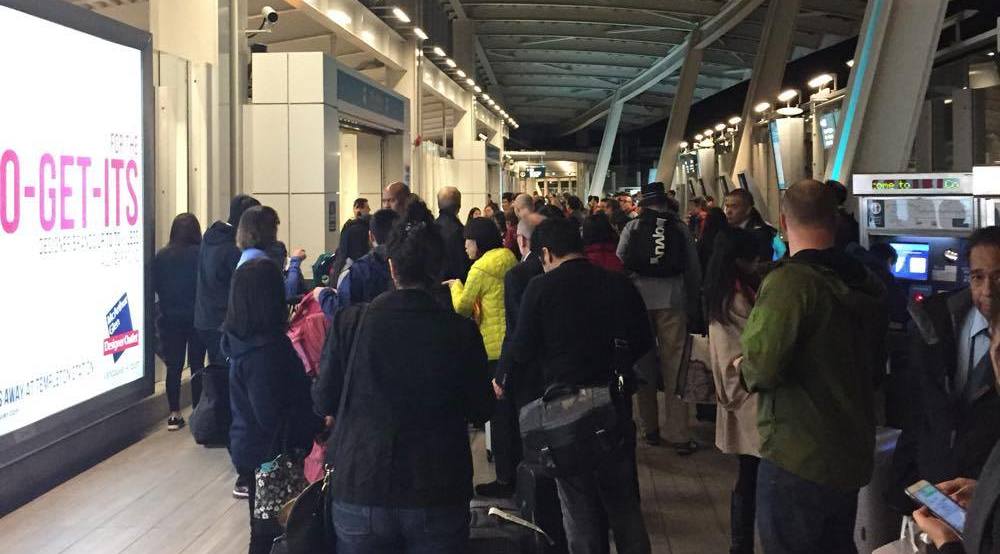 Trains on SkyTrain’s Canada Line are currently not operating to YVR Airport Station.

According to TransLink, trains are not running to the Vancouver International Airport terminal building due to a police incident.

Service disruptions began just before 8:30 pm this evening and it resulted in long queues for taxis at the terminal.

Hey @yvrairport. After 20 min wait my taxi driver says he doesn't understand line-up. He says lots of taxis 'waiting in the field'. pic.twitter.com/JOd2BnEWKY

Been standing in this 50-person taxi line at #yvr for two minutes and not one cab has shown up …god this city needs @Uber_Canada pic.twitter.com/brPUcby2uk