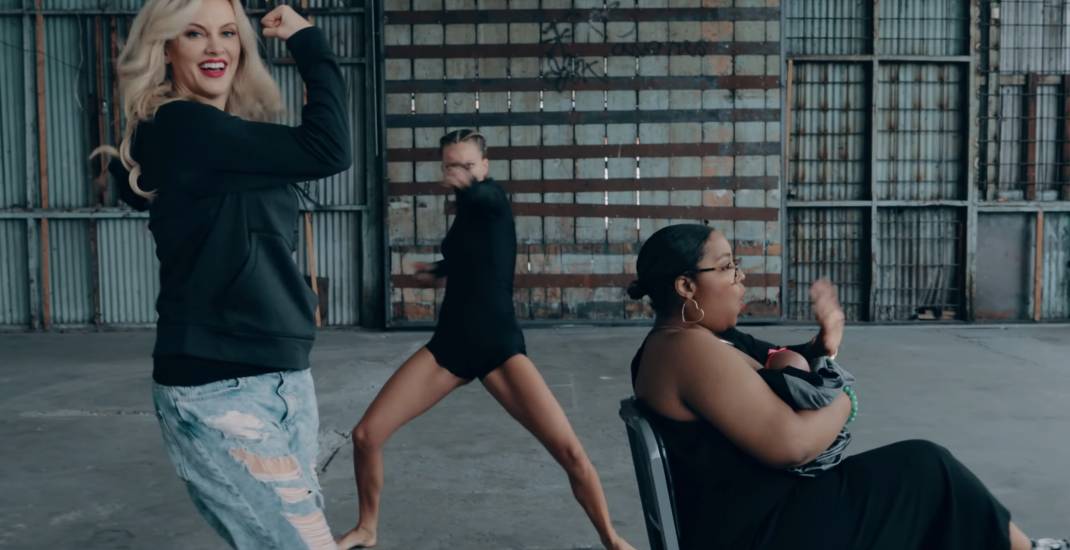 Canadian YouTuber Nicole Arbour has swiftly outraged the black community for her “women’s edit” of Childish Gambino’s This Is America.

A self-proclaimed comedienne, and former Toronto Raptors cheerleader, Arbour has made being overtly offensive her schtick – she has previously garnered all the wrong kind of attention for claiming that “depression isn’t real” and shaming fat people.

Her recent remake of the Childish Gambino music video piggybacks on its popularity while ignoring the political statements and themes made by the original work to promote her own white, questionably feminist agenda.

It’s hard to watch. Not just because of the blatant and insensitive cultural appropriation but also because it’s just so poorly executed. From the dancing to “rapping” and even the messaging interspersed with Arbour applying lip gloss is totally cringe-worthy.

Defending her intentions, Arbour has released a statement that only seems to reinforce her obliviousness.

A message about the misinterpretation of my #ThisIsAmerica Women’s Edit… pic.twitter.com/tRH0McxzD1

And while the video itself lacks humour, artistic integrity, and all around merit, the backlash on the Internet is a billion times more entertaining and insightful than Arbour herself.

Piggybacking off of something created to express the truth of the black experience in this country, is like “All Lives Matter”-ing our art. You could have made your own point in an important issue WITHOUT hijacking a different conversation from a POC

Many of us didn’t know who Nicole Arbour was a week ago.

The best thing that can happen is NOT for everyone to create their own version of #ThisIsAmerica. You don’t get to co-opt @donaldglover’s art just because it’s popular right now. Come up with your own idea if you’re feeling this strongly about speaking out.

What kind gentrified, colonized nonsense is this? Can someone call the cops and tell them @NicoleArbour kidnapped #ThisIsAmerica and tortured it 😩😩🤦🏾‍♂️🤦🏾‍♂️ pic.twitter.com/OIZchTBxnm

When someone releases a thought-provoking music video shedding light on injustices that cause systematic oppression for POC’s but you gotta remix about you.@NicoleArbour pic.twitter.com/bhYEEWnsYt

When do you plan on releasing your Women’s edit of Roots, 12 Years a Slave, Black Panther and Colin Kaepernick?

this song sounds like the white women at a feminist’s march that talk over the black women pic.twitter.com/AOFXDJpQ3G

I love how Nicole Arbour spoke the most degrading way about other women in the past and now shes trying to cash in on Childish Gambino´s success with the “woman edition” of “This is America” ,fuck right off with that backstabbing shit