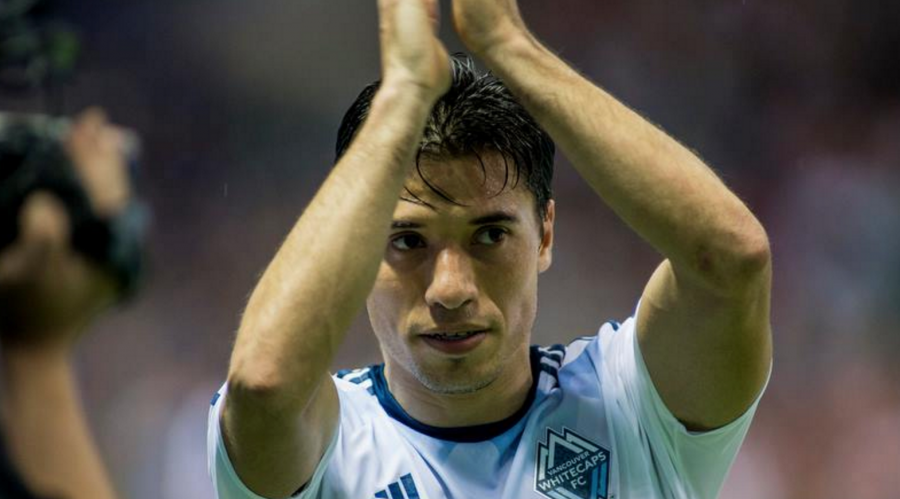 As a member of Rampla Juniors in Uruguay, Whitecaps FC midfielder Nicolás Mezquida found himself being owed four months of salary. It was time for him to leave the club and ply his trade in a different club, a different league and a different country.

“I had the possibility of going to Chile to play, my representatives were working and the chance of coming to MLS and to the Whitecaps came up and I didn’t think twice,” Nico told Daily Hive in a Spanish-language interview. “I had been following the league for a couple of years and I knew it was growing so when the offer came to come here, I didn’t doubt it.”

The league and the Whitecaps have grown tremendously since the Paysandú native arrived to Vancouver in early 2014. In the eyes of Mezquida, the Whitecaps’ growing success year after year can be attributed to one key factor, consistency.

“The core of the team has been kept throughout the years, there is always a couple of additions but it is always the same base and the coaching staff, which is hugely important because once you develop a rapport with a specific (coaching) project it is important to keep it going to keep improving.”

It is the addition of key players as time has gone by that has created a fierce internal competition for spots in Carl Robinson’s starting eleven. Mezquida is now in his third season with the Caps and many see him as being ready to feature in the lineup week in and week out. Nico himself feels ready to be given more responsibility and more minutes. While he has not seen the pitch as much as he would like, Mezquida remains humble and respectful of his coach’s decision and he knows that hard work will pay off sooner rather than later.

“When I look at myself I think I am the best player. I am always thinking positively because that helps me keep growing. I feel I have proven that I want to be in the starting eleven every week. It is the coach’s decision and he has decided to keep me out but I will be ready whenever I get another shot.”

So… Positives from the match. Mezquida's effort. Sam's crossing. Anything else? #VWFC

Positivity is one of Mezquida’s trademarks. When he is on the pitch, Carl Robinson’s side gets an extra dosage of energy. Nico makes a point of injecting enthusiasm into the way he plays the game and, more importantly, helping to motivate his teammates. Mezquida is often able to bring the best out of his teammates. When the Uruguayan is on the pitch, they seem to play better. They have an extra bounce in their step.

“In Uruguay I had a coach that taught me a lot and was very important in my development. He told me that when you are on the pitch you must always try to be contagious. You have to try to spread good football and good attitude. This is very important because the games have ups and downs. You can play very well for a 15-minute stretch and then the next 15 you don’t play so well. The other team gets possession of the ball, you may start feeling bitter and frustrated but I try to keep my head high and a good attitude.”

“For example, with Octavio, I think he is a great player, but sometimes when we don’t have the ball he can get frustrated so I get close to him and tell him ‘Cabeza, this game depends on you. The next ball is yours, you will win it’. I always try to encourage all the players so whenever we get the ball back they are in a good frame of mind, so we can play happy. I think that is important for me to be able to develop chemistry with my teammates.”

Pedro Morales is a teammate from whom Nico has learned a lot over the past two and a half years. Many see the Uruguayan as the natural replacement for the Chilean, his heir of sorts, the one anointed as the recipient of the torch from the maestro when he decides to move on.

When hearing the idea, a huge grin comes to Mezquida’s face.

“First of all, I am very thankful. Pedro is a great player. I have learned a lot from him. So when I hear things like that it makes me very happy. It is very nice that people appreciate your efforts on the pitch.” 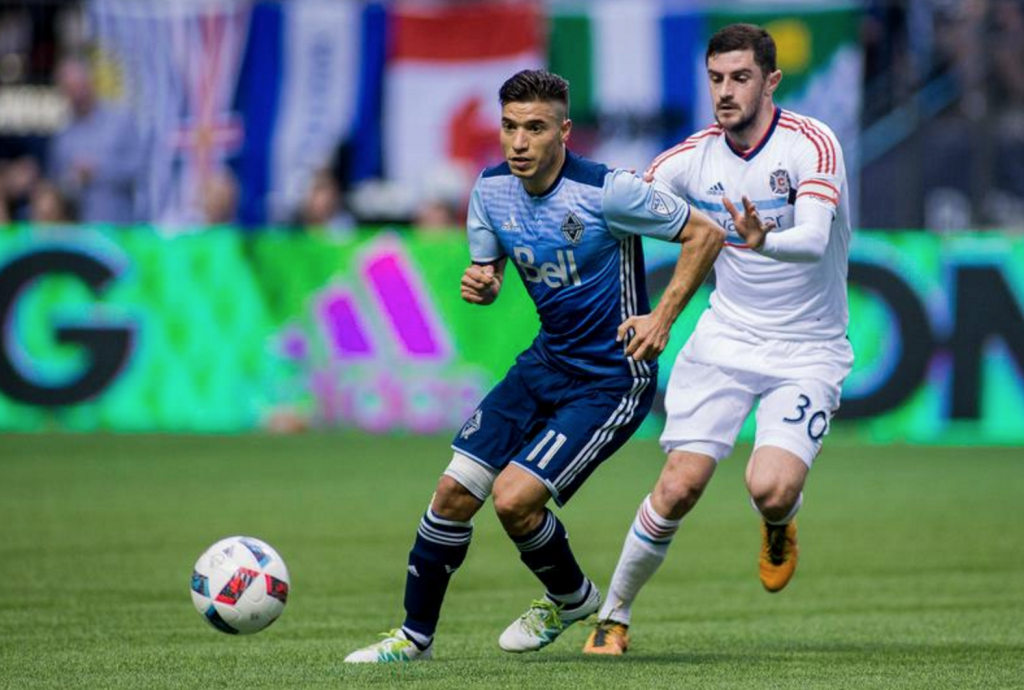 Morales is a player who was able to ply his trade in Europe playing in Croatia and Spain. Mezquida, as with the majority of footballers, dreams of maybe one day suiting up for a team in a European league. However, he is no rush and he is perfectly happy in Vancouver.

“Sure, I would love to play in Europe one day, in an important league. For now, I only focus on continuing to improve here and having a good season here. If an opportunity presents itself in the future, that would be great but at this point I am very happy here.”

“If the club offered me a contract until the end of my career, I would not think twice. For now, I see myself here, I enjoy Vancouver, I enjoy football here. If I had the chance to stay here long-term, I would be very happy, as I said, I feel at home here.”

Whether Nico stays long-term as a Whitecap or not depends on many different factors. One thing is certain though, while he is here, he will do his best to be a spark of positivity for his team.