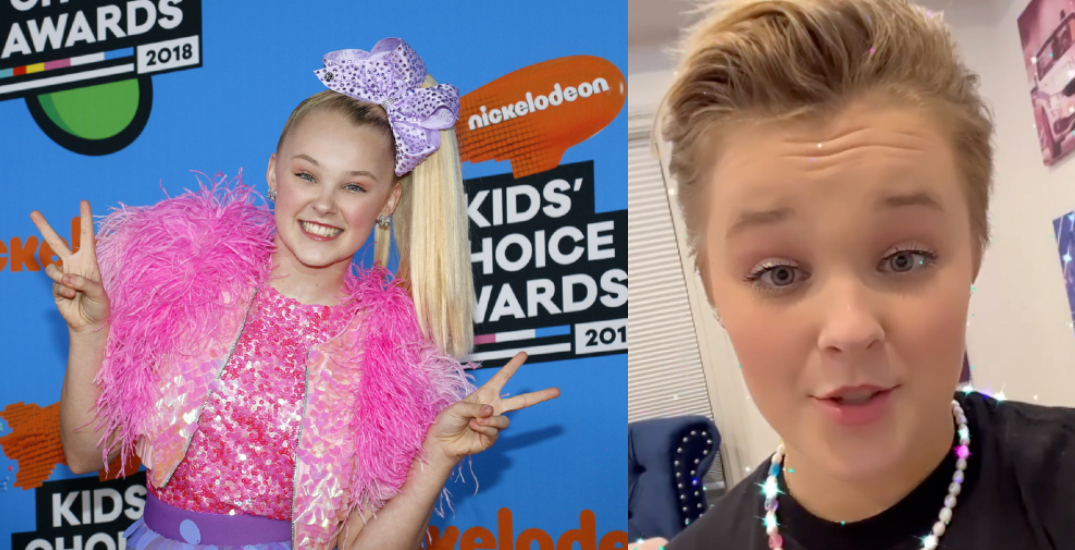 After fans asked the 18-year-old YouTuber and LGBTQ advocate about her suspicious absence, she posted a video on her Instagram on the night of the show answering their questions.

“A lot of you have been asking me why I’m not at the Nickelodeon Choice Awards tonight, and the answer is very simple — I wasn’t invited. I’m not sure why, but I just… didn’t get an invite.”

Fans suspect that the network’s decision not to invite Siwa — despite her nomination for Favourite Social Music Star and her song playing at the event — could be homophobia.

i feel so horrible for her, we all know why they didn’t invite her… https://t.co/2oHMypGsnh

you’re telling me that jojo siwa, the literal face for the kids choice awards for YEARS, wasn’t invited this year which so happens to be the year she has come out about her sexuality and cut her hair short… hm yeah ok nickelodeon you’re not very slick.

The YouTuber, who was among TIME’s most influential people of 2020, came out on social media last year. She alluded to her sexual identity on her TikTok before posting a photo on her Twitter, confirming it.

Last week, the star shared her new haircut on social media. In her photos, she can be seen with a short, half-pixie, half-undercut hairstyle, which was a foil to the high and tight side ponytail she has sported for years. The ponytail, paired with a bow, was hailed as her signature style.

Fans and celebrities alike came to Siwa’s defence. Jersey Shore star Snooki said she was going to write a note to Nickelodeon.

The only year that @itsjojosiwa didn’t get invited to the kids choice awards is when she comes out and cuts her hair?????? Sus @Nickelodeon

not snooki threatening to write a NOTE to nickelodeon for not inviting jojo siwa to the kids choice awards i’m losing my mind💀 pic.twitter.com/Qtm9aFPhFz

The young millionaire has worked with Nickelodeon since 2016 and officially signed with them in 2017. She has attended every Kids’ Choice Awards show since and was also the subject of a 2017 Netflix documentary about how she became a Nickelodeon star.