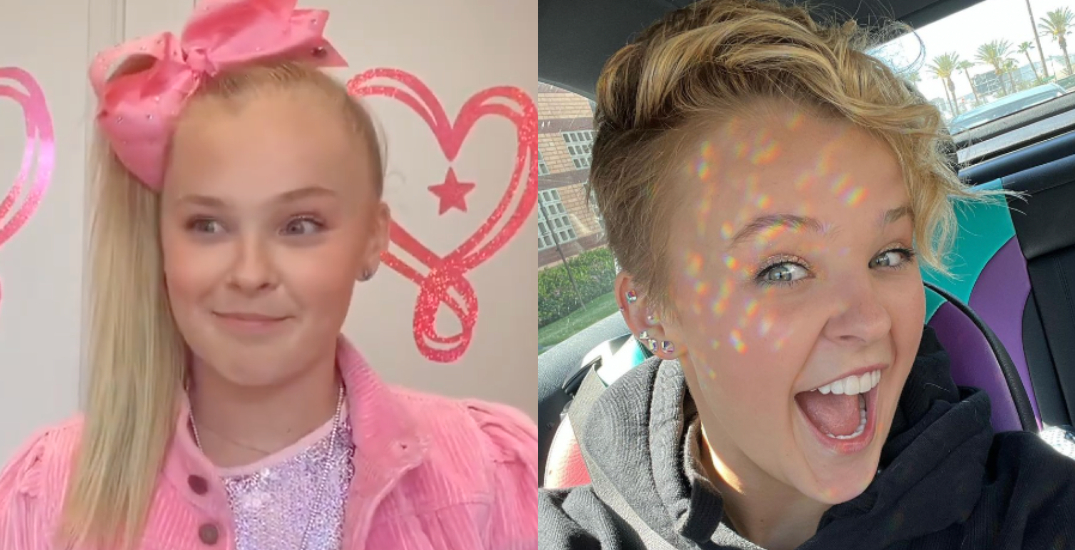 YouTube sensation and LGBTQ icon JoJo Siwa has bid farewell to her staple side ponytail and opted for an edgy side undercut instead.

The 18-year-old posted a clip of the deciding snip to her Instagram. “Mayyyyy have done something todayyyy,” she captioned it.

Siwa has been known for high, tight side ponytail which she usually wears with a large bow.

Fans flooded her video with positive comments and shock, and demanded a reveal for the drastic style switch-up. Siwa delivered, posting a photo of herself with a short, buzzed side pixie undercut soon after.

Her caption reads “HAPPPPPY” and she certainly looks like part.

The new look garnered an outpouring of compliments and encouragement from Siwanators — the official name of Siwa’s fans — and industry friends alike.

“It makes me so happy seeing you be and YOU. You look so beautiful bestie 🥺” wrote So You Think You Can Dance contestant and Siwa’s best friend, Ezra Sosa.

The YouTuber, who was among TIME’s most influential people of 2020, came out on social media last year. She alluded to her sexual identity on her TikTok before posting a photo to her Twitter, confirming it.

In the photo, Siwa can be seen wearing a T-shirt gifted by her cousin. It reads “Best. Gay. Cousin. Ever.” It has been retweeted nearly 150,000 times.

My cousin got me a new shirt pic.twitter.com/DuHhgRto7b