No, that wasn’t a misleading headline. It’s true, the Queensland Police Service has issued a ‘Be on the Lookout’ notice for Nickelback, the B.C. band everyone loves to hate.

“Police are on the lookout for these men who are believed to be impersonating musicians around Boondall this evening,” Queensland Police posted to their Facebook page on Tuesday (Wednesday, May 20 in Australia).

“Avoid the area. It may be hazardous to your hearing and street cred,” they add, along with hashtags #LookAtThisGraph and #NoFixedAddress.

The post is accompanied by an image mocking a ‘wanted’ poster, telling residents to ‘be on the lookout’ for the musicians, caricatured on the poster, followed by “Wanted for crimes against music.” 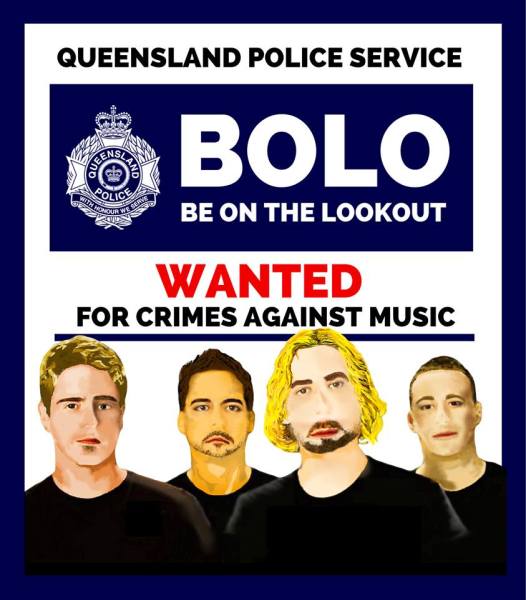 While the posts were all in jest, they garnered quite a bit of attention, including praise toward the police for their ‘banter’. Fans of the band also came out to support the musicians after the ‘fantastic show’ in Boondall, Brisbane Wednesday night.

“How can ya not like Nickelback? Mad rock band,” one commenter wrote.

Another tweeted at @QPSmedia, the Queensland Police Twitter account, “You deserve a raise. Not all cops. Just you.”

Nickelback has just begun the Australian leg of their No Fixed Address tour in support of their eighth studio album. The band continues on to Sydney, Newcastle and Perth before then heading to Japan and the United States. They last performed in Vancouver on March 15, 2015.

In 2013, Rolling Stone magazine readers voted Nickelback as the second worst band of the 1990’s. Creed took number one.