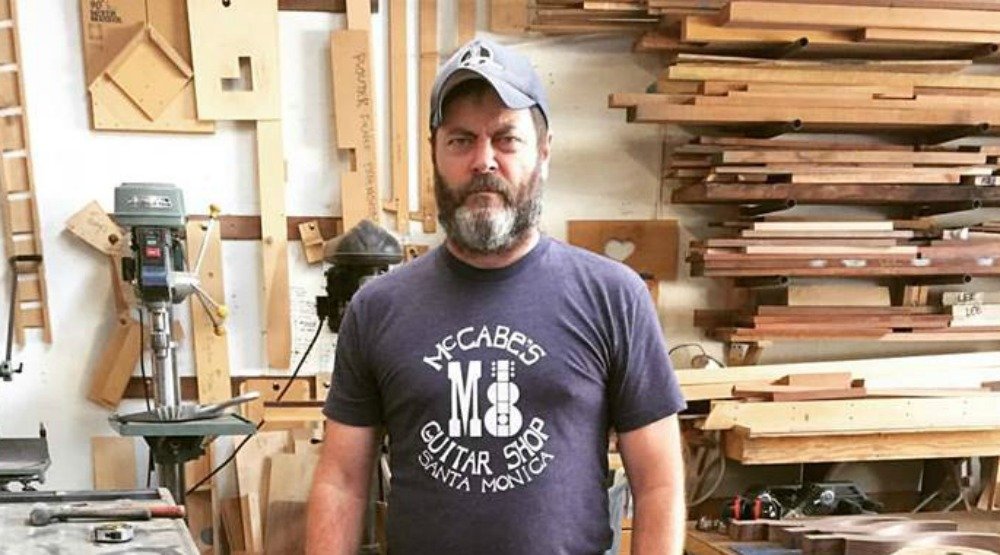 Comedian, actor, and woodworker, Nick Offerman, is hitting up Vancouver this fall.

The much-loved humorist has announced that he’ll be taking to the stage at the Orpheum on Thursday, October 5 as part of his ‘Full Bush’ solo stand-up tour.

Back by popular demand, Offerman kicks off his tour in September in Billings, Montana before he visits many other US cities including Portland, Seattle, Los Angeles, Nashville, Denver, New York, San Fransisco, and many more stops.

During his Vancouver show, you’ll get to hear him talk about living with enthusiasm, his sawdusty musings on survival in the wild, and most importantly, the cultivation of fulsome body hair.

The comic is best know for his role as ‘Ron Swanson’ on NBC’s hit comedy Parks & Recreation. He also starred in the Netflix special American Ham in 2014, and most recently toured with his wife Megan Mullally for their show Summer of 69: No Apostrophe.

Offerman also featured in the movie The Founder alongside Michael Keaton and in The Hero with Sam Elliot.

Tickets to Offerman’s Full Bush tour Vancouver show are on sale now starting at $39.50 via Live Nation. But we’re giving one lucky Daily Hive reader the chance to win two tickets for free. And it could be you simply by entering the contest below.

To enter to win two tickets to see Nick Offerman’s Full Bush tour Vancouver all-ages show on October 5, do at least one of the following:

3. Leave a comment below telling us why you want to see Nick Offerman live in Vancouver (1 entry)

Contest entries will be accepted from the time and date of publishing until 11:59 pm on August 1, 2017. One winner will be chosen at random and contacted through the platform they used to enter.