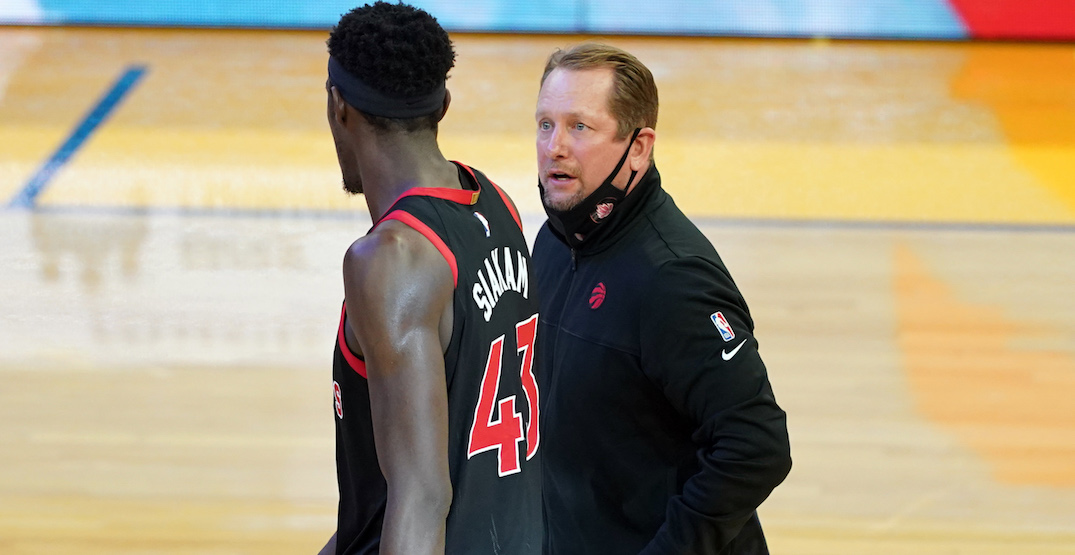 Pascal Siakam, Nick Nurse, and five other members of the Toronto Raptors coaching staff will miss tonight’s game against the Houston Rockets in Tampa.

The Raptors have announced that the six coaches won’t be on the bench due to “health and safety protocols,” which have been implemented this season due to COVID-19.

We later found out that Pascal Siakam will also miss the game, listed as out on the NBA’s injury report due to health and safety protocols.

Players, coaches, and staff can be put into protocol for a number of reasons (such as being deemed a close contact to someone testing positive), so this doesn’t necessarily mean that have COVID-19.

The coaching staff will continue to work remotely, the team said, with assistant coach Sergio Scariolo acting as head coach tonight. Scariolo was away coaching the Spanish National Team and just cleared quarantine after returning to the United States, according to a report from TSN’s Josh Lewenberg.