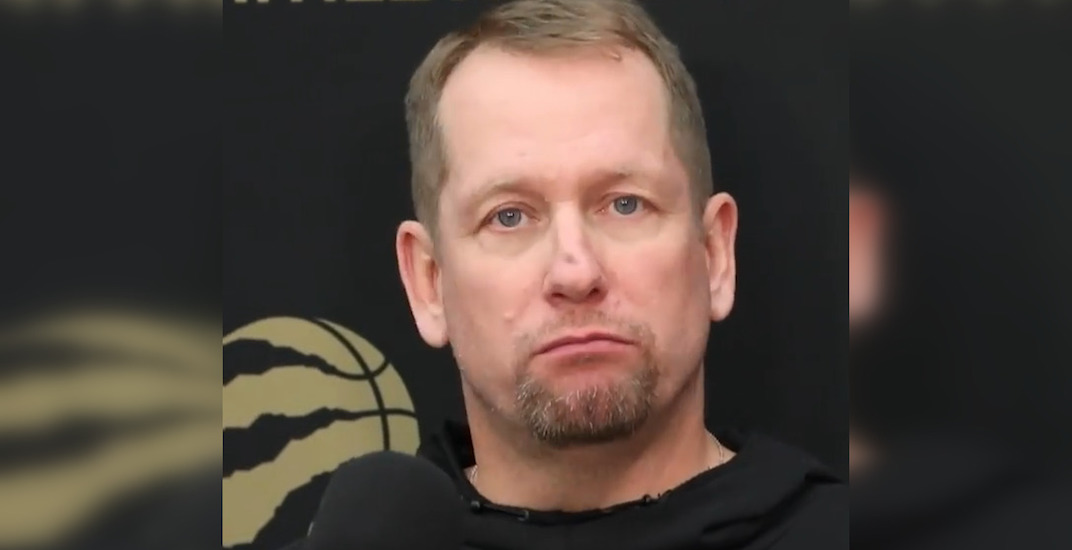 It isn’t exactly a ringing endorsement.

The majority of the core Raptors rotation from last year is returning and with them they are bringing an understanding of what it takes to play at an elite level on basketball’s biggest stage, but for the new guys – brought in to fill the void left by Danny Green and a guy named Kawhi Leonard – it doesn’t sound like they are grasping the concept.

In a media scrum following a recent Raptors practice, Nurse was asked about how the new [expected] rotational players like Stanley Johnson and Rondae Hollis-Jefferson we’re fitting in.

In his feisty response, the message was pretty loud and clear.

“Those guys have not understood A) how hard we play, B) our schemes, that defence is a priority for them etcetera. We’ve got some work to do with all the crew,” Nurse said, interjecting before the question was finished.

sooo uhh Nick what's been your impression of the new guys so far? pic.twitter.com/MvjjZlmwKb

The overall concern behind Nurse’s statement seemed to be that these new guys are too focused on when they’ll get a chance to score and not on working hard defensively.

Both Johnson and Hollis-Jefferson were first-round picks in the 2015 NBA Draft. They’re coming from teams that have recently struggled and have limited playoff success, so not exactly the championship calibre expected by Nurse.

With opening night six days away, the Raps head coach has sent his message.

“We’ve got some work to do. We’ve got to find who’s going to blend in quickly, defensively, with this crew.”

Toronto tips off the 2019-20 season on Tuesday, October 22 at home against the New Orleans Pelicans.