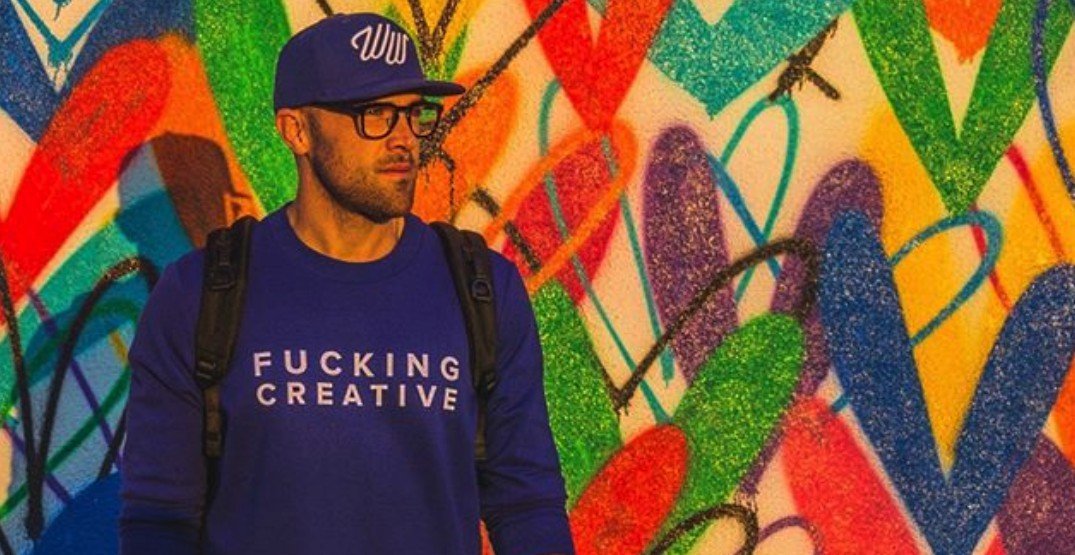 Vancouver is full of creative minds, and Nick Harborne is one of them.

Harborne has been working as a creative in the world of marketing for over 12 years and has collaborated with large brands, agencies, and startups.

He has also started a number of his own brands, including The Whisky Wisemen, which has gone from being a local Vancouver whisky club to a globally known name, with chapters in New York, Toronto, Melbourne, Miami, and the Cayman Islands.

Daily Hive caught up with Harborne to talk about being a creative, the marketing industry, and what projects he’s currently working on.

How did you first know you were a creative person?

I knew very early in life, my parents used to put giant pieces of paper in front of me and let me draw for hours. But it really wasn’t until high school where art classes became electives. I joke with my friends all the time about getting straight A’s (I was in the 86% club), but all I took were drawing, painting, photography, and any other kind of art classes.

How and why did you get into the marketing industry?

It was a very easy transition. After school, I interned with an animation studio called Bardel Entertainment and designed characters for a cartoon series called Edgar and Ellen. I’d then make the move across the country to Montreal where I scored a really cool job as an Art Director with a large events company called Track Entertainment.

Being able to create massive set designs, visually stunning pieces that thousands of people would see, was what made me want to be in the space even more. It was just a natural fit.

You’ve been in the industry for over a dozen years – what are some of the biggest changes you’ve seen and gone through over that time?

I’m starting to feel old! Twelve years is a long time to be in one specific industry, however, technology changes so fast these days that I constantly have to keep evolving with it. I think the most drastic change I’ve experienced was the switch from print to digital. Watching the iPad come out and seeing how everything became mobile was a hard pill to swallow.

Why did you start The Whisky Wisemen?

Six years ago, my friends and I were all getting settled into our careers and relationships. We never saw each other and wanted to actually dedicate one day every month to meet, drinks amazing whisky, and just do what boys do. But we didn’t want to just sit around drinking, we wanted to give back to our local communities – and that’s how it started.

After a year of doing these Third Thursday events, the brand started to get recognized and all our girlfriends were begging us to come. Once it became open for everyone, that’s when we started to branch off into other cities.

What does the future of The Whisky Wisemen look like?

We have such a massive future ahead of us. Our CEO Lesley Brown has really taken the reins of the business. She’s built our private members group “Club Wise” which does some of the coolest activations four to six times a year. We have just finished our second year of “Be Wise” (a huge TED Talk-style speaker series that ends in a whisky festival).

But I think the coolest evolution to the brand is starting to push into the RTD (Ready to Drink) space. We already have an insanely loyal fan base, so it only makes sense now for the Whisky Wisemen to have our own whisky cocktail in a can. That will obviously contribute a kickback to local charities of course.

What are you working on right now? What titles do you have?

I’ve been in the middle of building out a number of very large brand strategies. After helping other companies like Shoes.com rebrand their image or turning a local online furniture company ‘Cymax’ into HomeSquare, it’s gotten the attention of some other major players. My biggest passion though has always been on the success of growing The Whisky Wisemen into a globally known brand. As for my title, I hate titles. I’m a Creative, a Fucking Creative to be exact.

What does that mean, to be a Fucking Creative?

Fucking Creative was derived out of my close friend group – them all being suits, and myself being the only “Creative” in our circle.

My friends usually introduce me as their “creative friend,” so one day I made a shirt that had giant bold letters “FUCKING CREATIVE” on it and wore it to a professional event. It definitely stirred up some great conversations but what I noticed was all the other creatives (designers, photographers, painters) started to spark up conversations with me immediately. So I bought the URLs fuckingcreative.co and .ca and made a clothing store so others like myself could do the same.

What do you love about working and living in Vancouver? And what needs improvement?

The balance of living and working – being able to live in such a beautiful city with so many outdoor activities. The problem with Vancouver though, is that it just doesn’t value creatives the way other cities do (and I’m talking about compensation).

It’s definitely starting to change though. You have agencies like HCMA that are really pushing the boundaries in making the city a work of art. The Vancouver Mural Festival is starting to explode on another level. Art Rapture is opening the doors for really cool up and coming artists to showcase their work.