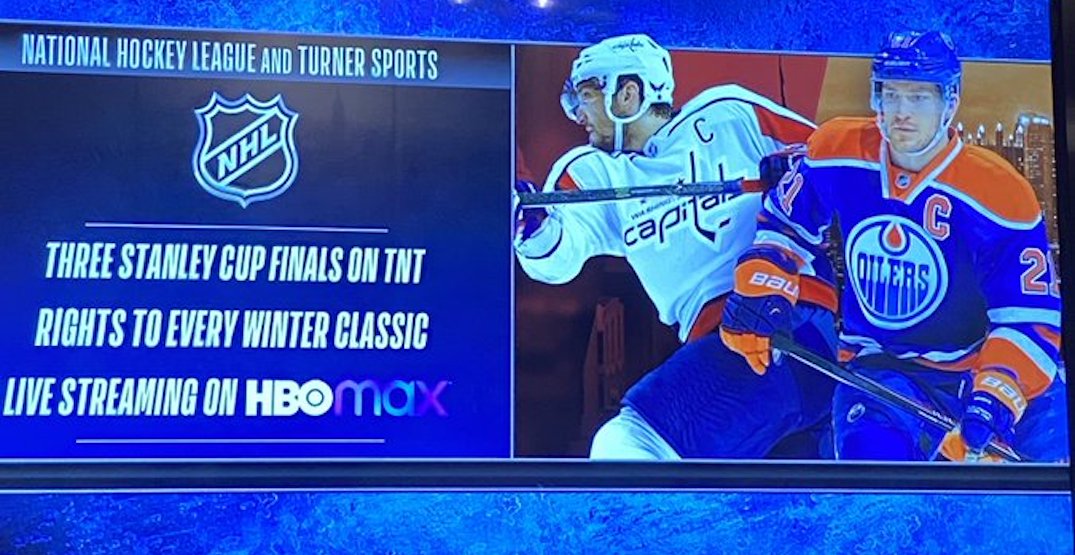 I mean, he’s only the best player in the world.

The company ran a graphic during their NBA on TNT coverage about the new NHL partnership, highlighting what Turner will be offering as part of the deal. The graphic included two NHL players: Washington Capitals star Alex Ovechkin alongside Ference.

The new US media deal has been split between Turner and ESPN, who announced their deal a couple of weeks ago. Turner will carry three of the next seven Stanley Cup Finals, all of the Winter Classic games, and 72 regular-season games a year as part of a seven-year deal.

Clearly it would have made more sense to include McDavid in the graphic since he is the best player in the league and is currently playing, while Ference has not played since the 2015-16 season. TNT has lots of time to brush up on their hockey knowledge before next season.

Ference was able to see the humour in the whole situation.

…and my wife thought I was throwing money away on that Google Ad buy. https://t.co/a7jlrSsOkc pic.twitter.com/XtaBNojjys