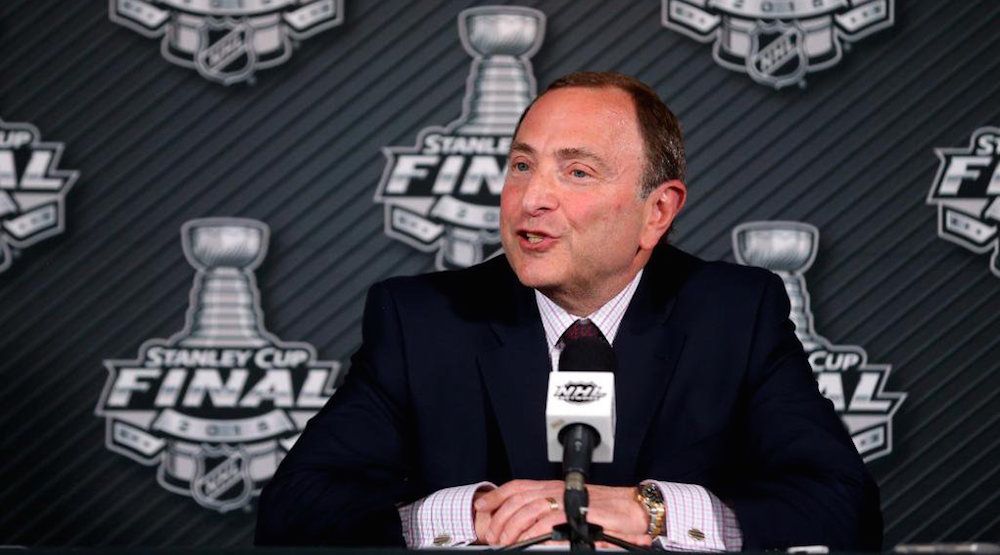 That’s obvious when you look at how much players are getting paid these days, with the highest NHL player salary topping out at over $15 million in 2018-19.

But for as rich as the sport makes its players, it generates a heck of a lot more money for the NHL’s billionaire franchise owners. And the rich are getting richer.

The NHL welcomed its 32nd franchise on Tuesday, as Seattle pays $650 million to join the club. That’s up from the $500 million that Vegas paid just two years ago.

That money will be split up among the 30 pre-existing owners (the Golden Knights don’t get to cash in on expansion fees yet).

With a valuation of $1.55 billion, the New York Rangers are the most valuable team in the league once again. They generate more revenue ($253 million) and have a higher operating income ($107 million) than any other team in the league.

The Toronto Maple Leafs retained their spot as the most valuable franchise in Canada, listed at $1.45 billion.

The Montreal Canadiens generated more revenue ($239 million) and had a higher operating income ($102 million) than the Leafs, but slotted in at No. 3 again with a $1.3 billion franchise valuation.

The Vancouver Canucks (worth $735 million) increased in value by just 1% from last year, dropping their standing from eight spot down to number nine.

The other four Canadian teams each dropped a spot in the rankings from last year.

Both Albertan teams dropped one spot each, with the Edmonton Oilers sitting at 13 and the Calgary Flames at 20. Ottawa dropped three spots to 23.

The least valuable team in Canada are the Winnipeg Jets, who dropped one spot down to 27.

Here’s the full list of NHL franchise valuations, according to Forbes: 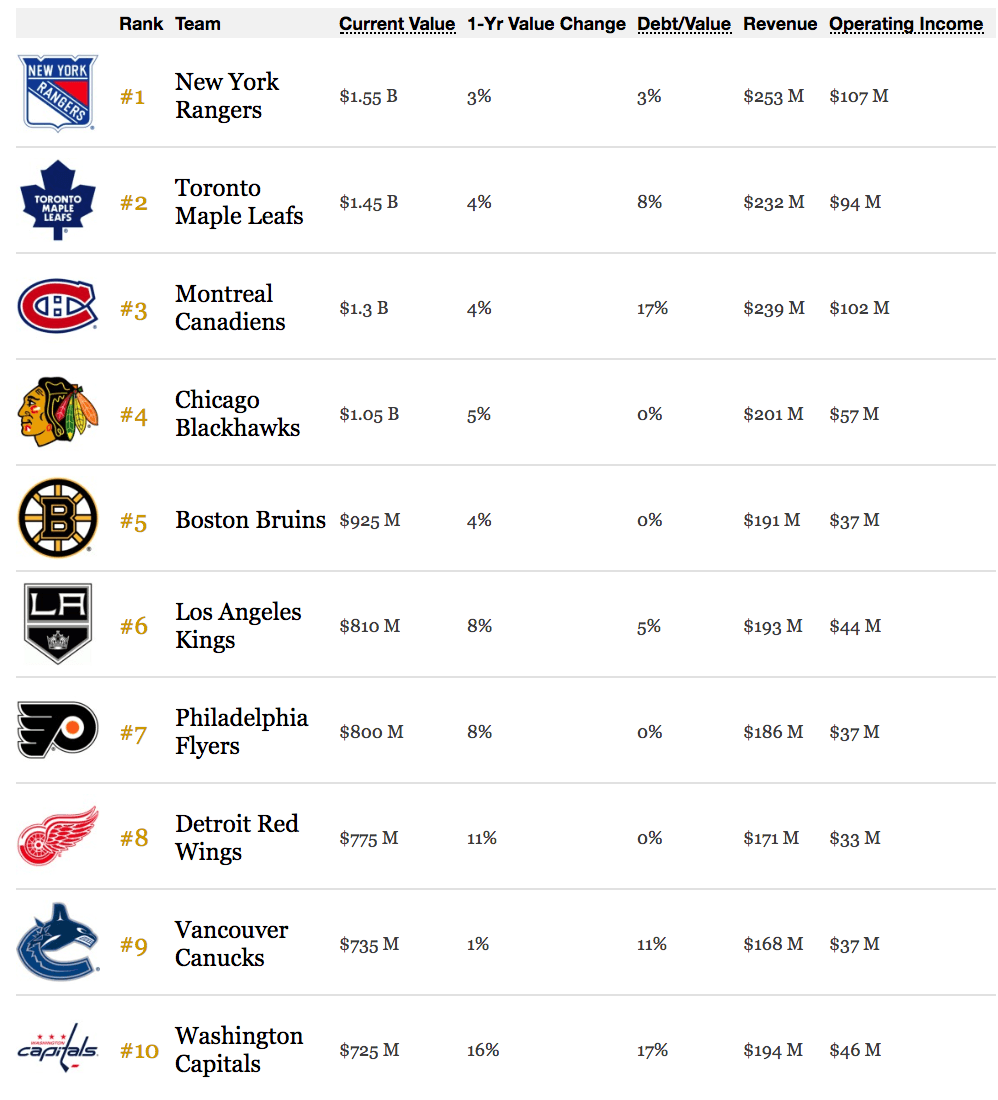 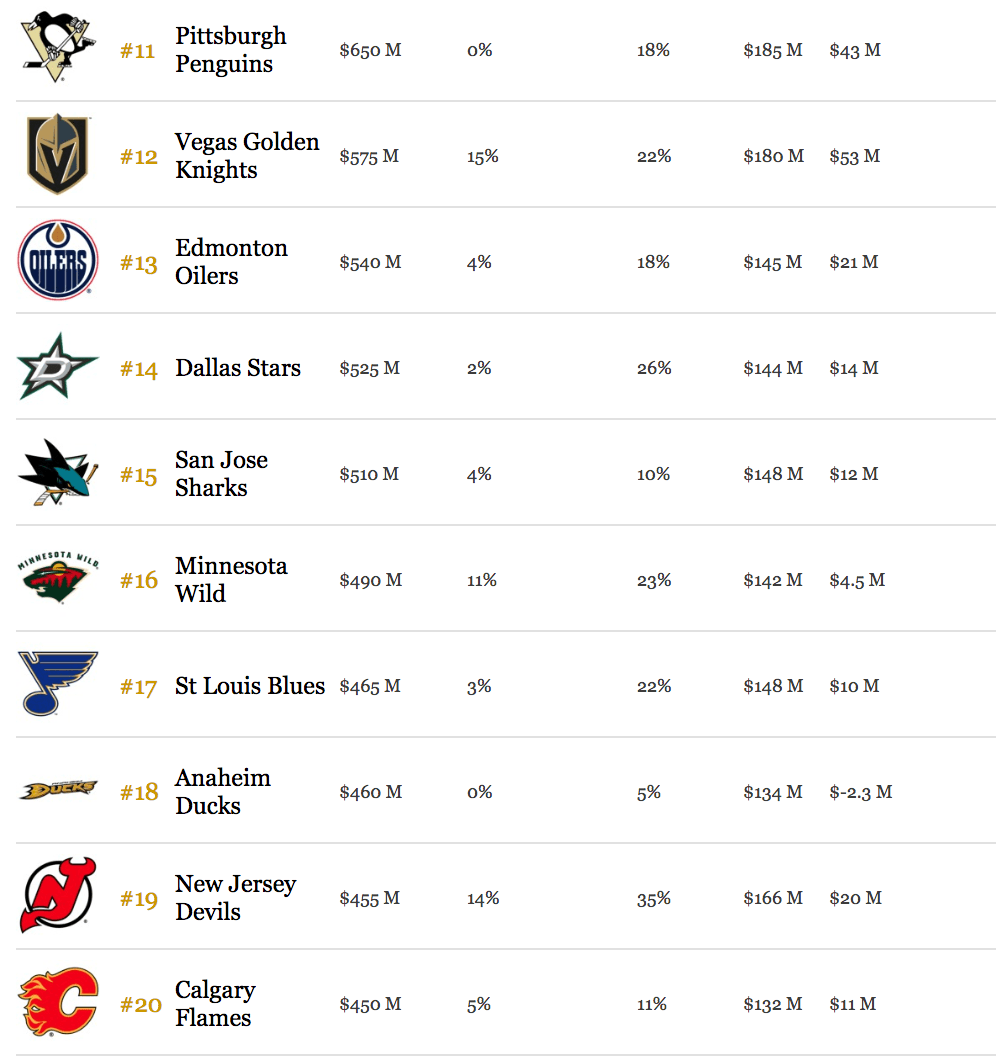 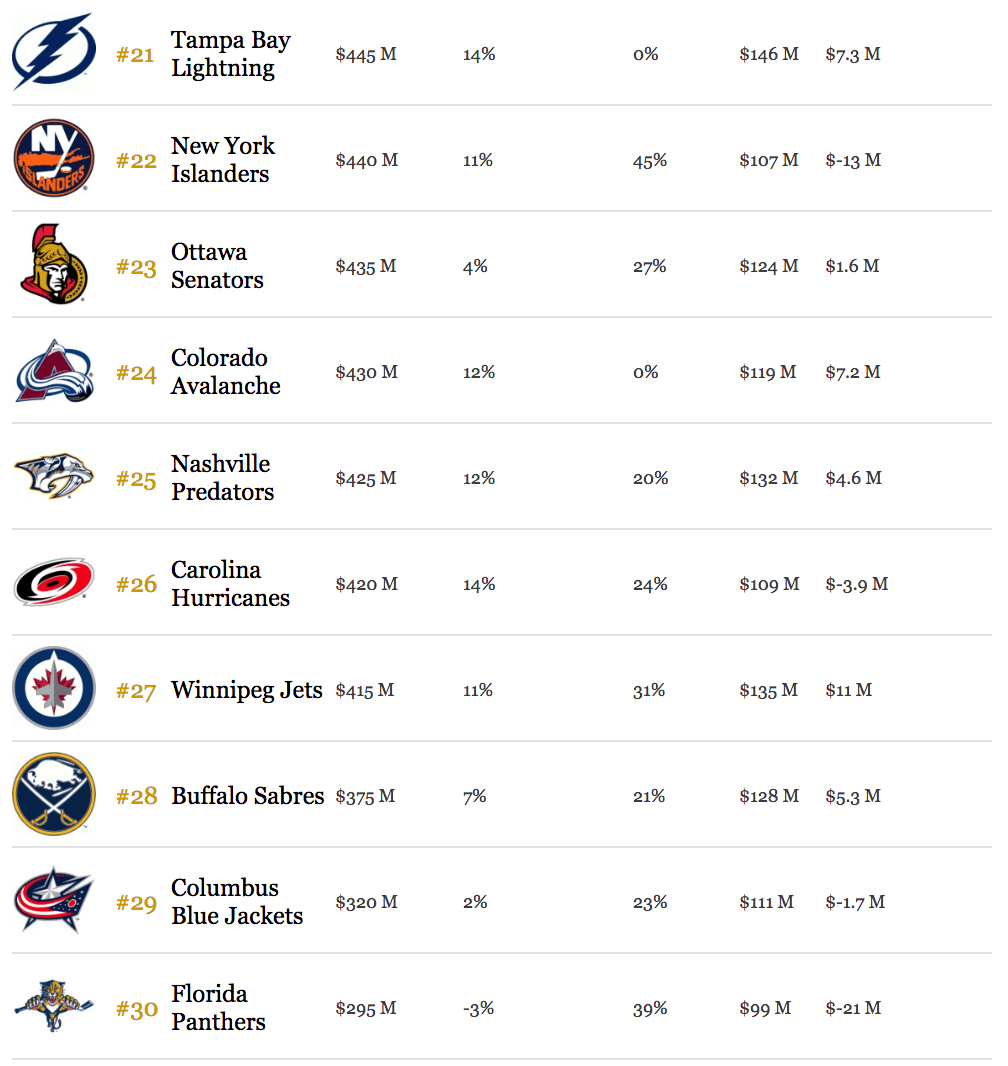