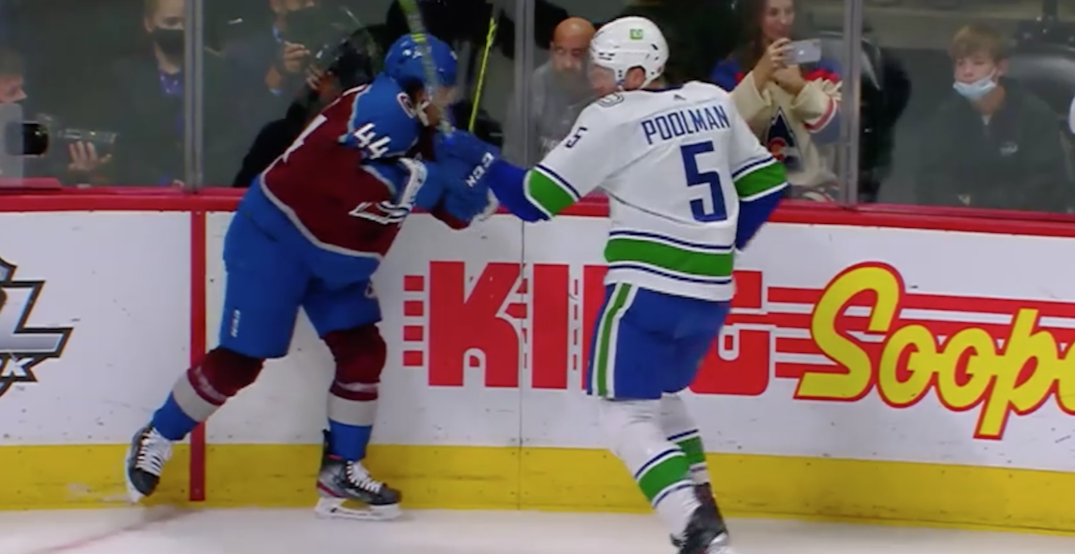 Poolman was assessed a match penalty for deliberately swinging his stick at the head of Colorado Avalanche forward Kiefer Sherwood during last night’s blowout loss.

“This is not a hockey play. This is an intentional and retaliatory stick swing that strikes an opponent directly in the head, and such actions cannot be excused,” an NHL Department of Player Safety spokesperson said in a video explaining the decision.

Based on his average annual salary, Poolman will lose $25,000 during the suspension.

The Canucks will now be without three defencemen for the next two games on the road, as Travis Hamonic can’t travel to the United States until he receives his second vaccine dose, and Luke Schenn is injured. The team called up Madison Bowey from Abbotsford earlier today.

Vancouver is reeling after a 7-1 loss to Colorado on Thursday. “We should be embarrassed,” Bo Horvat said bluntly after the game.

The Canucks have back-to-back games in Las Vegas and Anaheim this weekend before returning home for a rematch against the Avalanche.