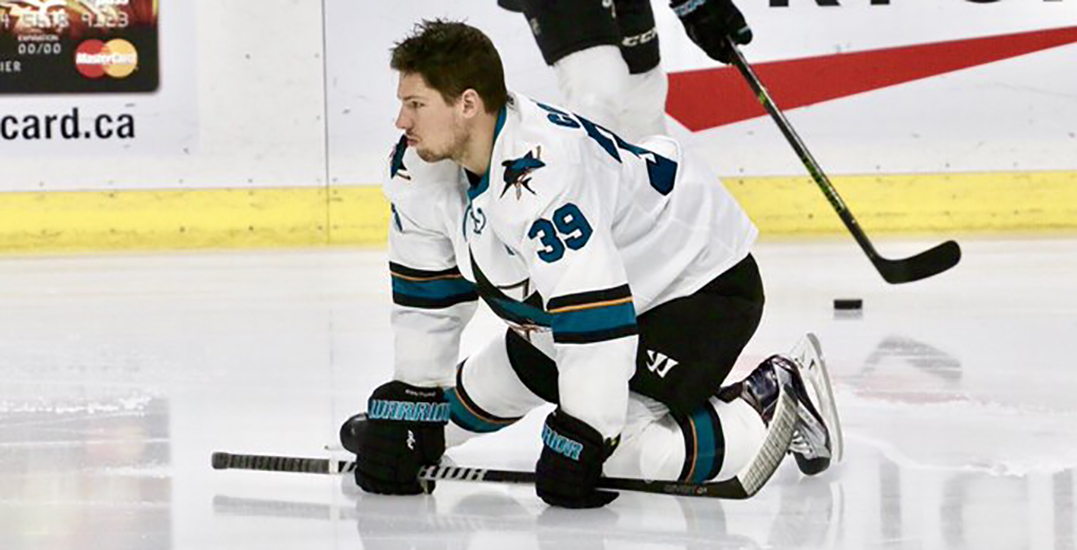 NHL player Logan Couture says that he was punched in Toronto after sharing his political views.

The San Jose Sharks captain took to Twitter on Wednesday and says that he was talking about “voting for the Republican Party.” He adds that he “mentioned Donald Trump by name” and alleges that he was “sucker punched.”

“Is this really what we are coming to? If you vote you are a villain?” he writes. “Man this world is so wrong.”

I spent last night in Toronto Ontario. I talked about voting for the Republican Party, and I mentioned Donald Trump by name. I was sucker punched. Is this really what we are coming to? If you vote you are a villain? Man this world is so wrong

At the time of writing, the tweet has received more than 10,000 retweets and comments.

And while the details leading up to the alleged exchange are unclear, Coutre says it’s because he mentioned his dad was a police officer and that he “‘would’ if he could vote Republican.”

Saying my dad was a police officer and I “would” if I could vote republican.

In another tweet, which has since been deleted, Couture wrote that he was “wrong for going public with his political views.”

Spoiler alert: Logan Couture listened. This is what he learned. We gotta be very careful moving forward on who we award the title ally to. This is a whole ass mess. 😩 pic.twitter.com/PM4LfWVsYp

Couture later issued a statement addressing his tweet, in which he said that “bringing politics to his platform is wrong.”

He ultimately says he regrets making the incident public and apologizes to the San Jose Sharks as well as his family.

“I hold myself to a high standard and I apologize for any of my comments that were poorly worded and do not reflect my true feelings or beliefs,” Couture writes.