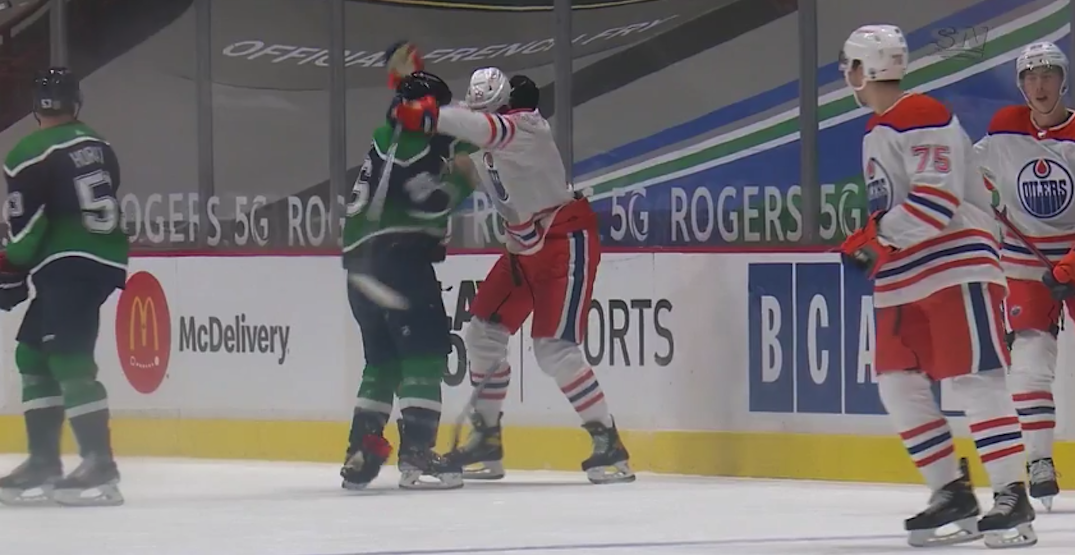 Antoine Roussel is a little lighter in the pocketbook today.

The NHL has fined the Vancouver Canucks winger $5,000, the maximum allowable under the Collective Bargaining Agreement, for roughing.

Vancouver’s Antoine Roussel has been fined $5,000, the maximum allowable under the CBA, for Roughing Edmonton’s Jesse Puljujarvi.

The incident occurred with less than five minutes left in the second period of last night’s crushing 4-3 loss to the Edmonton Oilers. Roussel was quick to drop his glove and deliver punches to the face of Oilers winger Jesse Puljujarvi, who was an unwilling combatant. Roussel received a two-minute minor penalty, sending Edmonton to the power play. Puljujarvi was cut on his nose but was able to continue playing.

The Canucks blew a 3-0 lead in the game — a devastating blow to their ever-diminishing playoff odds.

“We’ve got to show some more maturity than we have,” added defenceman Tyler Myers.

“Quite frankly we had some individuals that didn’t play well tonight,” said head coach Travis Green.