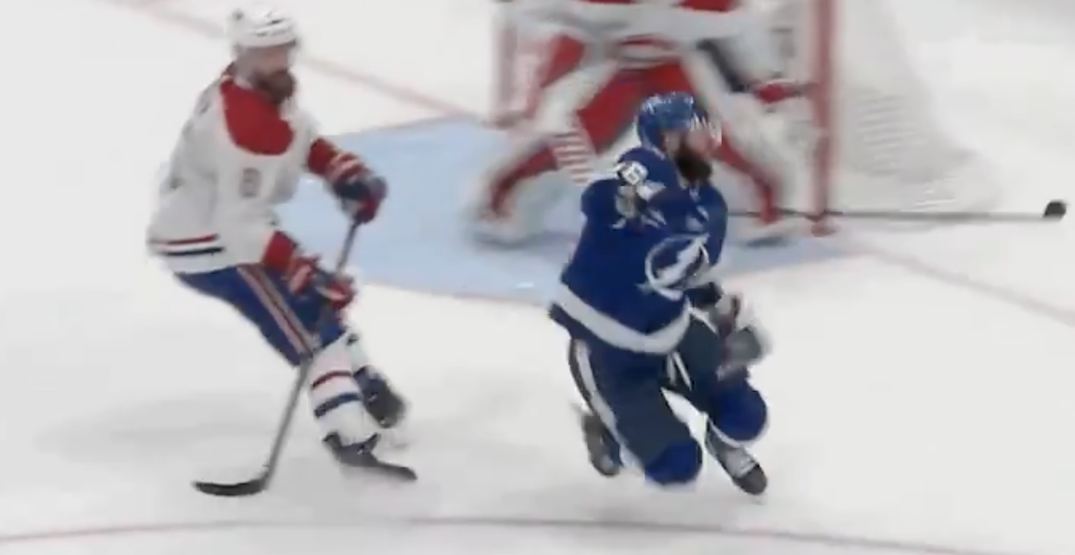 Shea Weber has been fined $5,000 by the NHL following an incident that occurred during Game 1 of the Stanley Cup Final.

The Montreal Canadiens defenceman slashed Tampa Bay Lightning forward Nikita Kucherov in the back of the legs during a late third-period power play.

Kucherov, who leads the Stanley Cup Playoffs in scoring with 30 points in 19 games, fell to the ice after the slash but got back up and appeared to be uninjured on the play.

The $5,000 fine is the maximum allowable under the Collective Bargaining Agreement, with the money going to the Players’ Emergency Assistance Fund.

The Weber slash was one of many ugly incidents late in Game 1, as the game got chippy with the Lightning extending their lead in the third period, eventually winning 5-1. Brendan Gallagher was left bloodied after he was slammed to the ice during a scrum by former Habs defenceman Mikhail Sergachev.