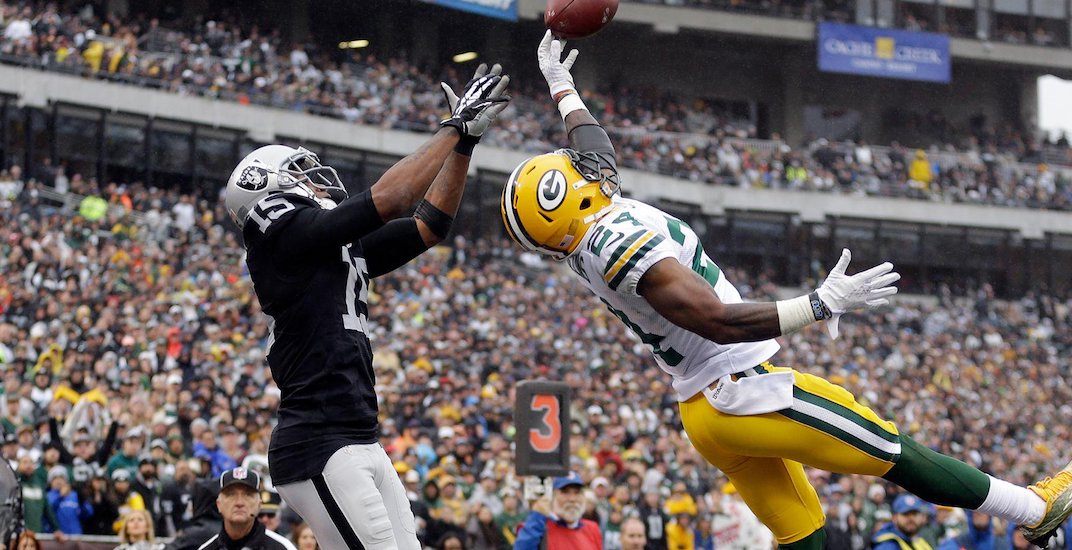 The Oakland Raiders are in discussions about playing a preseason game in Canada this summer, and the location they’re looking at will probably surprise you.

According to Justin Dunk of 3 Down Nation, the city of Regina is in talks with the Raiders about bringing an NFL preseason game to Saskatchewan this August.

“The deal has yet to be finalized and could fall apart but the signs of it happening are pointing in the right direction,” Dunk reports, adding that speculation is the opponent could be the Green Bay Packers.

The Raiders’ relocation to Las Vegas was approved in 2017, but Sin City won’t have a stadium ready to play in until 2020. That leaves the Raiders in an uncomfortable situation in Oakland, giving them incentive to hold games in neutral sites.

The NFL, which is scheduled to play four games in London (including one Raiders ‘home game’) and another in Mexico City, has not held a game in Canada since the Buffalo Bills’ five-year run of games in Toronto ended in 2013.

Previous to the Bills’ test-run at Rogers Centre, the NFL last held a Canadian preseason game in Vancouver at BC Place between the Seattle Seahawks and San Francisco 49ers in 1998.

The Saskatchewan Roughriders are scheduled to play two regular season home games in Mosaic Stadium this August (August 1 and 24), so organizers would need to work around those dates. Mosaic Stadium has a seating capacity of 33,350, but that can be expanded to 40,000 for special events like the Grey Cup.

Either way, that’s well lower than the Oakland-Alameda County Coliseum, which holds 56,057 for football.