A newly wedded Richmond couple visited the Vatican with the intention of giving Pope Francis a Canucks jersey — and believe it or not, they really did it.

Joe and Marion San Jose got married on Saturday, and flew into Rome on Monday. They dubbed their journey “pilgrim-moon,” and joined an audience in the thousands outside St. Peter’s Basilica, with the pope.

The couple traveled to the Vatican to have their marriage blessed by the pope. When the pope approached him, Joe handed him the jersey. The pope apparently looked confused, but quickly grinned and took the jersey.

“He got that we were from Vancouver and knew what hockey was,” Joe told Vancity Buzz. “He smiled and pointed at it and passed it to one of his helpers.”

The jersey was numbered 15 and had Pope Francis written on the back.

“He doesn’t speak much English and he didn’t really talk to other couples but he was excited that we got him such an unusual gift, other couples bring religious items or souvenirs from their country so his face lit up when he saw it,” said Joe.

After the encounter, Joe took to Facebook to share his short but rather sweet conversation with the pope:

“He then blessed us and walked away.”

So there you have it. The pope is now a Canucks fan. 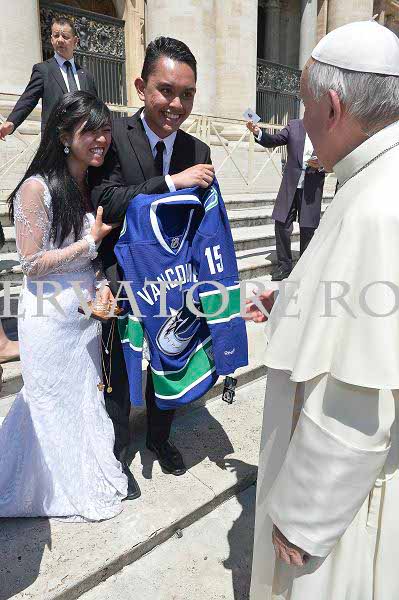 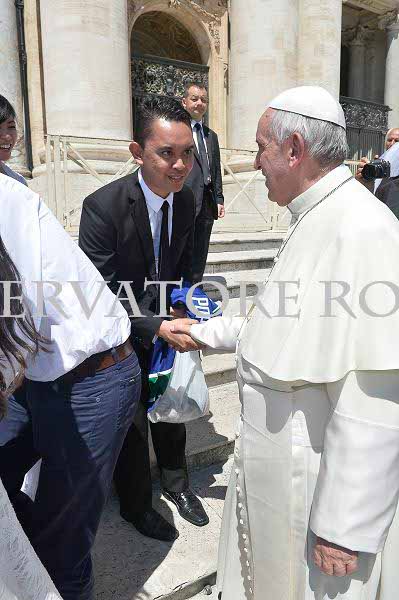