A new major Canadian airline will be launching its first flights next month, and it has major plans to go head on against its competition in key markets.

Abbotsford International Airport (YXX) in the Lower Mainland will be serviced with regular routes to Regina, Winnipeg, and Saskatoon, running weekly or biweekly. 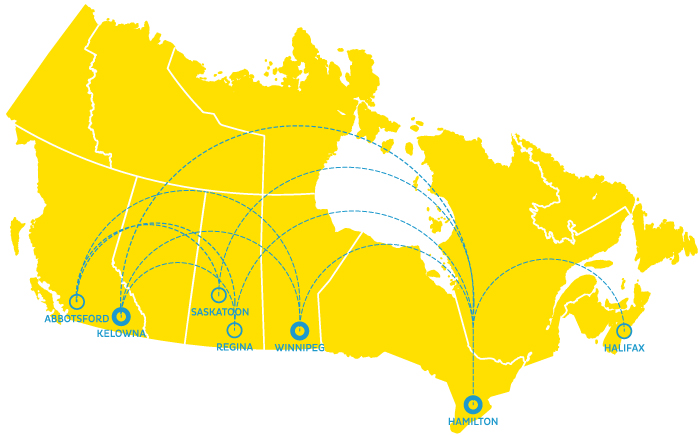 The Winnipeg-based company has already begun advertising flights, which cost as little as $89 one-way – including all airline fees and taxes. For instance, three and four-hour-long direct flights from Abbotsford to Saskatoon or Regina will cost $89 while the most expensive flight from Kelowna to Hamilton will cost $149.

However, that does not include a $25 fee for both carry-on and checked baggage and other fees for priority boarding and in-flight drinks and snacks.

The airline will use a fleet of 150-seat Boeing 737-400 aircraft, supplied by Kelowna-based Flair Airlines, a partner company.

“We want to spread the love to Canada’s smaller airports because of their laid back atmosphere, cheaper parking and awesome baggage handling,” reads a statement on the company’s website.

There are also no plans to operate daily routes within the foreseeable future, as the company is focused on tapping into the vacation market, but there are plans to potentially expand to American destinations such as Las Vegas and Arizona.

Last fall, WestJet launched a new route from Abbotsford to Las Vegas, with one-way flights starting at less than $112.

See below for the full flight schedule and chart of prices. 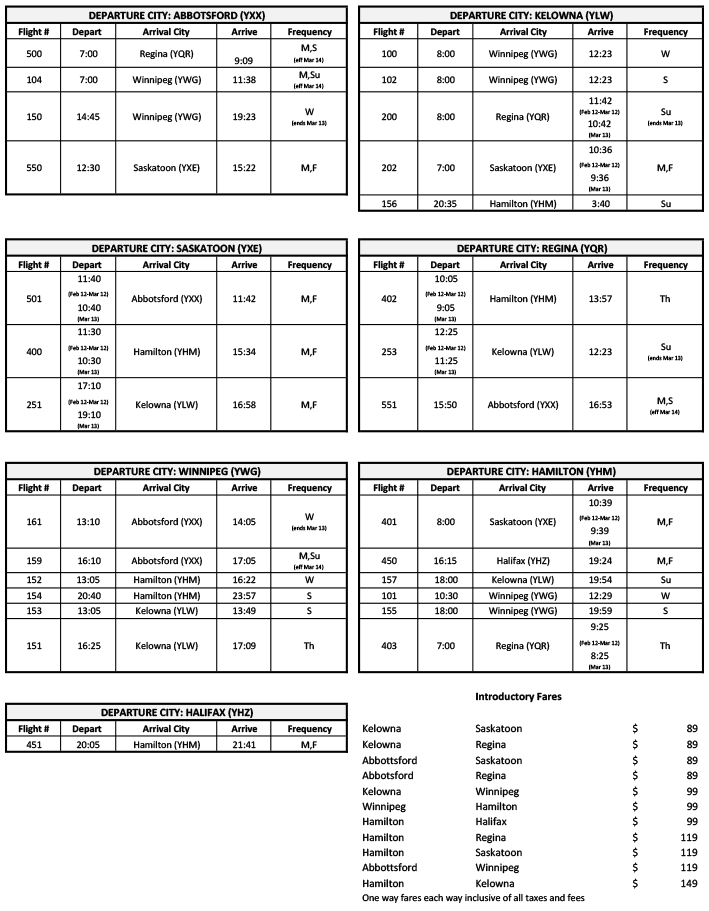